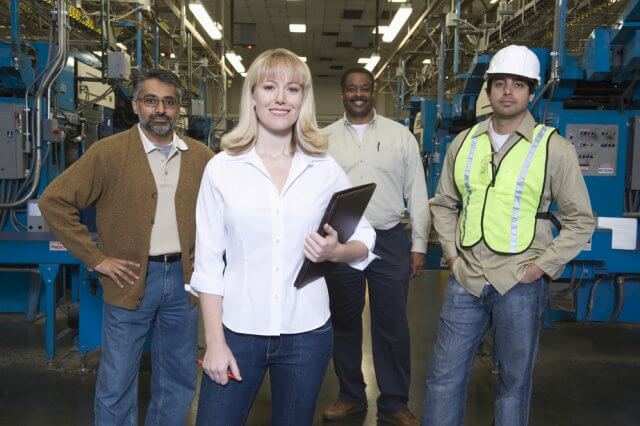 On Monday, the focus will remain on the European Industrial Production m/m data; however, the data is low impact and may not drive major market movements. Therefore, the technical side may drive further trends in the market.

The EUR/USD prices were closed at 1.18435 after placing a high of 1.18740 and a low of 1.18099. Overall the movement of the EUR/USD pair remained bullish throughout the day. The EUR/USD pair rose for the 3rd consecutive day on Friday amid the rising risk-on market sentiment and more hawkish comments from the ECB. The market’s attention was on if the ECB would mention the recent appreciation in the local currency.

The ECB President Christine Lagarde said that ECB members had noticed the single currency’s recent strength, but there was no policy change to address given the rise as there was nothing to worry about. The recent rise was attributed to the improving economic data after the restrictions imposed due to coronavirus were lifted and economic activities started.

However, ECB’s more positive comments, even the Eurozone, have entered into a deflationary period, giving further strength to the single currency and the pair EUR/USD posted gains.

On the data front, the German Final CPI in August remained flat with the expectations of -0.1%. At 11:00 GMT, the German WPI in August dropped to -0.4% from the expected 0.5% and weighed on a single currency. At 13:00 GMT, the Italian Quarterly Unemployment Rate dropped to 8.3% in August from the forecasted 8.4% and supported a single currency that helped the EUR/USD pair rise and post gains.

Furthermore, the upward trend in EUR/USD pair on Friday was also supported by the Eurogroup and other European Union finance ministers who met in Berlin on the day and facilitated the growth in Europe.

The strong U.S. dollar kept the gains in EUR.USD pair limited at the ending day of the week. Meanwhile, the latest Brexit worries with no progress from both sides also kept the EUR/USD pair’s gains limited on Friday.

On the coronavirus pandemic front, the cases in many European countries rose back to March levels and forced governments to re-impose restrictions to curb the spread. The latest surge in coronavirus cases was attributed to August’s vacations when many tourists visited a handful of destinations. Another reason could also be the fact that schools were reopened in August. These rising cases from many European countries kept the gains in EUR/USD pair limited.

The GBP/USD pair was closed at 1.27946 after placing a high of 1.28656 and a low of 1.27624. Overall the movement of the GBP/USD pair remained bearish throughout the day. The GBP/USD pair extended its previous day bearish trend and posted losses on Friday amid the strong U.S. dollar and lingering Brexit worries. Prime Minister Boris Johnson reportedly pushed ahead with the bill that would seek to override the withdrawal deal despite threats from the European Union.

According to the Guardian report, Prime Minister Boris Johnson attempted to whip up demand for their internal market bill. He told his lawmakers that the legislation was necessary to stop a foreign power from breaking up the United Kingdom. He also insisted that there was no time for questions. Prime Minister Boris Johnson also faced a rebellion from his party, who have tabled an amendment that would give Parliament the right to veto the bill. After the E.U., this move came in threatened to abandon a UK-EU trade deal if the Prime Minister moved ahead with the legislation.

The latest internal market bill published on Wednesday could create standard rules that apply across the U.K., including England, North Ireland, Scotland, and Wales. The new bill is expected to clash with key terms of the Brexit agreement that requires Northern Ireland to follow E.U. rules in the post-Brexit period to avoid a hard border with the Republic of Ireland.

The emergency talks held this week also failed to break the deadlock between E.U. & U.K. negotiators, and the differences in essential areas remain. PM Boris Johnson has warned that if no progress in trade talks will not be made until mid-October, the U.K. will leave the E.U. without a deal and follow WTO rules. The GBP/USD pair remained under pressure. Both sides were ready and prepared for a no-deal or hard Brexit as Michel Barnier, the top E.U. negotiator, said that the E.U. had intensified its preparedness work to be ready for all scenarios on January 1, 2021.

Apart from Brexit, the macroeconomic data released on Friday from Great Britain also affected GBP/USD prices. At 110:00 GMT, the Construction Output from the United Kingdom in July rose to 17.6% against the forecasted 10.3% and supported GBP. The GDP from the U.K. in July remained flat with expectations of 6.6%. The Goods Trade Balance from Britain declined more than forecast and weighed on local currency. The balance was dropped to -8.6B from the projected -7.4B and weighed on GBP.

The Index of Services for the quarter also dropped to -8.1% from the expected -7.8% and weighed on the local currency that added pressure on GBP/USD pair. The Industrial Production in July rose to 5.2% in the U.K. against the forecasted 4.2% and supported GBP. The Manufacturing Production in the United Kingdom in July rose to 8.3% from the forecasted 8.4% and supported GBP. Consumer Inflation Expectations in August dropped to 2.8% from the previous 2.9%.

The negative data from the United Kingdom weighed on local currency and added losses in the GBP/USD pair on Friday. From the USD front, the CPI and Core CPI in July rose to 0.4% against the expectations of 0.3% and 0.2%, respectively, and supported the U.S. dollar. The strong U.S. dollar added further losses in GBP/USD pair.

The USD/JPY currency pair stopped its early-day bearish rally and drew some modest bids around above 106.20 level, mainly due to the risk-on market. However, the positive tone around the equity market was supported by the news of receding tension between India and China, and Tokyo’s optimism over easing lockdown restriction also favor the market trading sentiment, which eventually undermined the Japanese yen currency and contributed to the currency pair gains.

In the wake of low safe-haven demand, the broad-based U.S. dollar weakness becomes the major factor that kept the pressure on any further gains in the currency pair. Meanwhile, the ongoing US-China tussle over several issues, the risk of a no-deal Brexit, and delay in the U.S. stimulus keep challenging the market trading sentiment, which might cap further gains in the currency pair. The USD/JPY is trading at 106.19 and consolidating in the range between 106.08 – 106.20.

Across the ocean, the market trading sentiment rather unaffected by the intensified US-China tussle and Brexit issue. The Trump administration continues to hold TikTok on the sellers’ radar. In the meantime, the cancellation of over 1,000 visas of Chinese residents also irritates China.

Also capping the gains could be the headlines suggesting that the Tokyo metropolitan government lowered its coronavirus alert by one level to 3 on Friday. This might underpin the local currency and dragged the currency pair down.

The Japanese yen currency might also take clues from the Producer Price Index (PPI) data for August that recovered to -0.5% from -0.9% YoY. The traders will keep their eyes on the U.S. Consumer Price Index (CPI) for August, which is expected 1.2% against 1.0% YoY. Moreover, the updates surrounding the Sino-US tussle, as well as Brexit related headline, could not lose their importance.

Despite this, the crude oil prices’ gains were capped by the continuing oversupply fears and a slow recovery in global fuel demand. This was witnessed after the builds in crude oil supply reported during the previous week by both the American Petroleum Institute (API) and the U.S. Energy Information Administration (EIA). Meanwhile, the ongoing COVID-19 pandemic continuing to hamper fuel demand recovery. As per the latest report, the World Health Organization (WHO) recorded a record single-day hike in COVID-19 cases by 307,930 in 24 hours during this weekend.