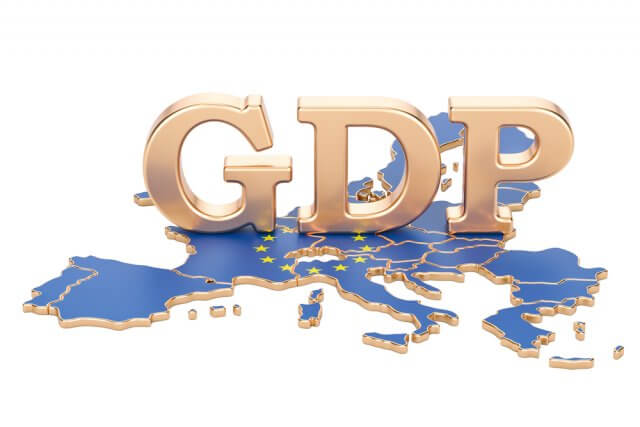 On the news front, the economic calendar is due to a report series of CPI and GDP figures from the European economy. These events are likely to be overshadowed by the U.S. Personal Pending, Chicago PMI, and Revised UoM Consumer Sentiment, which are expected to slightly worse than beforehand. This may add further bearish bias for the U.S. dollar today.

The EUR/USD pair’s prices were closed at 1.16742 after placing a high of 1.17587 and a low of 1.16500. The EUR/USD pair extended its previous daily losses and continued its bearish streak for the 4th consecutive session on Thursday. EUR/USD pair dropped to its more than one month lowest level on Thursday amid the broad-based U.S. dollar strength along with the rising number of lockdown restrictions in Europe.

The sharp decline in Euro against the U.S. dollar was derived by the European Central Bank’s decision on Thursday to hold its interest rates but gave signals that another monetary policy tool remains, and the bank would recalibrate its policy tools in December. As per the President of the European Central Bank, Christine Lagarde, it was necessary to cushion the European economy through pandemic and recalibrate its instruments at their next Governing Council meeting.

Lagarde refrained from expressing that the bank was looking at using all instruments rather than just topping up the 1.35 trillion euros PEPP at its upcoming Dec.10th meeting. Lagarde warned that the risks to the Eurozone recovery were tilted to the downside and suggested the pace to recovery or lack thereof would largely depend on the efforts of the economic bloc to contain the virus spread.

The growth of the Eurozone economy has come under pressure as the two biggest economies of the European Union, France, and Germany, have been forced to re-impose lockdown measures and raised the urgency to deliver more easing at the end of the year.

The Euro currency remained under pressure on Thursday after Lagarde’s comments and the central bank’s decision that ultimately added pressure on EUR/USD pair.

The EUR/USD traded with a bearish bias, having dropped to the support area of 1.1653. Above this, the pair has strong odds of taking a bullish turn until the 1.1700 area. Continuation of an upward trend may lead the EUR/USD price towards 1.1758, and bullish crossover of this area can lead the pair towards the 1.1820 level. Conversely, a bearish crossover of 1.1653 support level can extend selling until the 1.1613 area as a double bottom support area extends the level.

The U.S. dollar was strong due to the emerging risk-averse market sentiment and the strong macroeconomic data for the day. The delayed U.S. stimulus measure also helped the U.S. dollar to remain strong in the market. The U.S. Dollar Index (DXY) climbed above 94.00 level, its highest in almost a month, on Thursday as the risk-averse market sentiment emerged. The strong U.S. dollar added pressure on GBP.USD pair and dragged them to its 10-days lowest level.

On the data front, at 14:30 GMT, the M4 Money Supply for September raised 0.9% from the forecasted 0.3% and supported British Pound. At 14:32 GMT, the Mortgage Approvals raised to 91K from the forecasted 76K and supported British Pound. The Net Lending to Individuals came in line with the expectations of 4.2B. Britain’s data supported the local currency Sterling that capped further losses in the GBP/USD pair on Thursday.

On the Brexit front, the negotiations between the E.U. and U.K. were in progress with no headlines for the time being. However, the hopes were high that a deal could be reached this time as both sides were eager to solve the impasse given the limited time left for the end of the transition period. If a deal is reached, then British Pound will see a sharp rise in prices; however, analysts believe that a Brexit deal would likely offer only temporary relief for British Pound. They believe that Sterling’s near-term outlook will continue to be dominated by the late-stage Brexit negotiations that would include the significant trade frictions, the threat of tariffs and quotas.

It means that a Brexit deal between the E.U. and U.K. would not remove all the risks for British Pound and that sterling will still have to face further difficulties even after an agreement is reached.

The GBP/USD is trading sharply bearish since the violation of the symmetric triangle pattern at the 1.3017 level, and the formation of bearish candles below the 1.3017 level has driven strong selling until the 1.2913 support area. For the moment, the Cable my lead GBP/USD price towards 1.3046 level for the sake of bullish correction. Conversely, the GBP/USD pair may find immediate support at 1.2913, and a bearish breakout of this level can be captured until the 1.2840 level.

The USD/JPY pair was closed at 104.593 after placing a high of 104.725 and a low of 104.023. The USD/JPY pair rose on Thursday and posted gains after falling for two consecutive sessions on the back of the strong U.S. dollar and the better than expected macroeconomic data from the U.S., along with the disappointing data from Japan.

The better than expected data from the U.S. gave strength to the U.S. dollar that ultimately added further gains to the USD/JPY pair on Thursday. Meanwhile, the U.S. dollar was also strong due to the comments from the Head of Congress and White House that signaled a tough road ahead for a coronavirus stimulus even after the next week’s U.S. election.

The U.S. Congress delivered a Coronavirus Aid, Relief, and Economic Security (CARES) stimulus worth about $3 trillion. Since then, the Democrats and the Republicans have been locked in a stalemate on a successive package to CARES. The differences have been over the size of the next relief bill among both parties. Over the last two weeks, the hopes that a coronavirus relief package will be delivered before elections faded away despite the months of negotiations between Democrats & Republicans. The investors thought that a deal might be reached after the election, regardless of the winner.

However, the Speaker of the House of Representatives, Nancy Pelosi, revealed on Thursday that these hopes that a package will be delivered after the elections without any difficulty were not right as Republicans were yet to answer her on funding for several critical areas. The uncertainty and lack of hopes that a stimulus will be delivered even after elections raised the U.S. dollar and added further gains in the USD/JPY pair on Thursday. However, the USD/JPY currency pair’s gains were limited due to the emerging risk-averse market sentiment in the market on Thursday.

The bearish bias in the USD/JPY continues to extend the bearish bias; however, it’s trading within a choppy trading range now. The choppy range may provide resistance at 104.505 to 104.200 area. Violation of this range can trigger further selling until the 103.900 level. The MACD and RSI support selling bias today; therefore, we will be looking to enter a selling trade below 104.24 today. A violation of this level has high odds of leading the USD/JPY pair further lower towards the 103.900 level. Good luck!