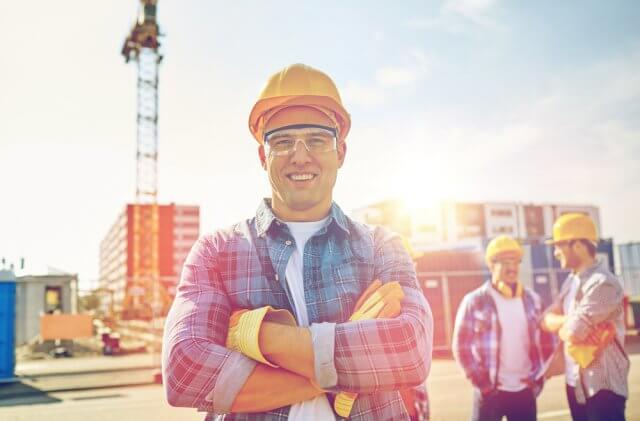 The economic calendar is filled with medium impact economic events such as Unemployment Claims, UoM Consumer Sentiment, and Prelim GDP q/q from the United States on the news front. The market may show some price action during the U.S. session on the release of U.S. Jobless Claims.

The EUR/USD pair was closed at 1.18897 after placing a high of 1.18959 and a low of 1.18334. After placing losses for two consecutive days, the EUR/USD pair rose and started to post gains on Tuesday amid the rising optimism and risk sentiment surrounding the market.

The safe-haven appeal suffered after AstraZeneca’s latest news that its vaccine could reach a 90% efficacy rate on the second dosage from 70% in the first one. However, the EUR/USD pair traders remained confused on Tuesday and moved the currency pair between gains and losses throughout the day and ended the day with gains as optimism regarding vaccine overshadowed the U.S. dollar’s strength. The U.S. dollar was strong in the market ahead of Wall Street’s opening; however, it fell under selling pressure after the U.S. Consumer Confidence fell in November.

Meanwhile, the reports that the U.S. President Trump has agreed with the transition process with Joe Biden and that the White House has given the go-ahead to Biden raised the risk sentiment and added further gains EUR/USD pair. Furthermore, the vaccine hopes also kept the market sentiment improved with the news that the new vaccine developed by AstraZeneca, a British Pharmaceutical, can provide 90% protection against the coronavirus and be cheaper against the previous Pfizer and Moderna due to its comfortable storage facility. These reports raised hopes that the global economy will start recovering now, and the riskier asset EUR/USD pair gained traction and started posting gains.

The GBP/USD pair was closed at 1.33615 after a high of 1.33802 and a low of 1.32929. The currency pair GBP/USD continued its bullish movement on Tuesday for the 3rd consecutive day. The GBP/USD pair continued getting support from the British Pound’s strength after the rising Brexit optimism in the market. The hopes that a Brexit deal will be reached soon between the U.K. and the E.U. kept underpinning the Sterling and forced GBP/USD pair to remain on the market’s positive side.

Although nothing has been confirmed about the Brexit deal, the talks between both nations have been extended into this week. On Tuesday, a member of the Bank of England’s monetary policy committee said Tuesday that vaccine news had provided some light at the end of the tunnel.

He also said that he saw a long-term scarring effect from the coronavirus outbreak. He added that it was too early to say that vaccine news will significantly improve the Bank’s economic outlook for 2021. He said that even if the economy came back because of the vaccine, it would have to face the economy-Brexit’s further long-term problem.

Furthermore, the GBP/USD pair was also supported by the latest optimism in the market that had kept the risk-on market sentiment improved. The risk perceived British Pound was supported by the risk sentiment raised by the AstraZeneca vaccine news. Its vaccine was proven to be 90% effective in the second dosage. It was said to be cheaper as it can be stored in an ordinary refrigerator compared to Pfizer, and Moderna’s vaccines that provide 95% protection against the virus were not so easy to store. This optimism also kept the market’s risk sentiment on the upper side and continued supporting the GBP/USD pair on Tuesday.

The GBP/USD traded bearishly at 1.3340, having bounced off over the support area of the 1.3292 level. On the higher side, the pair may go after the resistance level of 1.3394. Over there’s an upward trendline that is supporting Sterling on the 2-hour timeframe. The Cable below the 1.3292 level may find support at the 1.3240 level while the RSI and MACD support buying. Thus we should consider taking buying trade over the 1.3292 level to target 1.3394.

The USD/JPY pair was closed at 104.439 after placing a high of 104.759 and a low of 104.144. The pair USD/JPY seesawed on Tuesday as it moved in an upward direction in early trading hours and reached near 104.76 level while in the late trading session, the USD/JPY pair started to lose its earlier gains and continued its bearish bias. The selling bias in the currency pair USD/JPY raised on Tuesday after posting massive gains on Monday amid the mixed market sentiment. The safe-haven Japanese Yen was under pressure on Tuesday after the positive market mood circulated due to progress in AstraZeneca’s coronavirus vaccine.

The equity market was also boosted on Tuesday, with Dow Jones moving up at 30,000 points and the three main indexes in Wall Street rising by 1.5% each. The risk rally in Wall Street added pressure on the safe-haven Japanese Yen and supported the USD/JPY pair’s upward momentum on Tuesday. The USD/JPY pair could not remain on the upper side for long and started to lose its earlier gains after releasing the U.S. Macroeconomic data. At 19:00 GMT, the Housing Price Index for September from the U.S. rose to 1.7% against the anticipated 0.8% and supported the U.S. dollar. The S&P/CS Composite -20 HPI for the year also raised to 6.6% against the estimated 5.3% and helped the U.S. dollar. At 19:59 GMT, the Richmond Manufacturing Index was dropped to 15 points from the forecasted 20 and weighed on the U.S. dollar that added pressure on the USD/JPY pair. The most awaited C.B. Consumer Confidence from the U.S. was also released at 20:00 GMT that fell to 96.1 against the estimated 97.7 and weighed on the U.S. dollar that ultimately added in the losses of the USD/JPY pair on Tuesday.

The decline in Consumer Confidence in November weighed on the local currency U.S. dollar as the rising number of coronavirus cases in the U.S. was raising questions over the economic recovery in the absence of further stimulus aid. The talks were set to resume between Republicans and Democrats to discuss the possibility of delivering an additional aid package in December.

Furthermore, the latest news from the White House that the U.S. President-elect Joe Biden was formally given the go-ahead by the federal agency to begin his transition to the presidency also capped further losses in the USD/JPY pair on Tuesday. The U.S. General Services Administration (GSA), an independent agency, determined that Biden was the outward winner of the election and informed Biden that his transition until January 20 could officially begin. The go-ahead was given by the White House to Biden to intensify the fight against the coronavirus. All these positive news kept the risk-on market sentiment supported and continued supporting the USD/JPY pair.