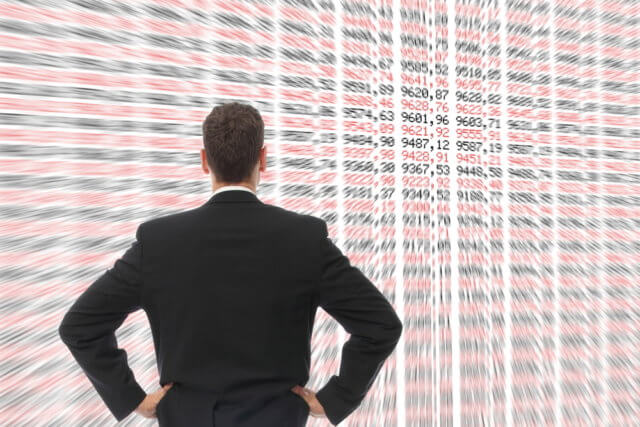 The EUR/USD lost 0.8% to 1.1181. The European Central Bank expanded its asset purchase program by EUR120 billion while keeping its key interest rates unchanged. ECB President Christine Lagarde said, “the spread of the coronavirus Covid-19 has been a major shock to the growth prospects of the global economy and the euro areas economy, and it has heightened market volatility”.

The central bank kept rates unchanged on Thursday and raised its asset purchase program by EUR120B. They introduced a new program of cheap loans that would necessarily pay banks up to 0.75% to give to small businesses. However, the EUR traders were not impressed, as indicated by the long-tail (seller exhaustion) attached to Thursday’s candle.

It should be noted that the 3-month euro-dollar and dollar-yen swap spreads had widened to levels last seen in 2017 on Thursday. Notably, spreads widened by nearly 40 basis points, the most significant single-day increase since December 2008, highlighting stress in the dollar funding markets. Whereas, the Federal Reserve injected liquidity by $1.5 billion. As a result, the credit markets could normalize ahead of the weekend.

The EUR/USD has traded mostly lower to test the double bottom support level of 1.1095 level. The EUR/USD is currently trading around 1.1195, and it’s forming a lower-lows pattern on the 4-hour chart, which mostly drives a continuation of a selling trend. On the lower side, a continuation of a bearish bias can extend sell-off until 1.1100 and 1.1095. While the bullish breakout of 1.1350 can drive more buying until 1.1454 area. Consider staying bullish over 1.1182 and bearish below the same level today.

The GBP/USD plunged 1.9% to 1.2576, the lowest level since last October. Sterling fell against the U.S. dollar despite weaker than expected U.S. economic events. The U.S. official data showed that producer prices declined 0.6% on month in February (-0.1% expected), and initial jobless claims fell to 211,000 in the week ended March 7 (220,000 expected).

At the U.K. front, there are fewer chances that the British PM Johnson will announce any significant stimulus after the BOE joined the budgetary push to defeat the virus the previous day. However, Traders should wait for the final announcement because we all know that the Tory leader is famous for providing surprises.

Apart from the coronavirus headlines, traders will likely pay a little attention to the U.S. data. However, the Bank Of England minutes could offer a robust near-term direction after the central bank marked a surprise cut during the week. “Minutes are released at noon GMT from MPC’s “special” March 10 meeting, where they decided to coordinate the inter-meeting easing package announced Wednesday.

Later in the day, the U.S. Labor Department will release the February import price index (-1.0% expected). The University of Michigan will publish its Consumer Sentiment Index for March (95.0 expected).

Recently, the GBP/USD has closed a bullish candle that can drive buying in the GBP/USD, and it may lead its prices higher towards 1.2685 level. The MACD is consistently forming bearish histograms below zero, supporting the selling trend in the GBP/USD pair, which is why we should consider selling below 1.2825 today.

During the early Asian session, the USD/JPY currency pair flashing green but dropped from the session highs, because the Japanese yen is finding bids, mainly due to the sharp decline in the U.S. stock futures. At the press time, the USD/JPY currency pair is currently trading at 105.41 and consolidates in the range between the 104.51 – 106.03. However, the pair dropped from 105.20 to 104.68 in the 60 minutes to 01:30 UTC and was last seen trading around 104.89.

The futures Wall Street’s benchmark equity index S&P 500 are currently down 1.64 percent, having started the Asian session on a relatively less risk-off note.

Whereas, the global equities and the U.S. stock markets are expected to trade red on Friday. In the time being, the Asian equities are flashing red with Japan’s Nikkei reporting a 9% drop.

The BOJ offered a liquidity injection of 500 billion yen early Friday, but so far, but that has failed to improve the risk sentiment and weaken the Japanese yen.

The USD/JPY is trading at 105.800 and has already bounced off a double bottom support level of 104.100. Closing of 4-hour candle above this level has confirmed the chances of further buying in the pair. The recent candles on the 4-hour chart are three white soldiers who are bullish nature and typically drive buying in the market.

The immediate resistance that USD/JPY can face is around 106.150 level, and violation of this can extend more buying until 107.450 marks. On the lower side, support stays around 104. All the best for today!