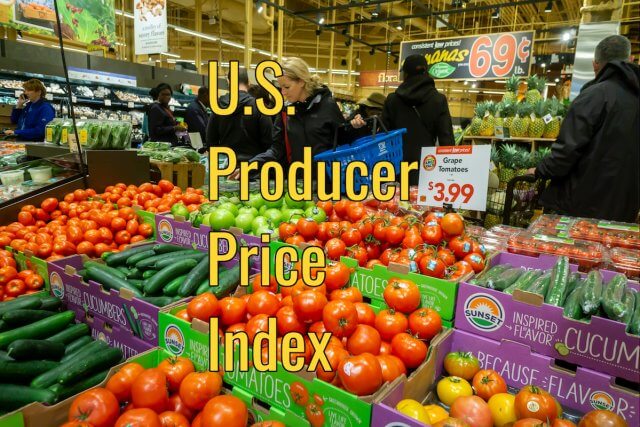 On the news front, the eyes will remain on the Canadian labor market figures, and US PPI figures, which are expected to perform better than previous figures as the COVID19 driven lockdown is over, and people are back to jobs. We can expect CAD and USD to stay stronger today.

The EUR/USD pair was closed at 1.12846 after placing a high of 1.13704 and a low of 1.12800. Overall the movement of the EUR/USD pair remained bearish throughout the day. The EUR/USD has hit its highest in four weeks on Wednesday amid market optimism but retreated from that on Thursday on the back of concerns like E.U. recovery package, U.S. jobless claims, and coronavirus cases from the U.S. & all over the world.

The Eurogroup held its meeting on Thursday to elect the new president, and Paschal Donohoe, Minister for Finance and Public Expenditure & Reform of Ireland was selected as the Eurogroup’s new president.

The New president will take office from July 13, 2020, and serve for two and a half years. The first Eurogroup meeting under Paschal Donohoe has been planned for September 11, 2020.

Eurogroup is an informal body where ministers of euro area member states discuss common concerns as they share the Euro as a single currency. The focus of the discussion remains particularly on the coordination of economic policies. Eurogroup usually meets once in a month, on the eve of Economic & Financial Affairs Council meeting.

The risk tone around the market was faded away after the U.S. Trump Administration announced that it has planned to finalize the regulations this week that will bar the U.S. government from buying goods & services from any company that uses products from five Chinese companies including Huawei, Hikvision, and Dahua. This indicated a surge to the ongoing tensions between U.S. & China and raised safe-haven appeal that weighed on riskier EUR/USD currency pair, and hence, the pair started to fell on Thursday.

On the data front, the German Trade Balance was released at 11:00 GMT that showed a surplus of 7.6B against the expected 6.6B in May and supported the single currency Euro that capped on additional losses in EUR/USD pair.

From the U.S. side, the Unemployment Claims for last week were reported at 17:30 GMT, as 1.314M against the expected 1.375M, and supported the U.S. dollar that added in the losses of EUR/USD pair. Though the numbers came in less than expectations, they were still very big, and hence, investors gave a little attention to this data on Thursday.

The EUR/USD pair has violated an upward trendline, which extended support at 1.1291 level, and now, this level will work as a resistance for the EUR/USD. On the lower side, the double bottom may extend support at 1.1262 level. Below this, the next support can be seen around the 1.1240 level. Bearish bias seems dominant today.

The GBP/USD pair was closed at 1.26060 after placing a high of 1.26639 and a low of 1.25952. Overall the movement of GBP/USD pair remained bearish throughout the day. The GBP/USD pair climbed to its highest level in three weeks in the earlier session on Thursday but failed to remain there and turned to the downside on the back of a strong U.S. dollar.

The greenback rose across the board as equity prices in the Wall Street Journal turned negative sharply right after the U.S. Supreme Court ruled that President Trump cannot block his financial records to prosecutors.

Donald Trump has come under fire for not making his tax returns public as his predecessors. His lawyers have argued that he enjoyed total immunity while in the White House office and that Congress had no valid justification for examining the records. The U.S. stocks turned lower, and U.S. yields also moved to the downside. The U.S. dollar rose, and the DXY bounced back from 4 weeks lowest level to 96.70 level.

On the data front, at 04:50 GMT, the RICS House Price Balance from Great Britain came in as -15% against the expected -25% in June and supported single currency Cable that limited the additional losses in the pair.

However, on the U.S. side, the Unemployment Claims were released at 17:30 GMT. In last week 1.314M Americans applied for jobless benefits against the expected 1.375M and supported the U.S. dollar added further in the losses of GBP/USD pair on Thursday.

On Brexit front, the top E.U. negotiator, Michel Barnier, said on Thursday that talks between E.U. & U.K. would continue later this month. The Brexit trade talks broke up early for the week as Barnier warned that “significant divergences” remain between them.

He also urged E.U. national governments at the same time to be prepared for disruption at the end of the year as chances for no-deal were still high. He said that to overcome the significant divergences between both parties, his team would continue to work with patience, respect, and determination.

The GBP/USD is trading with a bearish bias, especially after crossing below 50 EMA support level of 1.2570. This level is now working as resistance, and the Cable can show further bearish bias below 1.2570 level. Closing below this level can lead the GBP/USD pair towards 1.25200 level. The MACD and RSI are holding in a selling zone, and the 50 EMA, which is providing resistance at 1.2570, is also demonstrating the strong sell signal. Let’s consider taking sell trades below 1.2570 level today.

The USD/JPY pair was closed at 107.199 after placing a high of 107.395 and 107.095. Overall the movement of USD/JPY remained bearish throughout the day. The USD/JPY pair rose in the earlier session on the back of U.S. dollar strength but couldn’t stay there due to strong Japanese Yen amid increased safe-haven demand and dropped to post losses.

On the data front, at 04:50 GMT, the Core Machinery Orders from Japan rose by 1.7% against the expected decline by 5.2% in May and supported Japanese Yen that weighed on USD/JPY pair. TheM2 Money Supply from Japan came in as 7.2% against the forecasted 5.6% and supported the Japanese Yen that added further in USD/JPY pair losses. At 10:59 GMT, the Prelim Machine Tool Orders came in line with the expectations of -32.0%.

The U.S. dollar was strong across the board after the equities, and U.S. stocks in WSJ dropped to their lower levels due to the U.S. Supreme Court ruled that the New York prosecutors can examine Trump’s financial records.

Donald Trump was criticized for not making hid financial records, including tax returns public like his predecessors. At the same time, his lawyers argued that he was immune to publish those records while he was in office and that Congress had no justification for seeking those records.

But on Thursday, U.S. Supreme Court ruled that President Trump cannot block the release of his tax returns and financial records to prosecutors.

On the other hand, data revealed that coronavirus had affected more than 3 million Americans so far, with a daily record of more than 60,000 cases and death tolls around 134,000.

Meanwhile, the U.S. & China relations also remained under highlights as the US Trump administration announced that this week the regulations would be finalized to block the U.S. government. The U.S. seems to restrict buying goods & services from any company that uses products from five Chinese companies, including Huawei, Hikvision, and Dahua. This also weighed on market tone and added in USD/JPY pair’s losses.

The USD/JPY was consolidating in a broad trading range of 107.800 to 107.250, which was finally violated. The pair is now holding at 106.850, and this is going to provide solid support to the USD/JPY pair for now. However, this level’s bearish breakout has a huge odds of driving more selling until 106.450 level today. At the moment, the pair is trading with a selling bias of above 106.850 support. The USD/JPY is dropping below 50 periods EMA on the hourly charts, which supports the Japanese pair’s selling bias. Let’s look for selling trades below 107.250 today. Good luck!