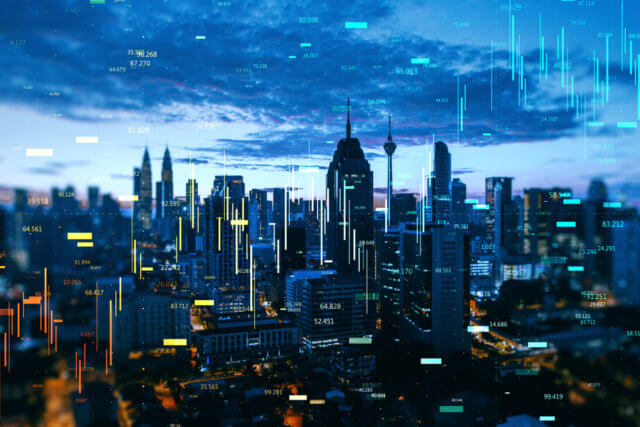 Welcome to the last trading day of a week. The British Pound surged 2.1% to a six-month high of $1.3474. U.K. exit polls predicted that Prime Minister Boris Johnson’s Conservative party would win a majority in the House of Commons.

The euro advanced 0.5% to $1.1184. While the European Central Bank kept its monetary policy unchanged as expected, President Christine Lagarde said there are some indications of stabilization in the slowdown in the Eurozone’s growth and downside risks are less pronounced.

The buying tone surrounding the China-proxy Aussie seemed rather unaffected by persistent risk regarding a phase one trade deal ahead of the December 15 deadline for the new U.S. tariffs on around $156 billion worth of Chinese imports.

At the Sino-US front, the U.S. President Donald Trump is yet to decide on the December 15 tariffs, though optimism continues on the back of news that negotiators were laying the groundwork for a preliminary deal to end the trade war.

The AUD/USD pair is hanging around 0.6900, trading mostly bullish despite staying in the overbought zone. The traded higher further above the 0.6865 mark, the 61.8% Fibo retracement level of its November slide. In the 4-hour chart, the 20 SMA has hastened north over the bigger ones, all of them under the current mark. In contrast, the technical indicators lead to the north in overbought territory, without indications of bullish exhaustion. The rally is set to remain on a break over 0.6930, the next resistance.

The British Pound surged 2.1% to a six-month high of $1.3474. U.K. exit polls predicted that Prime Minister Boris Johnson’s Conservative party would win a majority in the House of Commons.

The British Pound advanced piercingly overnight following the Conservative Party of Boris Johnson, who won a substantial majority in the General Election, and while the GBP has found a temporary resistance. Fundamentally, I do see the potential for further gains after sterling completes the bearish retracement.

Besides this, the focus is on trade wars whereby an official announcement is expected to come from U.S. President Donald Trump. Bloomberg reported in recent trade that Trump would meet with his trade advisers at 19:30 GMT. U.S. Trade Representative Robert Lighthizer, White House economic adviser Kudlow and Treasury Secretary Mnuchin are expected to attend the meeting.

The latest reports are that the United States has considered offering a 50% reduction on $360 billion worth of Chinese imports, which raised market spirits, fulling higher benchmarks and gave an increase in U.S. Treasury bond yields.

The GBP/USD is presently consolidating around at1.3457, placing around 19-month high to 1.3515 during the U.S. session yesterday. The U.K. election exit polls foretelling a big win for the incumbent Prime Minister Boris Johnson.

The GBP/USD pair’s 14-day relative strength index (RSI) is now floating around 80.47. I must say it’s the highest mark since January 2018. An above 70-reading shows overbought situations. Consider capturing retracement below

The USD/JPY currency pair was flashing green and climber from 108.60 to 109.30, hit the highest level for one-week mainly due to the latest trade headlines in which U.S. President Trump suggests an imminent deal with China. As of writing, the USD/JPY currency pair is currently trading at 109.36 and consolidates in the range between 108.45 – 109.44.

Fresh expectations regarding a deal between the United States and China on tariffs before the December 15 deadline supported equity markets. The Dow Jones reached new record highs and now is up 0.35%, off highs as the optimism eased.

The United States bonds fell, pushing the yen lower across the board. The United States’ ten-year yield raised by more than 5% as it soared to 1.90% from 1.80% just in a few minutes. Other save haven assets like gold, also dropped significantly.

More headlines related to trade may continue to flow, giving an impact on market sentiment. The rally of the USD/JPY was also supported by technical factors. The pair climbed above the 109.00 area, breaking a 7-day trading range. It also rose back above the 20-day moving average that stands at 108.80, level that could be seen now as the immediate support. The next support is the lower limit of the mentioned range around 108.40.

On the higher side, the bullish breakout of USD/JPY can lead the Japanese pair towards 110.300. The MACD and RSI are in support of the bullish trend.