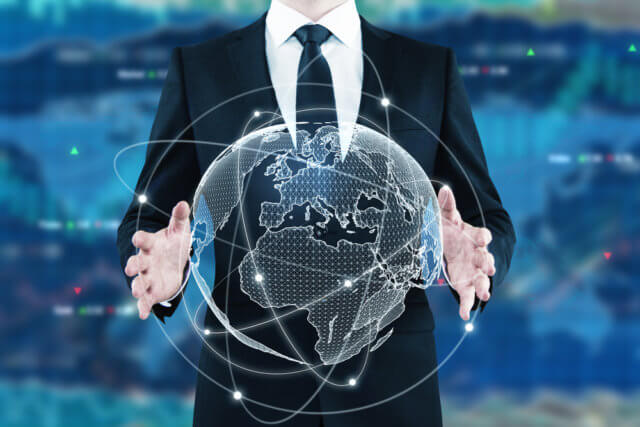 On the news side, the eyes will be on European Spanish and German CPI data, which are expected to report a mixed figure. Later the Italian Prelim CPI is expected to report slightly positive data that may support EUR. Let’s take a look at the trade setups.

The EUR/USD pair was closed at 1.19054 after placing a high of 1.19196 and a low of 1.18108. Overall the movement of the EUR/USD pair remained bullish throughout the day. After moving sidelines and under pressure for two days, EUR/USD pair surged on Friday and posted gains on the back of broad-based U.S. dollar weakness from the dovish comments from the highly awaited Jerome Powell’s speech. However, the gains remain limited due to rising coronavirus cases and fears of the second wave in Europe.

The Government of Europe has re-imposed restrictions on citizens and renewed quarantine measures for some travelers. In response to these renewed restrictions, thousands of people took to the streets of Berlin against it. Police in Berlin arrested 300 demonstrators during the protests against Germany’s coronavirus restrictions.

On Friday, France made a larges jump since May 16 and reported 7462 new coronavirus cases. Germany reported around 1737 cases and three deaths. Italy reported 146 cases on Friday, the largest since April 1, and Spain announced 9779 cases on August 28. The resurgence of coronavirus in Europe came near when every European country was planning to start schooling from next week. Now, fears for a renewed spike in cases exacerbate as the schools’ time has come near. These lingering fears have kept the market sentiment under pressure and gains in EUR/USD limited on Friday.

Meanwhile, on the data front, at 11:00 GMT, the German GfK Consumer Climate in August declined to -1.8 from the projected 1.0 and weighed on single currency Euro. At 11:03 GMT, the German Import Prices for July rose to 0.3% from the expected 0.2% and supported Euro added in the currency pair’s gains.

At 11:45 GMT, the French Consumer Spending in July fell to 0.5% from the anticipated 1.2% and weighed on Euro. For August, the French Prelim CPI came in as -0.1% against the expected -0.2% and supported Euro and added in the gains of EUR/USD. The French Prelim GDP for the second quarter came in line with the expectations of -13.8%.

The GBP/USD pair was closed at 1.33505 after placing a high of 1.33564 and a low of 1.31861. Overall the movement of GBP/USD pair remained bullish throughout the day. After moving sideways on Thursday, GBP/USD pair posted strong gains on the back of supportive comments from Governor of Bank of England at Jackson Hole Symposium and broad-based U.S. dollar weakness.

On Friday, the GovernorBank of England Governor said that the central bank was not out of power to support the economy. This statement was followed by the dramatic shock caused by the coronavirus pandemic.

In a speech to Jackson Hole symposium, Andrew Bailey told that the bank has more ammunition left to support the economy. He also said that the major bond-buying drives had been proved more effective in the major economic crisis caused by the pandemic.

He informed that the central bank appreciated the need to keep enough headroom to deal with future shocks. He said that the bank still has a range of fiscal tools, including the negative interest rates, and there was no need to tighten monetary policy.

In March, the Governor took over the bank and almost immediately oversaw a 300 billion pounds bond-buying program and a cut in interest rate to a record low of 0.1%. After these comments from the Governor of Bank of England, the GBP/USD pair surged to the highest level since December 15, 2019.

The gains in GBP/USD pair were also supported by the weakness in the U.S. dollar that was derived from the dovish comments from the Chairman of Federal Reserve Jerome Powell on Thursday. According to Powell, the inflation will remain at 2% average for some time that increased hopes for a entended period of loose monetary policy by the central bank and weighed on local currency.

The U.S. dollar weakness helped GBP/USD pair to post extra gains, and hence, the pair reached the highest of more than eight months. There was no macroeconomic release from the U.K. side on the data front, but from the U.S. side, at 17:30 GMT, the Core PCE Price Index fell to 0.3% in July from the anticipated 0.5% and weighed on U.S. dollar. The Personal Spending rose to 1.9% in July from the projected 1.5% and supported the U.S. dollar. At 18:05 GMT, the Chicago PMI came in line with the anticipations of 51.0 in August. At 19:00 GMT, the Revised UoM Consumer Sentiment rose to 74.1 from the projected 72.8 and supported the U.S. dollar.

The USD/JPY pair was closed at 105.351 after placing a high of 106.945 and a low of 105.200. Overall the movement of the USD/JPY pair remained bearish throughout the day. The USD/JPY pair rose to near ten days the highest level on Friday near 107.00 level but failed to cross the resistance level and dropped on the back of broad-based U.S. dollar weakness and posted strong losses day. The pair posted the biggest daily decline on Friday and dropped to 105.2 level at the week’s ending day.

In the early trading session, the USD/JPY pair faced rejection near the 107.00 level and witnessed a dramatic turnaround on the latest news that Japan’s Prime Minister Shinzo Abe was stepping down due to ill health.

The 65-year-old Japan’s PM Shinzo Abe said that he did not want his illness to get in the decision-making way. He apologized to the Japanese people for failing to complete his term in office. He has had ulcerative colitis, inflammatory bowel disease, and he said that his condition had worsened recently.

Abe’s current period began in 2012, and last year he became Japan’s longest-serving prime minister. Until a successor is chosen, he will remain in his post and continue his duty. This political development gave strength to Japanese Yen that dragged the pair back closer to the 106 level on Friday.

Meanwhile, in later sessions, the pair was further dragged down due to the U.S. dollar’s broad-based weakness. The greenback was under pressure due to the dovish comments from the Fed Chair Jerome Powell at the Jackson Hole Symposium on the previous day.

On Thursday, Powell announced a significant policy shift and said that Fed was willing to run the inflation hotter than usual and support the labor market, also suggested keeping interest rates lower for longer. This also weighed on market sentiment and added further in the USD/JPY pair losses that dragged the pair towards 105.00 level.

On the data front, at 04:30 GMT, the Tokyo Core CPI for the year in August was declined to -0.3% from the anticipated 0.3% and weighed on Japanese Yen. From the U.S. side, at 17:30 GMT, the Core PCE Price Index was dropped to 0.3% from the anticipated 0.5% in July and weighed on the U.S. dollar and added in the losses of currency pair. The Personal Spending rose to 1.9% against the expected 1.5% in July and supported the U.S. dollar.

The USD/JPY is trading within a sideways range of 105.866 to 105.200 range. The pair entered into the oversold zone previously, but now it has completed 23.6% Fibonacci retracement, and above this, the next target is likely to be found around 105.870. The MACD has crossed over 0 and has entered into the buying zone. Bullish bias seems dominant in the market today. Therefore, we may see USD/JPY prices soaring towards 38.2% Fibo levels of 105.870. Buying can be seen at over 105.200 level today. Good luck!