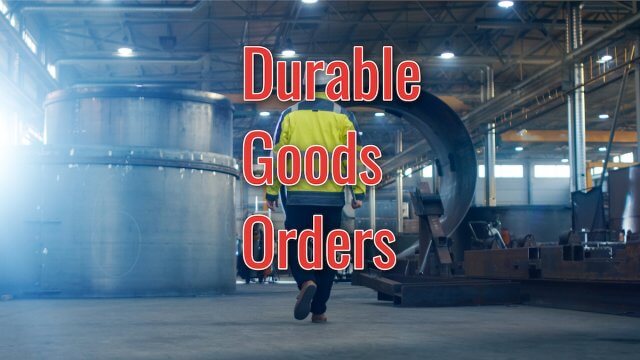 The EUR/USD closed at 1.18336 after placing a high of 1.18435 and a low of 1.17840. Overall the movement of the EUR/USD pair remained bullish throughout the day. The EUR/USD pair gained traction and raised on Tuesday after falling for two consecutive days. The rise in the EUR/USD pair was due to improved risk appetite in the market after the U.S. & China both held the trade talks and confirmed their commitment to trade deal.

Meanwhile, the potential vaccine for coronavirus and the distribution of vaccine doses to worldwide raised optimism and helped risk sentiment that also added further in the gains of riskier asset EUR/USD pair.

The U.S. & China said they were making progress in trade talks despite other tensions, which added further in the optimism. The Chinese Ministry of Commerce announced that a constructive dialogue between both sides had pushed the trade deal forward.

Furthermore, the risk sentiment was also supported by the positive news regarding the vaccine and its distribution from the World Health Organization. Investors cheered the COVAX facility initiative that would allow the worldwide equal distribution of vaccine doses in collaboration with the vaccine manufacturers.

WHO said that 172 countries were engaged in talks to participate in the COVAX facility, and nine vaccine candidates have already joined it while nine were under evaluation. It also added that significant producers were under discussion to join the facility. The worldwide equal and fair distribution of vaccines will help recover the economy and bounce back from the pandemic. This raised risk sentiment and pushed the EUR/USD riskier asset in the upward direction on Tuesday. Apart from this, the investors will be watching the speech of Fed Chair Jerome Powell on Thursday at Jackson Hole Symposium to find fresh clues about the U.S. dollar.

The EUR/USD is trading with a bearish bias amid stronger U.S. dollar at 1.1810, holding right above the triple bottom support area of 1.1804 level. Closing of candles above this level can drive bullish correction until 1.1840, while the violation of the 1.1804 level can trigger selling unto 1.1785 level. On the 2 hour chart, the EUR/USD pair has formed an ascending triangle pattern, which also extends resistance at 1.1847. Let’s wait for a bullish or a bearish breakout before placing any major trade in the EUR/USD.

The GBP/USD closed at 1.31505 after placing a high of 1.31703 and a low of 1.30539. Overall the movement of GBP/USD pair remained bullish throughout the day. After falling for two consecutive days, GBP/USD pair surged and posted gains and recovered almost more than half of the previous two day’s losses on Tuesday amid the broad-based U.S. dollar weakness.

The U.S. dollar was weak as the Consumer Confidence from August declined, and the safe-haven status of greenback suffered because of risk-on market sentiment. The risk appetite increased after the U.S. & China confirmed their commitment towards the phase-one trade deal on Tuesday. Despite ongoing tensions, both sides assured to comply with their promises made in the phase-one trade deal agreement and released some tension from the market.

This raised risk appetite and the risk-sensitive GBP/USD pair gained from this situation. Meanwhile, the potential vaccine development and its distribution in the whole world to fight the pandemic also raised risk sentiment and added in the pair gains.

Whereas on Brexit front, the top Tory and former Brexit Secretary David Davis warned that it was a critical endgame, and the U.K. will soon have to be preparing for talks to collapse. As both sides have earmarked October as a deadline, and the last three weeks will matter more than the first three years of talks.

He added that if Europe continued to follow Barnier’s strategy, then we could end up with a no-deal scenario, and the Europeans will lose a large and very profitable marketplace, namely the United Kingdom. They will lose the most efficient financial market; they will lose access to British fisheries and funding that was agreed under the Withdrawal Agreement. The funding was agreed on the presumption that both sides would get a trade deal, a political promise that the E.U. has failed to keep.

The U.K.’s negotiator David Frost had provided a draft text last week to speed up the talks, but E.U. negotiator Micheal Barnier dismissed it as unrealistic and urged E.U. states to stay cold-blooded. Barnier said that U.K.’s strategy would be to trade fishing access for freedom from E.U. rules at the last minute.

Meanwhile, at an informal meeting, the colleague of Mr. Barnier, Eurasia Group analyst, Mujtaba Rahman, said that the trade-off concerning state aid and fishing rights as possible, but it will take time. He claimed that the prospect of no-deal with the risk of delay at the border and food shortages would be a huge concern for Boris Johnson and his government, pushing him to compromise.

Both sides are reluctant to lose their demands and the time is falling short, it is now unclear whether they would reach an agreement. However, investors are cheering the other risk-related news and ignoring the Brexit progress as it has stalled.

On the data front, at 15:00 GMT, the CBI Realized Sales from Britain declined to -6 from the expected 7 in August and weighed heavily on the local currency that kept the currency pair gains limited. From the U.S., the Consumer Confidence from the Conference Board was declined to 84.8 from the projected 93.0 and the previous 91.7 and weighed heavily on the U.S. dollar as this report was highlighted on Tuesday. The weak U.S. dollar added further in the GBP/USD pair’s gains.

The GBP/USD has violated the sideways trading range of 1.3120 – 1.3056 level, and bullish breakout of GBP/USD pair is likely to lead the Sterling prices towards the next target 1.3262 level. On the higher side, the next resistance is likely to be found around 1.3262 level. The 50 EMA and the technical indicators such as RSI, MACD, and 50 periods of EMA suggest a bullish bias in the Cable. Let’s consider taking buying trades above 1.3120 level.

The U.S. Dollar Index (DXY) was down on Tuesday by 0.33% on 92.98 level, but it could not stop USD/JPY pair to post gains on the day as the risk-on market environment made it difficult for safe-haven Japanese Yen to find demand in the market.

On the data front, at 10:00 GMT, the core Consumer Price Index for the year from Bank of Japan dropped to 0.0% in August from the anticipated 0.1% and weighed on Japanese Yen and added further in USD/JPY pair’s gains.

Most of the economic data from the U.S. came in favor of the U.S. dollar on Tuesday and helped USD/JPY gain traction. Meanwhile, the improving market risk sentiment played an important role in increasing the USD/JPY currency pair prices. The risk appetite was raised in the market after the WHO released an initiative of equal and fair distribution of vaccine to countries worldwide along with the positive statement from both the U.S. & China about the trade deal.

According to the World Health Organization, 172 countries and multiple candidate vaccines were involved in talks to make the global access of vaccines easy and fair by participating in the COVAX facility. COVAX facility is an initiative to provide safe & effective vaccines after getting license and approval to countries around the world by working with vaccine manufacturers. For now, nine candidate vaccines have entered the initiative, and further nine are under evaluation while the major producers are under conversation to join the COVAX facility.

This raised hopes for the equal and easy distribution of vaccine doses not only in a few major countries but to each country worldwide. The fact that it will help recovery boosts the equity market, and hence, safe-haven Japanese Yen came under heavy selling pressure and raised USD/JPY pair.

Meanwhile, the video conference that was canceled by President Donald Trump on August 15 was held on Tuesday between U.S. Trade Representative Robert Lighthizer and U.S. Treasury Secretary Steven Mnuchin with Chinese Vice Premier Liu He. Both sides reaffirmed their commitment toward the phase-one trade deal even China has been lagging of the target of purchasing U.S. farm goods.

However, in the lingering US-china tensions, a positive statement from both sides gave a heavy selling pressure on safe-haven appeal and raised the risk sentiment helping USD/JPY pair to extend its daily gains.

The USD/JPY is trading within an upward channel, which is supporting the pair at 106.230. On the higher side, the USD/JPY may find an immediate resistance at 106.566 and 107.078. On the 2 hour chart, the 50 periods EMA is extending the buying trend in the USD/JPY pair. At the same time, the MACD and RSI are contradicting as the MACD suggests selling while the RSI is holding in a buying zone. The USD/JPY may trade bullish over 106.200 to target 107.084. Good luck!