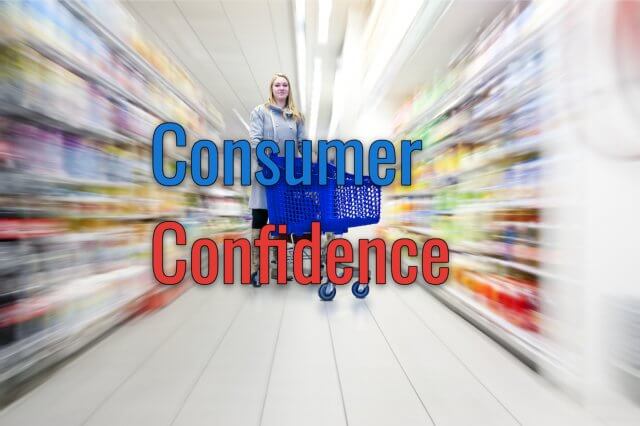 On the news front, the economic calendar is a bit busy today, and it may offer a medium impact on economic events from the U.S. and Eurozone. During the European session, the focus will remain on the German Final GDP q/q and German Ifo Business Climate data, while the U.S. C.B. Consumer Confidence and New Home Sales from the U.S. will be released during the New York session today. The dollar can gain straighten on positive forecasts.

The EUR/USD closed at 1.17953 after placing a high of 1.18828 and a low of 1.17539. Overall the movement of EUR/USD remained bearish throughout the day. The EUR/USD pair dropped on Friday and bottomed at 1.1753; it’s lowest since August 12. A stronger U.S. dollar and the poor economic data from Europe weighed on EUR/USD pair.

At 12:15 GMT, the French Flash Services PMI for August fell to 51.9 from the expected 56.3, and the previous 57.3, weighed on Euro. The French Flash Manufacturing PMI also declined to 49.0 against the estimated 53.0 and previous 52.4 and added pressure on single currency Euro.

At 12:30 GMT, the German Flash Manufacturing PMI rose to 53.0 from the anticipated 52.2 and supported Euro; however, the German Flash Services PMI came in as 50.8 against the expected 55.3 and weighed on Euro on Friday.

At 13:00, the Flash Manufacturing PMI for the whole Eurozone declined to 51.7 in August from the projected 52.7 and previous 51.8. The Flash Services PMI for the whole bloc also fell to 50.1 against the forecasted 54.6 and added pressure on EUR.

Apart from German Manufacturing PMI, all the PMI from the whole bloc, including biggest economies, came in against EUR, and hence, EUR/USD pair suffered. The data showed that only German manufacturing activity was expanded in August. At the same time, other countries, along with whole euro bloc’s manufacturing & services activities, were contracted in August. Meanwhile, the greenback was the top performer on Friday with DXY up by 0.5% on 93.5 level, the highest since Monday. The U.S. Dollar was already supported by the release of Fed Meeting minutes on Wednesday, and on Friday, the support was extended after the release of positive PMI and Home Sales data.

The strong U.S. dollar exerted more pressure on EUR.USD prices and dragged them down at the ending day of the week. Meanwhile, the Euro currency was also under pressure because of the resurgence of coronavirus cases in Europe. In recent days France, Germany, and Italy have experienced their highest daily case counts since the spring, and Spain has found itself amid a major outbreak.

Over the past two weeks, Spain has seen Europe’s fastest rising caseload with 142 positive cases per 100,000 people. The number had risen more than 3,000 by the time the state of emergency ended on June 21.

The EUR/USD pair was also under pressure on Friday because of the possible entry of a new phase of the pandemic in Europe.

The U.S. Dollar Index dropped below 93 levels during the first half of the day because of upbeat market sentiment. The risk sentiment was fueled after the U.S. Food and Drug Administration (FDA) announced on Sunday that it had approved the blood-plasma treatment for coronavirus patients in case of emergency.

The blood plasma from the recovered patients of the virus could increase the health and decrease the morality, and it was approved to use for severe or emergency cases of coronavirus in America. This method has been used in many countries, and the USA has approved it now. U.S. President Donald Trump urged the recovered patients of coronavirus to donate their blood plasma so that fight against coronavirus pandemic could take its pace and recovery chances could increase.

The strong U.S. dollar in late session exerted pressure on GBP/USD pair that pulled its prices towards the downward track and hence paired posted losses.

Meanwhile, an internal British government document was leaked on the U.K. tabloid “The Sun” that allegedly outlined the country’s plans in a reasonable worst-case scenario. The second wave of coronavirus, along with the severe flooding and the flu with a no-deal Brexit, could cause a systematic economic crisis. According to that document, the major impact will be on unemployment, disposable incomes, business activity, international trade, and market stability.

The document said that social distancing & mask-wearing would be continued until 2021. The government document also revealed that the navy would be deployed to prevent illegal European fishing boats from clashing with British vessels. The document was dated as of July 2020, and also said that if the U.K. and E.U. failed to reach a post-Brexit trade deal, then hard borders and tariffs will come into effect on January 1, 2021.

Trade talks between both parties have stalled with no breakthrough in sight and the chief Brexit negotiator of European Union, Micheal Barnier has said that the talks were going even backward instead of moving forward. At the same time, the U.K. negotiator, David Frost, said that a little progress had been made. Both sides provide mixed views and raise the confusion amongst investors that have been weighing on GBP/USD pair.

The GBP/USD pair is trading sideways above a strong support level if 1.3072. The support here is extended by 1.3074 level, where the bearish breakout of 1.3074 level can extend selling unto 1.3007 level. On the higher side, the next resistance is likely to be found around 1.3155 level. The 50 EMA and the technical indicators such as RSI, MACD, and 50 periods of EMA suggest a selling bias in the Cable. Let’s consider taking selling trades below 1.3075 level, while buying can be seen if the GBP/USD pair continues to close candles over 1.3075 level.

The USD/JPY pair was closed at 105.979 after placing a high of 105.995 and a low of 105.687. Overall the movement of the USD/JPY pair remained bullish throughout the day. The USD/JPY pair posted small gains on Monday amid the risk-on market sentiment after the FDA approved of coronavirus treatment. However, the lingering US-China tensions and the fact that the U.S. Congress was far from giving any news about the next stimulus kept the market risk sentiment limited.

The U.S. Dollar Index was up on Monday to 93.2 level, and the USD/JPY pair also rose because of improved demand for the U.S. dollar.

However, the main reason for the upward trend was a possible coronavirus treatment that was already being used in different countries. The U.S. Food and Drug Administration has approved the use of blood plasma from recovered patients to treat severely ill coronavirus patients.

The FDA approved this treatment only in case of an emergency and to recover the most severe cases. Whereas, President Donald Trump appealed to the Americans who have recovered from viruses to donate plasma.

This raised the market risk sentiment and weighed on safe-haven Japanese Yen that ultimately pushed the USD/JPY pair on high.

Japanese Yen remained on the back foot on Monday with global equity indexes posting gains at the start of the week. The Dow Jones Industrial Average was up by 0.8%, and the S&P 500 was up by 0.7% on Monday amid improved risk appetite.

Meanwhile, the next stimulus package was still not announced by the U.S. Congress as both Republicans & Democrats were having differences in the size of the package. On the US-China front, the United States and China have already signed the phase one trade deal earlier this year, and China has trouble living up to it. Beijing is supposed to increase the purchase of U.S. exports by 200 Billion U.S. dollars by the end of 2021 in exchange for tariff cuts on Chinese goods by the U.S.

Last week, both parties were scheduled to hold a video conference meeting to discuss the implementations of the phase-one trade deal and issue a review of its progress. But the meeting was canceled by the U.S. President Donald Trump in anger over Beijing for the pandemic outbreak.

The Trump administration has also denied rescheduling the meeting, and it is expected that the review will not be issued. This also raised the uncertainty and kept the risk sentiment under pressure that limited the gains in the USD/JPY pair.

On Tuesday, the USD/JPY is trading sideways in a broad trading range of 106.300 to 105.240. At the movement, the USD/JPY is tossing above and below 50 periods EMA, while the RSI and MACD are in support of a neutral trend. The recent series of Doji and Shooting start candles are suggesting indecision among traders. Sooner or later, we may see USD/JPY prices break out of the range. Once it happens, the USD/JPY may trade bullish over 106.300 to target 107.084. On the lower side, violation of 105.240 level can drive selling unto 104.300. Good luck!