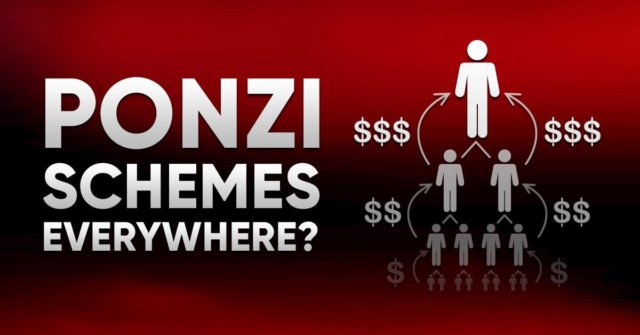 Ponzi schemers are now moving into the cryptocurrency space to try their luck. This is because many people are still unfamiliar with cryptocurrency or how the technology really works, rendering them vulnerable to any investment lie mixed with some truths. There is also the sentiment about cryptocurrency being a “get-rich-quick” investment. The crypto space also has few checks and balances – thanks to its decentralized and deregulated nature – making it easy to defraud unsuspecting investors and evade the law – even if just for a while.

OneCoin: the Greatest Crypto Ponzi scheme of All Time

OneCoin is perhaps the cryptocurrency Ponzi scheme that takes the crown. US prosecutors have concluded that the scheme raked in approximately $4 billion from investors around the globe. From Palestine to the UK to Uganda to India to the US, people from all over the world were duped into sinking money into “the next Bitcoin.”

In China alone, authorities recovered $267.5 million and prosecuted over 90 people in connection with the scheme.

Dr. Ruja Ignatova, the mastermind behind the scheme, has been missing since 2017. The last that was heard of her is that she boarded a plane from Sofia to Athens never to be seen or heard from again.

OneCoin was launched by Ignatova, a Bulgarian, who according to her LinkedIn profile, is an Oxford graduate and a former McKinsey employee.

On the surface, you couldn’t have suspected anything was amiss. After all, OneCoin supposedly worked like any other cryptocurrency that generated new coins via mining and could be used to facilitate global payments. Also, it came with a safe and secure wallet, and it had a “total supply of 120 billion” coins.

Network participants were required to buy educational materials that included cryptocurrencies, trading, and trading analysis, investments, and so on.

Participants could also receive discounted packages and referral rewards if they got more users to join the network.

Ostensibly, OneCoin was a “centralized network” where the team “took care of all technical aspects.” In truth, however, OneCoins were engineered by the scammers who programmed it from $0.56 to around $ 33.68.

Also, it was later debunked that OneCoin never really had a blockchain, with police saying that it lacked “a true blockchain that is public and verifiable.”

The Launch of Onecoin

In June of 2016, Dr. Ruja appeared on stage at a flashy event on the Wembley Stadium in London, dressed resplendently in a ball gown complete with long earrings. With superlative after superlative, she described OneCoin as the next big thing, including that OneCoin would be “the biggest out there,” and it would “write history.” She told hundreds (or perhaps thousands) of screaming fans that OneCoin was the “most transparent, most powerful, and most legal” cryptocurrency. She concluded with this classic: “In two years, nobody will speak about bitcoin anymore!”

Despite OneCoin allegedly growing rapidly and stories of success, investors were starting to get concerned. A long-touted crypto exchange that would let users exchange one coin into Fiat was being constantly postponed. At an event in Lisbon where organizers would allay investor concerns, Dr. Ruja was a no-show.

FBI records indicate that she flew on a Ryanair flight from Sofia to Athens on October 25, 2016, and that is the last that investigators know for now. A BBC article surmises that she might be living in Frankfurt under a fake identity.

How to Smell a Cryptocurrency Ponzi scheme From Miles Away

The OneCoin story is a juicy one, but in there lies very important lessons for every aspiring cryptocurrency investor. Investors who put money into the project will likely never be able to recover it. Even though authorities might successfully recoup some of the money, the probability that individual investors around the world will be fully compensated is very low. Their money’s gone, just like that.

So how can you protect yourself from these kinds of scams? After all, such fraudsters are not going anywhere; in fact, they are constantly reinventing the game.

Always look out for these red lights:

i) Massive and Consistent Returns

This is perhaps the most obvious tell-tale sign of a Ponzi scheme. No investment can consistently return massive profits almost without risk. So when you see a project bragging about an impossibly high rate of returns, think twice. The general rule is: if it is too good to be true, it probably is.

If an investment project relies too much on referrals, then that is a red alert. Referral and commissions are the main routes through which participants will earn in most Ponzi schemes. If you see this kind of a model in any enterprise, it means the business itself is unprofitable, and sooner or later, it will cave in.

Who owns the company? Are the founders in the shadows, or is information about the company inconsistent? If you know what to look for, a simple Google search should be able to reveal any shadiness.

To escape the law, many websites of crypto schemes will put up the facade of a legitimate business such as a wallet service, a cloud mining platform, etc. Then they will tell you that to access the investment portion, you need to sign up first. This should set off your alarm bells.

The tradition of cryptocurrencies is to exist in the open. But scam coins will usually hide their source code such that others in the development space cannot review it. Also, their blockchain is not up for public participation.

As you can see, crypto Ponzi schemes are well and alive. Fraudsters are rushing in to cash in on the allure that cryptocurrencies hold, and if you’re not careful, it’s easy to get roiled in a Ponzi scheme and lose your savings in a flash. These nuggets should help protect you from falling victim to a crypto Ponzi scheme.