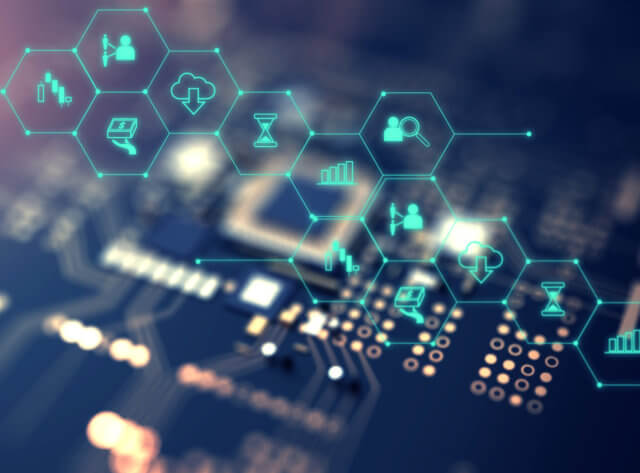 The days are long gone when bitcoin was the hype surrounding blockchain technology. The blockchain space had expanded in ways no one could have envisioned when the technology was still in infancy. One of the most exciting topics in the space right now is that of decentralized autonomous entities.

What are DAOs and DACs? Where do humans fit in, if at all? What does this mean for the future of the corporate space? Let’s find out.

There are several concepts that are underlying the entire DAO and DAC model that we need to familiarize ourselves with, first. Let’s get a grasp of them below:

☑️Smart contracts: A smart contract is a contract that is self-verifying and self-enforcing when certain conditions have been met. A smart contract is much like a traditional contract but without the intermediaries like lawyers, accountants, and so on. Since a smart contract does not need third parties to oversee is execution, it’s way more economical in terms of time and costs.

☑️Internal capital: This is property belonging to an organization and which can be transferred to other parties. Internal capital can either be physical or virtual.

A DAO is an entity that operates purely on the internet and whose operations are autonomous, though these operations are input by humans. To understand what a DAO is, it helps to think in terms of what it is not.

Let’s begin by looking at decentralized applications (DAs). A DAO is a DA, but with internal capital. This means that a DAO has some sort of property that has value, and it can use this property to reward certain activities or transfer that property to some external entities. A DAO also utilizes autonomous agents to carry out some activities in place of humans.

So we can say a DAO relies on human input to kick off operations – with the operations being automated, that is, independent of human intervention. As such, a DAO can be described as being automated at the center, but having human action at the edges.

Now we come to DACs. DACs are a subset of (DAOs). We can look at it this way: all DACs are DAOs, but not all DAOs are DACs. One standout feature of DACs is that they are profit-driven. A DAC has stakeholders who have a right to the share of profits that it generates.

What Are The Benefits Of DAOs and DACS?

Both DAOs and DACS present with some benefits of their underlying automation-at-the-center, humans-at-edge model.

i) A Borderless and Non-Jurisdictional Organization

Let’s contrast this with the traditional model of organizations. These organizations possess a corporate personality, exist within a physical space, provide physical goods and services, and operations are run by paid employees. This system is subject to a ton of regulations and rules, as well as legal, accounting, and energy costs.

A DAO can circumvent some or even all of these issues. This doesn’t mean that a DAO will be exempt from corporate laws. Regulators will most likely take this position: If it looks like a duck and quacks like a duck, it’s probably a duck. However, the very nature of a DAO will enable it to sidestep some of the issues that a traditional organization can simply not avoid.

ii) An Increased Sense of Ownership for Members

The traditional model of companies concentrates much of the decision-making power and money at the top. Shareholders take the biggest piece of the pie, followed by executives, then top-level management. The average employee is consigned to the very bottom of the rung. This model is not the most ideal for modern corporate space. Research shows a hierarchical structure negatively impacts employee satisfaction, job quality, loyalty, and morale.

DAOs can solve this by providing everyone with a monetary and decision-making stake, as well as fostering feelings of belonging and ‘buy-in’. This results in more motivated employees who will dedicate the time and effort into the long-term success and thriving of an organization.

The importance of business-to-business relationships cannot be overstated. Arrangements such as joint ventures, partnerships, and so on can enable companies to work together and save resources, promote trust, and define their own market-friendly rules. The ability for this to happen in an open, transparent, and autonomous manner is a win for all parties involved.

iv) Early Preparation for the Future of Decentralized Organizations

With the increasing recognition and adoption of blockchain and smart contracts, it’s a matter of time before businesses take it “on-chain”. In the future, contracts and online agreements that do not have some sort of smart contract functionality will be treated with suspicion because people will see it as an unwillingness to do business in a trustless environment.

The question “what are you hiding?” will not be too off the mark. As such, on-chain based organizations will be best positioned to take advantage of the opportunities of the model as well as trailblaze the field. Also, blockchain makes things more efficient – and this will enable such companies to knock off the competition and become a source of pride for their members.

What’s So Special About The DAO and DAC Model?

The DAO and DAC model proposes utilizing the blockchain to automate the vast majority of internal functions, as well as external engagements. The big vision here is an ecosystem of automated, borderless organizations all running on enterprise blockchains. What is so special about this model? Why should businesses and, indeed, the world pay attention?

Openness means total transparency in the organization’s operations. The blockchain-based way of doing things means functions such as voting, financial records and payroll management, constitutional procedures, and so on are done in a completely transparent fashion. Minority shareholders never have to worry that the majority of shareholders are partaking in dubious activities.

Also, members are sure that there is no misappropriation of funds taking place. A blockchain-based business can also utilize a multi-signature wallet that requires every member to authorize transactions. In short, there is fairness and risks are mitigated.

Automation through smart contracts takes everything to a new level of excitement. Employees can be assured that there are funds to reward them for their work before they can begin on projects. Employers can ascertain that employee credentials are up to the mark, and outside engagements can be arranged without the need for outsourcing.

The DAO model is blockchain-native. Decentralized applications will enable companies to utilize blockchain technology to a certain extent. But DAOs will take things to new levels by incorporating functionalities into the blockchain structure. This will lead to frictionless operations and create an environment where enterprises can reap the full benefits of blockchain.

These organizations are not just a theoretical concept. Projects like Aragon, Bitshares, and Colony have already taken the mantle in this space. Satoshidice, an online casino, is another unexpected entity that embodies what a DAC is. With projects like these already up and running, it’s clear that we’ve barely scratched the surface of what the DAO model is truly capable of becoming.