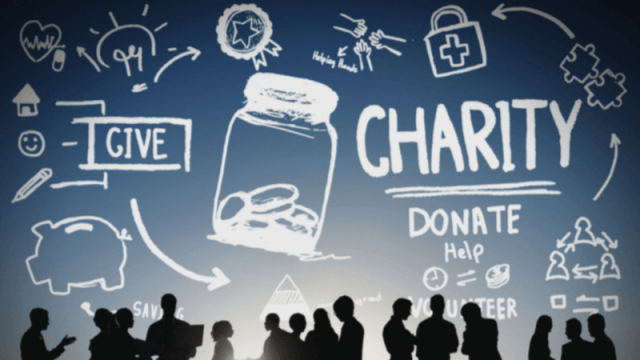 Donating to charity brings a heartwarming experience in knowing that you’ve helped improve someone else’s life. It could be a fundraiser to help settle a hospital bill, feed the homeless, or even raise money for environmental causes. But, have you ever stopped and considered where your donations end up?

Unfortunately, charitable giving is not as charitable as one would wish. A good number of fundraising organizations are overwhelmed with mismanagement and bad records, which results in lost funds. Others are outrightly fraudsters whose intentions are to siphon funds from unsuspecting donors.

In a report from UK’s The Guardian news outlet, global development workers admitted that 2 to 5% of funds raised in charities are lost to fraud. This translates to losses of $276 million from a total of 7.46 billion intended for humanitarian aid in a single year. Some organizations have even agreed to dissolve after being found guilty of embezzlement of donors’ funds.

As the public’s trust in charities declines due to numerous scandals, there’s a new player on the scene poised to change the face of charitable donations forever. This is blockchain technology.

Where Blockchain can make a difference

Blockchain, a distributed ledger system, can resurrect the image of charities in the following ways:

One of the most attractive features of Blockchain for philanthropists is that it makes it possible to trace all the donated funds. All the donated funds are recorded in a distributed ledger, making it possible for donors to monitor the entire sequence of transactions. As such, a donor can be sure the funds will reach the intended recipient, which in turn promotes accountability from the organizations.

Also, every transaction in the blockchain network is cryptographically encrypted, rendering it immutable. This means that entries cannot be modified but can only be updated by adding new transactions. Not only does this offers unparalleled transparency, but it also minimizes the wastage of funds, thereby building trust between donors and an organization.

An excellent example of a blockchain-based donation system is Charities on the Chain, designed by China’s e-commerce giant – Alibaba. The system accepts donations from customers and allows auditors, the media, and the donors themselves to track information on how the donations are used.

Besides fraud, charities grapple with expensive administration costs that eventually eat into the total amount for money raised. Sure, some of these overhead costs are unavoidable, such as office supplies and employee salaries. However, expenses such as those incurred when transacting with financial intermediaries can be brought down. Through smart contracts, the intermediaries involved can be reduced, in turn lowering the administration costs. For example, when donating, funds are often sent to a financial institution, which later sends them to the charity organization after taking a cut off the raised amount. Smart contracts can facilitate direct transfer of funds from donors to an organization while also ensuring that the charity receives the funds once certain objectives have been achieved.

Sending donations via traditional banking channels is usually expensive, especially for cross-border transactions. Also, during the transaction, the funds are subjected to taxes in addition to other deductible expenses. However, Blockchain can be used to facilitate the transfer of funds from the donor to an organization at a reduced cost with minimal red tape delays. Moreover, every transaction is recorded on a public ledger in real-time. This, in turn, helps decrease the cost of annual reporting on a charitable organization’s budget, while increasing its overall transparency.

The donation process becomes even more efficient if an organization uses a native cryptocurrency/token to raise funds. Cross-border transactions will be efficient without a minimal daily limit, as it is the case with conventional money transfers. On the downside, using cryptos to raise funds means that charity organizations will be subjected to capital tax gains. This is especially true in countries such as the United States, where they are treated as assets. Also, digital currencies are usually volatile, which can lead to loss of value. To mitigate this risk, charities can consider accepting stablecoins that are less volatile.

Despite the advantages, there are few concerns to be considered when adopting blockchain technology in charity organizations.

Although blockchain technology has been around for more than a decade, policymakers are still trying to understand the long-term implications of this technology. So, it’s uncertain how they’ll choose to regulate it. Additionally, for organizations looking to accept cryptocurrencies as donations, they’ll have to bear with unfair tax laws imposed on digital assets.

ii) Ease of use

Blockchain solutions work differently from traditional systems and are more complex than the latter. As a result, charity organizations face an inevitable learning curve when exploring Blockchain’s potential. As such, besides the high cost of application of blockchain solutions, organizations will also have to spend more resources on training their staff on how to use these solutions.

While blockchain technology is inherently secure, smart contracts are prone to bugs, which can create security loopholes. Hackers, therefore, can exploit bugs on the code resulting in loss of funds.

Also, the loss of private keys can as well lead to the permanent loss of funds. Not to mention that the same keys could land in the wrong hands.

It is beyond doubt that blockchain technology has the potential to redefine philanthropy and bring in the much-needed transparency and accountability. But before implementing this technology, charities will need to evaluate the cost of implementation, in terms of finance and management, and then weigh these costs against their charitable objectives. It is crucial to note blockchain technology is not necessarily appropriate for all operations in an organization. There already exist traditional infrastructures that can process transactions efficiently or even better than blockchain solutions.