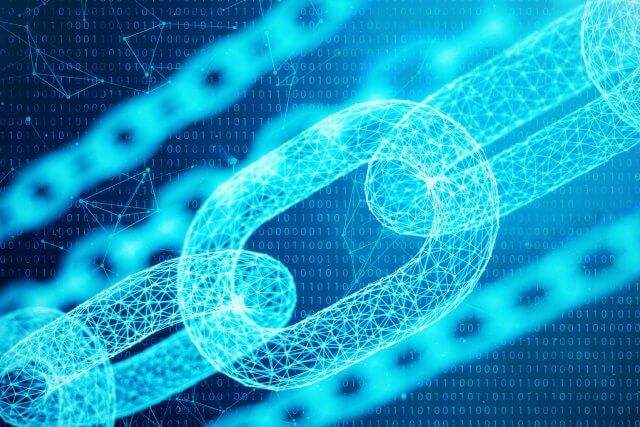 In the last few years, blockchain technology has been marketed as a game-changing innovation that could change traditional payment and information-recording systems. Indeed, blockchain technology offers tremendous promise to become a key driver of the digital economy. Still, over-the-top marketing of its capabilities is killing it even before any of its solutions materialize.

The best-known example of blockchain technology in action is in cryptocurrency, particularly Bitcoin, which grabbed headlines for its rocketing prices and volatility. These price swings led to a bitcoin-buying frenzy and the proliferation of cryptocurrency scams, which resulted in the entire crypto-market losing almost 80% of its value in 2018.

In 2019, as the crypto-craze subsidized, blockchain technology entered into what Gartner Inc. calls the ‘trough of disillusionment,’ meaning the technology is struggling to live up to its hype. Most industrial blockchain concepts are stuck in the experimental stages and may not become a business revolution as anticipated. If the hype dies down and interest in the technology wanes over time, it could perhaps be the best thing to happen to blockchain technology, as it will force people to focus on the value proposition blockchain brings to the table.

The blockchain hype can be best described as a gimmick used by businesses looking to capture gullible investors. Although this is not to say blockchain lacks an inherent value, the technology’s oversold optimism is somewhat unwarranted.

As a recent advertisement survey showed, the term “blockchain” was one of the most overrated words. The survey suggests that many companies abused the word ‘blockchain’ to get free media attention and perhaps attract investors/clients. This is hardly a surprise as a year before the survey, a NASDAQ listed company – Longfin Corp – saw it’s shares soar a whopping 2,000% after acquiring a blockchain-empowered microfinance provider. Sadly, even companies unrelated to the technology world have boarded the blockchain bandwagon without examining the business value it offers to their industry. Such unstructured experimentation of blockchain solutions with a minimal evaluation of value at stake means that enterprises will not see a return on their investment.

According to Gartner’s hype cycle, blockchain is still a couple of years away from revolutionizing business ecosystems. This couldn’t be truer, considering that the technology is still immature with a nascent market that has not yet shown a clear recipe for success. In the meantime, there are gaps between blockchain opportunities, and it’s real-world use cases. These include:

One of the biggest stumbling blocks facing blockchain solutions is the sheer amount of computational power required to run these solutions. Recording data on blockchain involves solving complex cryptographical challenges, which ends up consuming a lot of electric power. This is evident from Bitcoin mining, which has been known to be resource-draining in terms of electricity cost and hardware.

Besides the high energy demand, blockchain solutions still require ample storage to keep all the data. This is a huge challenge to small enterprises that cannot afford enough computational storage for their data.

Blockchain technology is inherently slower than some of the existing infrastructures that can handle more transactions within a shorter time. A classic comparison to ascertain this claim is between Ethereum and Visa systems. Ethereum blockchain can handle about 15 transactions per second, while Visa processes approximately 45,000 transactions per second. This means that it is wiser for enterprises to hold on to the existing infrastructure than jumping on the blockchain bandwagon; otherwise, they’ll have to deal with slowed business processes.

The rise of blockchain technology has inspired developers to develop various iterations of the same, in an attempt to design unique solutions that meet industry-specific needs. While this is a good thing by itself, it creates many networks that work in isolation. As such, lack of interoperability among various blockchain networks can force enterprises to operate independently, yet they belong in the same industry. For instance, a bank might be using one blockchain solution, while another microfinance institution uses a different solution. As a result, it is almost impossible for the two to efficiently collaborate, especially in transactions that require them to work together.

The challenges mentioned above notwithstanding, there are several core insights about blockchain’s value that businesses need to understand.

The focus is on cost reduction

What’s forcing most businesses to experiment with blockchain solutions is that they fear missing out, primarily if they operate in a competitive industry. Such an approach obscures the real enterprise value of blockchain technology, which is to increase operational efficiencies by removing intermediaries and administrative efforts of record keeping. This is why the financial industry is more primed for blockchain solutions than any other industry, as it is built on trust between intermediaries.

By eliminating intermediaries and increasing operational efficiencies, there is a common misconception that blockchain solutions will equally increase productivity. This idea can be likened to the time when computing was introduced into the business world. Although it helped improve business operations, productivity statistics didn’t increase in equal measure. Given the dynamic nature of the technology world, it is rare for a solution to mature to optimal efficiency since there will always be newer and more promising technologies emerging within a short period.

There is only a handful of successful blockchain solutions in the market, and this has aided in killing the blockchain hype. As the dust settles down on the broken dreams and the disillusionment fades away, blockchain technology will be weighed based on its value rather than the abstract ideology of what it can offer. Nonetheless, it’s not all doom and gloom, since it is likely that blockchain technology may have arrived ahead of its time. Such was the case with Artificial Intelligence (AI) and machine learning algorithms developed in the 50s, but have come to find their use in the 21st century.