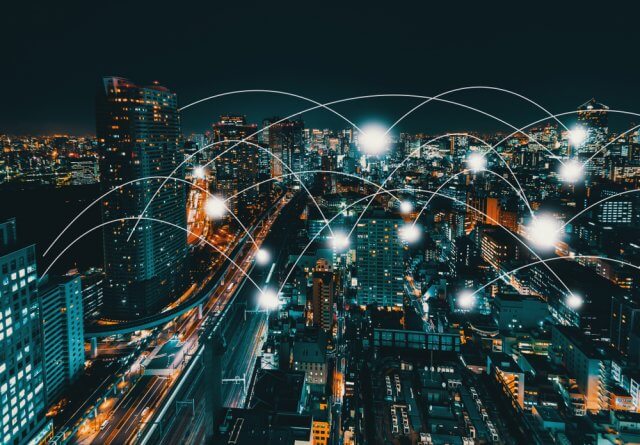 The telecommunications industry has enjoyed a front-row seat to some of the most exciting developments in the history of technology.

But, all that has changed in the current business environment where telco companies face stiff competition from newcomers in the market, particularly the internet-based communication services providers such as Whatsapp messenger, FaceTime, WeChat, Viber, and Facebook’s Messenger.

As a result, telco enterprises have suffered revenue losses due to drop-offs in SMS users and roaming.

Currently, most of these enterprises have been reduced to just internet service providers. With this, they have managed to secure their position in the dynamic communication industry.

However, their position is at risk of being eroded further, especially given the gradual decrease in investment in the telecommunications industry after the infamous Dot-com bubble burst.

To secure their place in the competitive market, increase revenue, and meet the new customer needs, telecommunications service providers will have to explore the disruptive potential of blockchain technology. Implementing blockchain solutions, however, isn’t as straightforward as it sounds as the telco companies run in a highly regulated industry.

But according to a recent report, a good number of communications service providers – (CSPs) – are either considering or actively experimenting with blockchain.

So, despite the uncertainty, the pilot projects from these CSPs will lay the groundwork for others, showing them how future applications might work.

As the industry anticipates full integration of blockchain solutions, let’s look into some of the opportunities resulting from this integration:

Telco enterprises are inherently complex in their architecture and demand significant amounts of investments. Case in point, billions of dollars have gone into designing and finally rolling out the 4G/LTE networks. Also, as the world anticipates the coming of the 5G network, telcos are under heavy pressure to invest in new resources, consequently intensifying the competition in the communication industry. Unfortunately, telcos aren’t guaranteed to reap returns on their investment even after moving their operations to the new generation network.

As an alternative solution, telecom operators and service providers could come together under the decentralization of blockchain networks where they can share the cost of resources instead of doing it all alone. Decentralization would help create a sharing economy, bringing down the barriers of transparency while enhancing timely coordination among the telco stakeholders.

Moreover, thanks to the transparency and immutability, all telecom companies, regardless of their size, can join the newfound cost-sharing economy, creating a level playing ground. This, in turn, promotes healthy competition in the industry.

Most importantly, returns on investment will be shared fairly among the participants using a consensus mechanism, which is basically a series of mathematical algorithms that reward participants according to their investment amount.

With the cost of resources brought down to an affordable price range, telecommunications companies will be able to achieve wider network coverage and even offer high-quality services at a lower price than a single company would provide.

Additionally, smart contracts can also be introduced into the network to create new business models such as rentals and pay-as-you-go, which would increase returns to reasonable amounts.

Usually, the fraud goes almost unnoticed, which causes the networks to take too long to respond.

The delays are majorly caused by slow data exchange between the home and visited networks.

There is also a lack of control over the systems in which the fraud has occurred, further contributing to delayed response time.

By using a private blockchain network, roaming agreements will become more transparent. In this case, designated nodes from both telecom operators will verify each transaction broadcasted on the network.

The roaming agreement between the HPMN and the VPMN is settled by a smart contract which is generated while the transaction is broadcasted. So, anytime a subscriber is roaming, the VPMN broadcasts the transaction data to the HPMN.

In turn, the data triggers the smart contract to execute the terms of the roaming agreement. As such, the HPMN will automatically calculate the billing amount based on the cost of service provided and then send this information back to the VPMN.

Identity theft in the telecommunications industry is not only detrimental to the subscribers but also to the telecom companies.

When a subscriber falls victim to identity theft, the perpetrator ends up using the telecom services, yet it’s the victim who ends up paying the bill.

If well-executed, the perpetrator may go even to the extent of jeopardizing some of the services offered by the company leading to revenue losses.

Blockchain can be used to secure subscribers’ identities and, in turn, cutting down the telecom revenue losses.

There exist a plethora of messaging apps provided by the carrier and others by third-party communication services.

Unfortunately, these messaging apps can’t communicate directly with each other, rather a user from one app can’t send messages to another user in a different app.

This creates communication barriers, with some users resorting to downloading numerous messaging apps just to enjoy the convenience of communication with other users on different apps.

For example, iMessenger users cannot communicate directly with Whatsapp or Viber users. As such, they’re forced to download the other messaging apps for efficient communication.

Blockchain can break communication barriers by integrating messaging apps to create a decentralized communication protocol that exists in an interoperable ecosystem. The newfound interoperability can be used to facilitate the Internet of Things (IoT), which requires seamless communication of various devices and apps.

The telecommunications industry is a fertile ground for blockchain technology to thrive and inspire innovative business models.

With telco giants such as Vodafone leading the way towards embracing blockchain in the industry, it is expected that new solutions will be designed, which will guide the other stakeholders in implementing blockchain solutions.