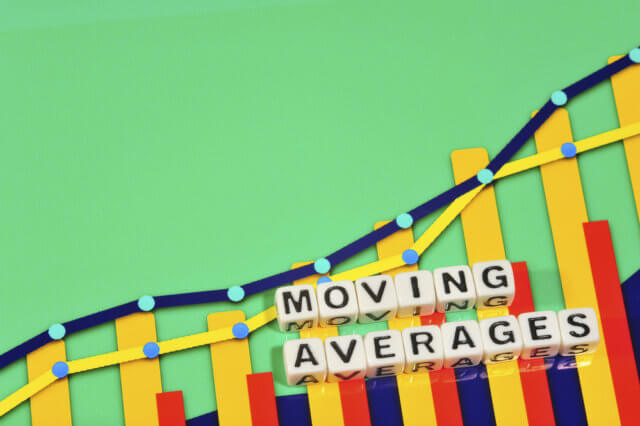 After having a fair amount of discussion concerning Simple and Exponential Moving Averages, a question that may arise is, which one to use when? Whether SMA gives accurate trading signals, or is it the EMA that is more accurate and reliable than SMA? Let’s try answering these questions in this article.

We mentioned in the previous article that the EMA responds to price action more quickly. So, if we want to determine a short-term trend, EMA is the best way to go. It can undoubtedly help us in catching the early move of a trend and, in fact, profit from it by taking suitable positions in the market. The downside of the EMA is that it gives us the wrong signals during the consolidation periods of the market.

Since the EMA responds very quickly to price movements, we might think that the price has broken out of the range while it could just be a spike. The EMA proves to be too fast, and this is not desirable in such market scenarios.

In the below chart, we see that the market starts to ‘range’ after a retracement of the big downward move. Due to this, the EMA starts moving up, indicating a buy signal. Later, when the last but one candle of the range breaks out above the range, traders might think that the market has reversed, as this is also confirmed by the EMA. In the very next candle, the price makes a long wick at the top of the candle, and the EMA takes a sharp turn on the downside. This is one of the examples where the EMA can give us false signals. 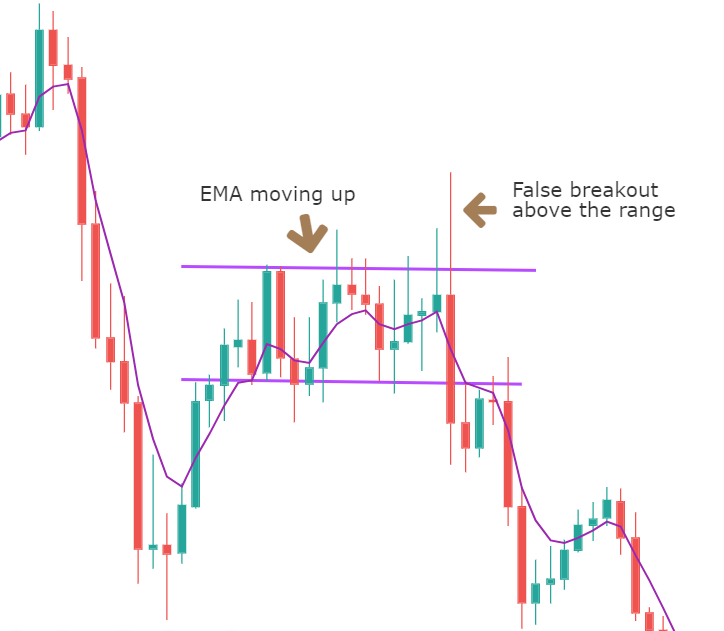 The opposite is true with Simple Moving Average (SMA).

The SMA should be used when we want the moving average to be smooth and respond to price action slower than the real price movement. This characteristic is particularly useful when we are trading longer trading frames, such as daily or weekly. Since SMA responds slowly to price movement, it can possibly save us from such fake outs.

The below chart represents the weekly chart of a Forex currency pair where we can see the SMA moving up even after the occurrence of the spike. Hence the SMA gives an idea of the overall trend by filtering out spikes. 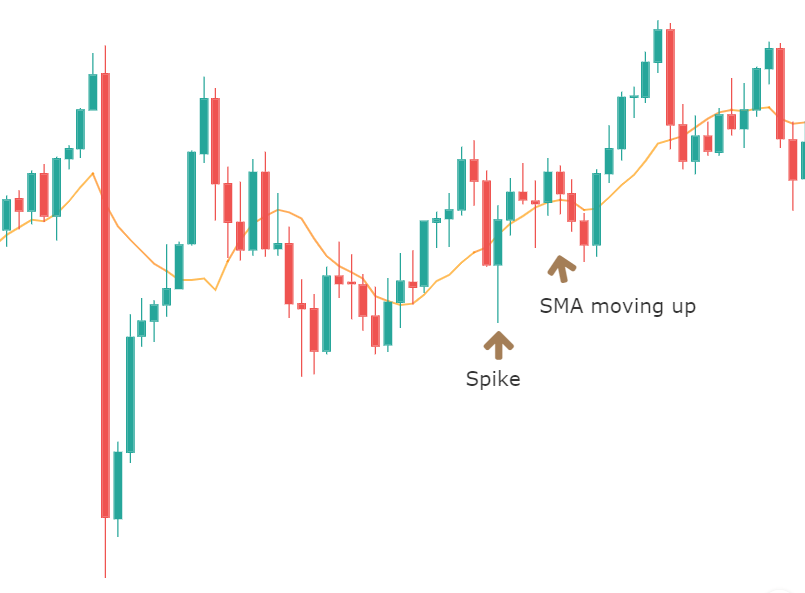 The SMA should be used when we want to protect ourselves from fake-outs and predict the price movement in the longer term. By using SMA, we might miss the opportunity of getting in on the trend early. On the other hand, the EMA is quick to predict the trend, and thus we can be a part of the initial move of the trend. But it carries the risk of getting preoccupied with fake-outs.

The answer to the above question (which one is better?) is that it really depends on the type of trader we are. Our risk appetite, trading time frame, and strategy will influence the type of moving average we should choose. In the upcoming lessons, we will learn how to use moving averages to determine the trend and take a trade. Stay Tuned.