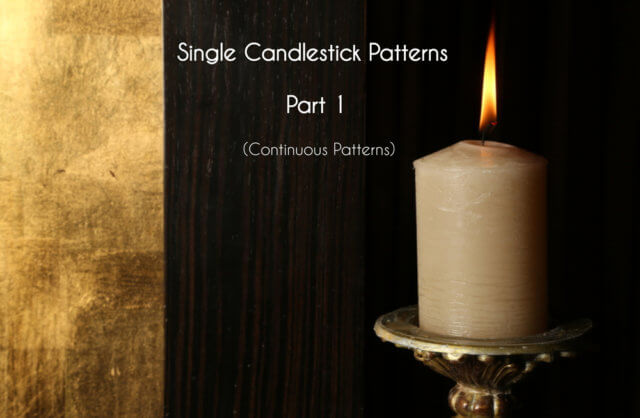 In this article, let’s discuss ‘Single Continuous Candlestick Patterns.’ As the name suggests, a single continuous candlestick pattern is formed by just one candle, and the appearance of this pattern indicates that the trend will continue in its actual direction. This means the trading signal generated by this pattern is based on a single candle’s trading action. The trades taken based on a single candlestick pattern can be extremely profitable, provided the pattern has been identified and executed correctly.

Now let’s see an example of one of the most important single continuous candlestick patterns.

Marubozu is a candlestick with no upper and lower shadow (appearing bald). Essentially, this pattern has a single candle with just the real body, as shown below. 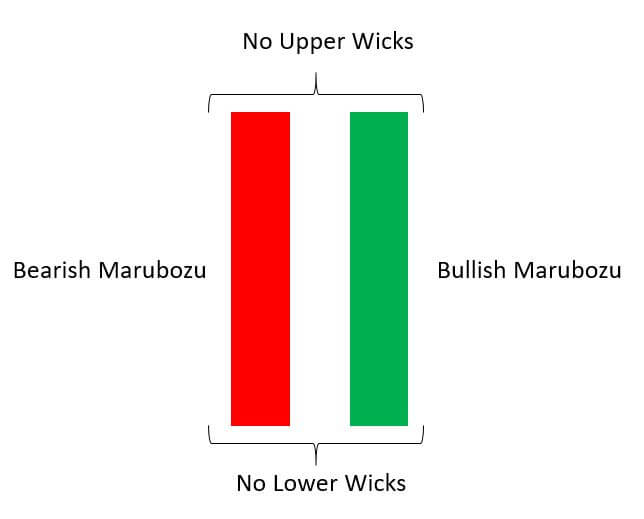 The Marubozu candle can be both bullish and bearish, depending on the major trend. The Marubozu, in an uptrend, suggests that the buying strength of the currency pair is still prevailing in the market, and the trend is supposed to continue. The same is the case if it appears in a downtrend (Bearish Marubozu), which is a sign of trend continuation.

Below is the picture of how the Marubozu pattern looks on a price chart. 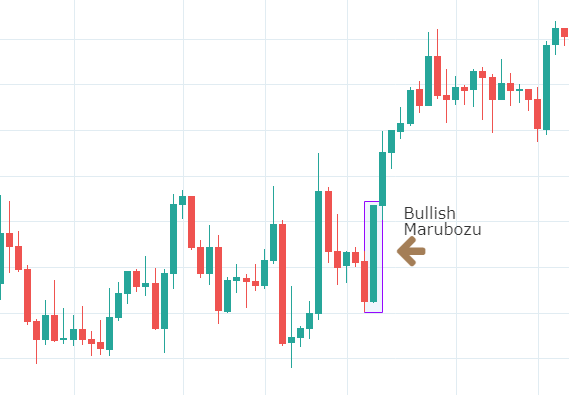 A bullish Marubozu indicates that there was so much buying interest in the currency that the market participants were willing to buy the currency at every price point during the day (considering a daily time frame chart). The buying interest is so much that the pair closed near its highest point for the day. So, when such a pattern appears on the chart, it is recommended to build long positions in that Forex pair with appropriate stop-loss and take profit. 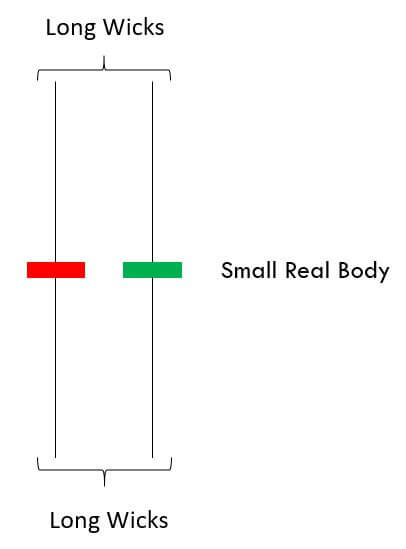 It basically conveys the market indecision as both bulls and bears weren’t able to influence the market. When a trader encounters this pattern in a trending market, he/she needs to be prepared for two situations:

Below is how the Spinning Top Candlestick pattern appears on a price chart. 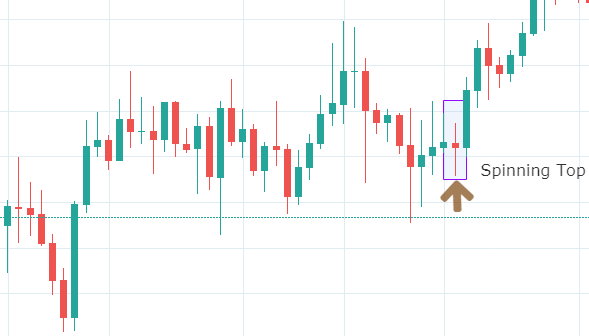 During such uncertainty, it is recommended to trade in the options segment of the market to profit from this candlestick pattern.