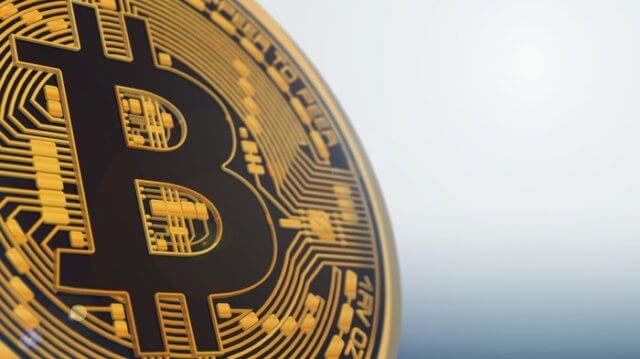 Ten years after it was introduced, Bitcoin is stronger than ever. Reporting its fastest hash rate ever at the beginning of this year, and leading a rally of other cryptocurrencies to outclass other assets, the idea that Bitcoin is not going anywhere has never held less water.

But Bitcoin’s success alone has not silenced the critics. Every conversation about it inevitably always leads to wrangles over what makes it valuable.

Skeptics say it has no value and that it’s a fraud and a bubble, and something that shouldn’t be called a currency. But believers see it as digital gold and the future of money. Who’s right and who’s wrong?

To answer this question, we need to dig a little into the history of money and the attitudes that have surrounded it over time. We’ll also see if Bitcoin possesses the “holy grail” of what’s considered a currency, and how it stacks against traditional money in this regard.

A Brief History of Money

Before we look at how Bitcoin gets its value, it helps to take a brief look into the history of money. When Bitcoin skeptics question its intrinsic value, arguing only fiat currency has intrinsic value. After all, fiat money wasn’t there at the inception of civilization.

As you may already know, bartering is one of the most significant ways that people transacted with each other. Bartering goes as far back as 6000 BCE when the Phoenicians traded goods across cities across the Mediterranean.

It was also the method of transaction in the Far East, Middle East, and Europe, with people exchanging spices, silks, perfumes, furs, food, silks, salt, and various more desired things among each other.

The Swiss are credited with being the first country in Europe to print banknotes – in 1661, and somewhat responsible for the note revolution. China had experimented with paper money for 500 years – centuries before Europe could catch onto the idea. Before then, the Chinese transacted with copper coins, which were not ideal due to their weight and insecurity, especially when traveling.

Countries then entered the “Gold Standard” era, during which coins representing various values were minted out of gold and silver. But this proved ineffectual as well because the coins were susceptible to tampering. Thus, the coins paved the way for gold certificates – which were paper documents representing a certain worth of gold.

Soon, the Bretton Woods system took over, which dictated that forty-four countries would peg their currencies against the US dollar, which was backed by gold reserves. This meant the US dollar was “strong” and safe because it could be converted to an equivalent of gold at any time.

But the US dollar soon crumbled under the pressure of public debt, inflation, and a negative balance of payments. In 1971, the US administration closed the gold window owing to too many US dollars in the hands of other countries and gold reserves being too low. A new economic plan was hatched – one who could better mitigate inflation and reduce unemployment. This plan gave birth to fiat currency as we know it today.

What Gives Bitcoin Its Value?

The legitimacy of Bitcoin has been questioned along the lines of what makes it valuable? Fiat currency has been “earned” through trial and error, culminating in the stable system of today. Bitcoin entered into existence as purely digital money, commanding attention. Not only has it gone on to eclipse all fiat currencies in value, but it also leads other cryptocurrencies to outperform other asset classes like precious metals, commodities, and so on. The coin has even hit an all-time high of $20,089.

Aside from the question of whether it is a store of value, a successful currency must also meet qualifications related to scarcity, divisibility, utility and transferability, fungibility, and durability. Let’s look at these qualities one at a time.

Divisibility. A valuable currency should be able to be divided into smaller incremental units. This divisibility makes it flexible in a way that reflects the true value of every good and service in an economy.

Utility. Utility means a currency is reliable. People should be able to use it to obtain goods and services reliably.

Transferability. A currency should be easy to be transferred between participants in an economy. This applies not only within a country’s borders but also between nations.

Fungibility. A successful currency must have each unit being interchangeable and indistinguishable from the next. For example, an ounce of silver is the same as another ounce of silver.

Durability. As a currency is passed between participants in an economy, it must be able to survive the test of time and not deteriorate too easily.

How it holds its own when compared against fiat currency.

To assess the value of Bitcoin as a currency, we need to see if it meets the above stipulations, and how it holds its own when compared against fiat currency.

Scarcity. Bitcoin’s supply is capped at 21 million coins. On top of that, the rate at which new coins are released is reduced after every four years. The last Bitcoin will be mined around the year 2140. On the other hand, fiat currency can be manipulated by the government or central bank so that its supply increases.

Divisibility. While Bitcoin’s supply of 21 million pales in comparison to most fiat currencies, it is divisible up to the 100 millionths. As such, the smallest unit, a Satoshi, is equal to 0.00000001 BTC. This divisibility is programmed into the currency’s original code. This means quadrillions of Satoshis can be distributed for use in a global economy.

Utility. Bitcoin’s blockchain technology is a public ledger system that’s not regulated by anyone, and it doesn’t need trust to participate in. This is enabled by a reliable system of checks and balances that ensure the efficient running of transactions.

Transferability. Bitcoin is transferable from one party to another thanks to tools such as cryptocurrency exchanges and wallets.

Fungibility. Every Bitcoin has the same exact value as the next Bitcoin, no matter who holds it and how they have acquired it.

Durability. Thanks to a highly secure, immutable, decentralized public ledger, Bitcoin is durable than most – if not all fiat currencies. Also, being a digital currency, a BTC can be used innumerably without wear and tear, theft, or loss – if its owner takes the requisite precautions.

So Where Does Bitcoin Derive Its Value?

To determine what gives Bitcoin its value, we need to look at what drives its price. Bitcoin’s price is driven by good old supply and demand, its monetary policy, and public sentiment.

Since it’s capped at 21 million coins, Bitcoin has a finite supply, and the coins released diminish after every four years, investors may be keen to acquire a share of it, fueling demand.

As well, just like people would back mediums of exchange in past centuries and thus making them universally accepted, such is the case with Bitcoin. The Bitcoin community “backs” up the currency, granting it acceptance and hence value. And as more people accept it, the more it’s distributed, raising its value.

As you can see, Bitcoin holds up fairly well against fiat currency. But still, what ascribes value to it is a hot point of debate.

One of the biggest challenges is its status as a store of value. Its ability to be a store of value is dependent on it being a medium of exchange. Thanks to its volatility swings, Bitcoin is more used as an investment than a medium through which individuals can transact with on a normal day.

As well, its utility and transferability are not exactly clear cut, as at this stage. Cryptocurrency exchange and storage spaces are vulnerable to hacks, loss of keys, thefts, frauds, and so on. And while fiat money is also susceptible to theft, there are regulations in place that are better suited to pursue redress.

Much also comes down to perception. A large chunk of the population still views Bitcoin as a bubble whose bursting is a matter of when. And governments and regulators across the world approach it in strikingly different ways – from outright hostility to absolute acceptance.

What Is the Deal with Intrinsic Value?

In truth, “intrinsic value” is not a thing, they say. In the world of money, intrinsic value is only that which we ascribe to an item. For instance, glass beads were used as money in Africa and parts of North America. Limestone coins were used for the same purposes by the Yap people of the Pacific. And paper money itself was treated with misgivings earlier on because it was considered ephemeral and shaky as compared to tangible things of value such as land, gold, sizes of armies, and so on.

As such, intrinsic value is merely a construct. Just because Bitcoin exists purely digitally, is under no one’s control and generally breaks the rules doesn’t mean it’s less a valuable currency.

Bitcoin’s path is far from certain. It started as shaky currency, yet today it has attained spell-bounding success and spawned off other successful cryptocurrencies. The question of its value will be around for a long time to come. Its utility, transferability, and other currency attributes are still not surefire. But from the look of things, it’s the world that will adjust to accommodate Bitcoin, not the reverse. And whether or not Bitcoin becomes the world’s currency, as envisioned by its creator, the world of money will not emerge unscathed by the Bitcoin wave.