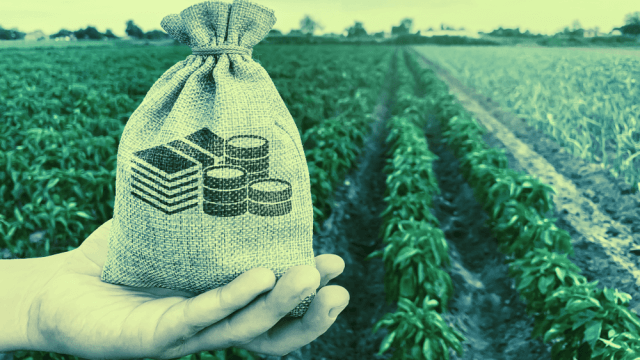 The newest and hottest DeFi trend in town is ‘yield farming.’ And no, it has nothing to do with rain and crops and granaries. Instead, ‘DeFiers’, or DeFi fans, have latched onto the metaphor to describe interest or ‘yield’ that’s achieved when they put to use crypto assets such as Dai, USDC, and USDT into DeFi platforms such as Compound.

The DeFi scene had already exploded in 2020 before yield farming became the next big thing. But in June, things went notches higher after DeFi platform Compound started distributing its governance token, COMP, just this June. In other words, Compound started rewarding users with the COMP token. The platform has taken on a near-celebrity credential in the DeFi world, thanks to the distribution. Hordes of investors and traders have flocked to the network to “farm” COMP.

So, how does yield farming work? Let’s demystify this trend as we explore any risks that you need to look out for.

At its core, yield farming, a.ka liquidity harvesting, is when you lend cryptocurrency, such as USDC or Tether, using a platform such as Compound. Compound will, in return, lend the funds to borrowers who want to use them for speculating in the market. Interest rates will vary with market movements as well as demand. However, just by participating in the Compound platform, you start to earn COMP tokens and interest. Other miscellaneous fees may also make part of the final equation. If the COMP tokens increase in value, your returns will also see a massive jump.

What kind of cryptocurrencies are involved?

Currently, Compound, only launched in June, is the biggest such service. Other major coins include Balancer, Ren, Curve, and Synthetix. Synthetix is the one that came up with the idea. As we speak, these projects have $1 billion in user funds locked up for lending. Most of the users are speculators seeking to earn triple-digit returns.

What are the Risks?

Well, for one, theft. The crypto scams and frauds you hear about are not far off just because this is a new type of investment. Remember, the funds you lend out are stored in software. And hackers always seem to have a knack of discovering new ways of compromising even the most seemingly foolproof code and stealing funds.

There’s also the risk of deposited coins losing value – a phenomenon that could cause the entire system to crash and burn. Moreover, there’s the whale effect. This is when investors with significant holdings go short, a move that could potentially shake the market.

On the whale point, still, there’s concern that they could manipulate prices. If a whale lends to a platform like Compound and then borrows the money back, it effectively creates artificial demand for the currency, creating inflation. Traders with modest holdings need to know that yield farming “has become a game for whales who are capturing the vast majority of rewards,” as pointed out by crypto research firm Messari.

Why is Yield Farming Suddenly Hot?

The reason is twofold. Amid the Covid-19 pandemic, cryptocurrencies, generally viewed as independent of system controls, have witnessed a surge of interest as Fiat currencies experience volatility due to overall economic uncertainties. There’s also the fact that these yield-harvesting products only just recently debuted, and are backed by high-profile entities like Andreessen Horowitz and Polychain.

What’s the Future of Yield Farming?

Jesse Walden, the founder of venture fund Variant, has said that while yield farming can promote growth for the sector right now, for it to succeed in the long-term, users have to have a reason to continue staying in the platforms.

“Yield hacking in DeFi is a short-term incentive to drive user growth, but the bigger game is the long-term wealth creation that comes from building (and owning!) a piece of the products and services that billions of people will use every day.”

Here’s how the most successful yield farmers are getting, well, profitable harvests.

A DeFi investor by the name Degen Spartan says the strategy of investing stablecoins in the sUSD Curve pool and depositing  LinkPool tokens on the Synthetix forum has yielded him an Annual Percentage Yield (APY) of 20%  since he started investing this way in 2019. Spartan thinks that the increased investor interest in COMP  has allowed the less explored investing strategies to thrive, increasing the overall yield in the DeFi space.

CoinFund founder and managing director Jake Brukhman believes there’s a lot of potential in the niche. He says he has witnessed APYs of anything from a few points to several hundred points, but that this hinges a lot on what assets you hold and your risk tolerance. Brukhman believes this success is a result of either the overzealousness of these protocols (some are offering capital at incredibly low rates) or inefficiencies in their systems (still a young niche).

Another investor going by the name SNX Professor recommends monitoring your trades daily, and only switch between lending protocols only when it makes sense. This is because yield farming, like any type of investment, takes time. Remember, you’ve invested in things such as transaction and slippage fees. As such, it’s better to wait it out in one platform until your investment can truly yield results.

And lastly, 1kx founding partner Lasse Clausen believes investing in these up and coming protocols is way more promising than investing in platforms that are already highly valued.

Closing ThoughtsYield farming is disrupting the DeFi scene and capturing the attention of investors and traders. For fear of missing out (FOMO), it’s easy to jump in the bandwagon rather blindly. However, this new type of crypto investing might be flashy and promising, but that doesn’t mean you should throw caution to the wind. Take highly measured steps and don’t put in more money than you’re willing to lose.