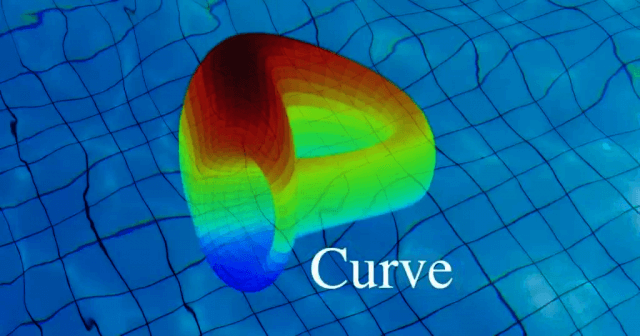 Curve Finance is one of the projects making waves in the DeFi space right now. The project is not a day older than one year, yet it’s already giving older projects like Uniswap a run for their money.

DeFi is the idea that the masses can have control over their own finances, as opposed to this being done by centralized entities such as governments and banks. Curve is giving opportunities to stablecoins holders to provide liquidity and earn from it, as well as traders to swap coins in a secure and safe environ.

Launched in Jan 2020, Curve is a blockchain-based platform for exchanging Ether-based stablecoins safely and securely. Michael Egorov, the founder of the protocol, recently told DeFi Prime that Curve is “an exchange expressly designed for stablecoins and Bitcoin tokens on Ethereum.”

The idea of such an exchange is not new. For instance, Uniswap has been doing this for years. So what sets Curve apart? Well, the answer to that is a bit complicated, but we’ll break it all down.

What Curve Does Differently

For one, Curve utilizes a market-making algorithm known as an automated market maker (AMM). A market maker is a software that buys and sells securities on behalf of a particular market, providing liquidity. At the same time, a market maker usually profits from the difference between bid-ask prices.

By employing a market-maker, Curve facilitates a faster order-matching process in its platform. This allows traders of all types (including large-volume traders) to easily swap their crypto at a very little fee and with minimal slippage.

Curve specializes in stablecoin swapping. It currently supports DAI, USDC, USDT, TUSD, BUSD, and sUSD. Also, it supports the BTC pairs of these coins. Exchanging between these coins is easy, efficient, and fast.

Using AMM protocols presents its own challenges. One of these is what’s known as impermanent loss (IL). IL is the loss you can incur when you hold crypto in an AMM instead of a wallet. An IL will occur if the price of such assets diverges in any direction. The bigger the divergence, the bigger the IL.

While these losses can be impermanent, they can become permanent when the liquidity pool is rebalanced to more accurately reflect the prices in other exchanges.

On the Curve platform, though, the likelihood of either impermanent or permanent loss is effectively reduced. This is because Curve specializes in stablecoin trading. Stablecoins are less prone to the price divergence that would trigger such losses.

Why Has Curve Grown so Fast?

The growth and rise in popularity of stablecoins is responsible for Curve.fi’s rapid growth in just a few months. Users are flocking to stablecoins because of their stability when compared to regular cryptocurrencies. Stablecoins provide the security and anonymity of cryptocurrency while providing the stability of Fiat.

Then, centralized exchanges such as Coinbase are characterized by high fees and a great likelihood of slippage. Curve.fi solves these problems by providing a decentralized, peer-to-peer, and safe exchange platform with minimal fees and slippage.

CRV token is the planned native token for the Curve protocol. In the beginning, the protocol was centralized, thanks to founder Michael Egorov being at the helm and controlling nearly all aspects of the platform. With the launch of CRV, the network aspires to become a completely decentralized platform. This launch is expected to happen sometime in early September.

How Can You Get CRV?

There’s no planned public or private sale for CRV, or an ICO for that matter. Rather, CRV will be awarded to liquidity providers based on how long and how much liquidity they’ve provided for the last months.

The total supply of CRV is 3.03 billion. The distribution of the supply will be as follows:

What’s the Role of CRV?

CRV will play the following roles in the Curve.fi ecosystem:

Getting Started on Curve

To get started with Curve, visit its website here. You need to connect the Ledger hardware wallet in order to continue. To start trading, proceed to the ‘Buy and Sell’ tab and indicate how many tokens you’re trading for the particular token pair. Click Sell.

To deposit funds, go to the ‘Deposit’ page and indicate the amount of that particular stablecoin you wish to deposit. Click Submit.

Get Involved with Curve

Curve is one of the most interesting DeFi products to enter the space. With its groundbreaking approaches like the AMM algorithm to provide liquidity, and it’s successful avoidance of the impermanent loss problem, Curve is a project set for greater heights. To keep abreast of new developments, follow the project on Twitter or join their Telegram group. If you’re one for investigating under the hood, consider checking them out on GitHub.