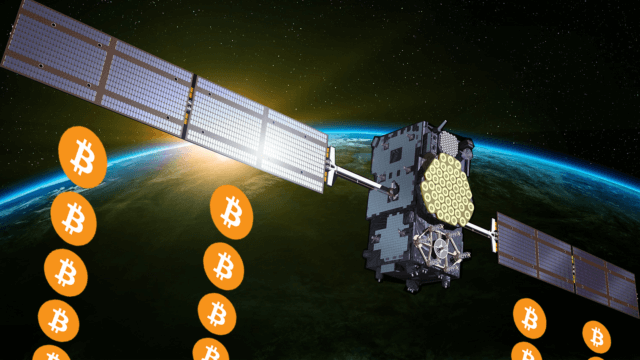 Blockstream is a blockchain technology company that was founded in 2014 and has been a trailblazer in the blockchain and cryptography space.

On the website, Blockstream says that they “build software that accelerates the adoption of Bitcoin and peer-to-peer finance for a fairer financial system that benefits everyone, not just a privileged few.”

The company has been at the forefront in implementing the Lightning Network, which is a scalability solution for the Bitcoin network.

The Blockstream team is made of notable contributors to the blockchain and crypto space. CEO Adam Back is the creator of HashCash, the technology that Satoshi based Bitcoin’s proof of work consensus mechanism on. Gregory Maxwell, one of the company’s leading developers, is very active on the Bitcoin protocol, having proposed inventive ideas for Bitcoin such as Taproot and Graftroot.

In August 2017, Blockstream unleashed what was a first in the Bitcoin and entire crypto and blockchain space. This first was a satellite service through which Bitcoiners can stream the Bitcoin blockchain – for free, from space. The satellite coverage covered four continents; Africa, Europe, South America, and North America. In December 2017, the company announced a new satellite for the Asia-Pacific region, bringing the coverage to five continents.

What Does The Satellite Service Entail?

Bitcoin fans in the covered regions can interact in every way with the Bitcoin network like they could in a conventional way. This means they can conduct transactions, share information, contribute to the protocol, send and receive funds – the whole works.

The importance of the satellite coverage goes beyond Bitcoin, however. It creates opportunities for blockchain-based projects.

Affordable and reliable internet connectivity may seem an obvious part of some countries, but for others, especially in developing regions, it remains an elusive idea.

Without internet connectivity, it’s impossible to access and participate in the Bitcoin network. As such, the satellite connection might be a game-changer for the network’s users who otherwise would not be able to. All you need is a satellite TV dish and any computing device, including a Raspberry Pi.

Blockstream CSO Samson Mow expounded on this while speaking to Cointelegraph: “All a user requires to receive Blockstream satellite broadcasts is a low-cost standard satellite dish. So, if they are running a full node and mainly receiving payments they don’t need an internet connection at all. To broadcast a transaction they could send it over and SMS Bridge or a mesh network. Blockstream satellite allows for users to get creative and build new solutions around the service.”

Another important aspect of the Blockstream Satellite is its ability to potentially safeguard the Bitcoin network in the event of a wide-ranging network blackout. A scenario like this would threaten the integrity of the Bitcoin network. A satellite broadcasting the Bitcoin network could become the route node for a region affected by an event like this. Also, it would come in especially handy for customers and merchants relying on Bitcoin to conduct transactions.

One of the biggest reasons Bitcoin is such a hit is its decentralized and autonomous nature. On the currency’s network, individuals can transact with each other in a peer-to-peer manner, without any sort of supervision or intervention by a higher authority.

Still, the network can only function if multiple nodes are present to verify the authority of transactions before they’re added on the blockchain. This, in turn, is only possible with internet connectivity. For most network participants, that means an extra expenditure for internet services.

The satellite removes the need for relying on the internet, hence radically making it affordable for everyone. This also strengthens the Bitcoin network by enhancing the diversity of its users.

The satellite coverage also facilitates an application programming interface (API) through which users can send confidential messages of market data, multi-sig info, and similar messages via the service while employing the Lightning Network to process microtransactions. This expands the realm of the global network of Bitcoin users.

As we’ve mentioned before, a Bitcoin network participant needs an internet connection in order to synchronize with the Bitcoin blockchain. But not everyone can afford internet services. And even in some areas where internet connection is readily available, Bitcoin is banned, and attempts to access it can result in prosecution.

Blockstream’s satellite could solve this by empowering anyone everywhere with access to the Bitcoin blockchain, as long as they have a mesh antenna (the antenna used on television). It puts more power into the hands of the individual Bitcoin user.

Grubles, an engineer for Blockstream, illustrated this further in an interview with Bitcoin Magazine: “Being able to access the Bitcoin blockchain is important if you want to use Bitcoin to its fullest extent: being able to verify blocks and transactions instead of trusting others to do it for you. Many people are unable to access the internet in general, so now they can use the free satellite service to sync a fully validating Bitcoin node using cheap, widely available satellite TV hardware.”

There’s also the matter of political censorship. Some jurisdictions are plain hostile to Bitcoin and other cryptocurrencies, while others won’t clamp down on it yet, but have a cold attitude towards it. Obviously, for a citizen of such a country to attempt to interact with the Bitcoin network, it could attract legal trouble. This necessitates plausible deniability so that such users are not targeted.

Blockstream Satellite comes to the rescue, again. When Bitcoin users use them as a receive-only communication tool, whereby they receive a signal from the satellite, without any action on their part, their interaction with the Bitcoin blockchain is kept under the radar.

“If there are no broadcasts to the satellites, then it’s nearly impossible to determine if someone is using their satellite dish to watch HBO or to download Bitcoin blocks, transactions, and Satellite API data,” said Grubles.

Thanks to Blockstream Satellite, Bitcoin enthusiasts and users all over the world will no longer require the internet to access it. Internet expenses will no longer be a barrier to access to Bitcoin.

Blockstream’s satellite is a game-changer.

Despite Bitcoin being a decentralized currency, challenges such as high costs of internet and political censorship are some of the barriers that have prevented Bitcoin enthusiasts from partaking in the network. With the satellite service, this is one hurdle out of the way. It’s also one step ahead to truly democratize finance, as was Satoshi’s vision.