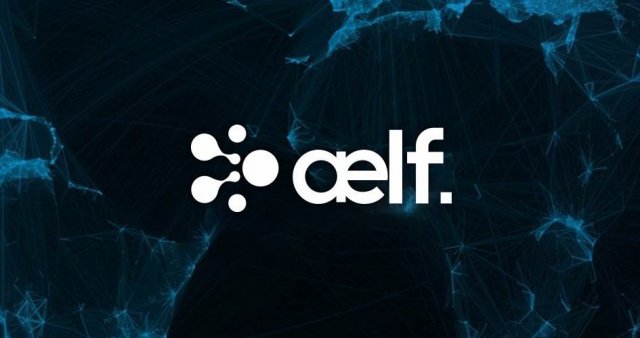 Blockchain technology has been around for more than ten years now. It has powered thousands of cryptocurrencies, which have grown into a force to be reckoned with. Today, industries are scrambling for a share of this revolutionary network premised on a belief that blockchain can effect faster, trustless, and fraud-free processes.

Take the example of Ethereum and Bitcoin that handle an average of 15 and 7 transactions per second, respectively. Such a scale doesn’t even begin to scratch the surface of the scalability/speed needed for the business world. The other two significant problems with the tech are the possibility for interference while executing smart contracts and the lack of clear protocols for onboarding new technology/updates (due the highly contentious Bitcoin and Bitcoin Cash’s hard forks).

So where do we go from here? Blockchain is a revolutionary tech that could fundamentally change how we do a lot of things. For industries, it could help optimize processes at an unprecedented level. There needs to be a way to bridge the gap between the tech and the enterprise space.

Aelf is a project that proposes to help accomplish this. This guide is an exploration of that promise, plus an in-depth look into how it works and everything in between. But first, we look at what Aelf entails.

Initially launched as a testnet in August 2018, Aelf is a blockchain-based, customizable platform operating system (OS) intended to serve as the central hub for blockchains. The Aelf team designed the platform to act as the “Linux system” of blockchains. Since the introduction of Bitcoin, blockchain technology has evolved in profound ways.

Bitcoin made the concept of a decentralized and peer-to-peer currency mainstream and disrupted the finance industry forever. Then came Ethereum, which expanded on that idea with the introduction of ‘smart contracts’ and ‘decentralized applications (DApps), unleashing the potential of blockchain beyond internet money. Dozens of industries are now experimenting with blockchain and looking to optimize their processes.

But there remains a chasm between blockchain and the business world that is not easy to bridge. The Aelf team believes that the next face of blockchain should be an integration of these two worlds. For that to happen, however, there has to be an operating system designed for blockchains that will allow them to meet commercial needs. And for that to happen, blockchain needs to deal with three main challenges:

Aelf proposes to solve these problems.

Aelf is the brainchild of Ma Haobo, who is also the founder/CEO of blockchain as a service company Hoopox, and the CTO of GemPay and AllCoin. Founder and CEO of TechCrunch with Michael Arrington and FGB Capital Zhou Shouji, serving as advisors.

It’s worth noting the venture capital support that the project received. Companies like Draper Dragon, Bitmain, Huobi Global, DHVC, Blockchain Ventures, Chain Funder, FGB Capital, and other notable investment firms participated in the ICO. Indeed, the project proved so popular that they had to turn down interested investors after hitting their 55, 000 goal just two weeks after the sale began. This testifies to the potential of Aelf.

How Does Aelf Work?

The platform utilizes sidechain technology to segregate resources among various smart contracts, and a Delegated proof-of-stake consensus algorithm to achieve a more dynamic system of governance.

Aelf features one main chain and a multitude of side chains to handle various commercial tasks. The main chain is responsible for distributing different tasks to the multilayer side chains, improving efficiency. Sidechains communicate with the main chain via a ‘sidechain index system.’ The index system categorizes the chains as follows:

The side chains can branch off further into subchains. Dividing the ecosystem into side chains ensures that downtime or failure in one part does not affect the entire network.

The Aelf token (ELF) incentivizes honest behavior within the ecosystem. All side chains accept ELF as a store of value and as a means of transferring value. Hence, the token can be transferred across any chain that recognizes it is as such. When a side chain receives transaction fees, it has to give a fraction of this revenue to the miners on the main chain.

If the main chain finds that indexing a side chain is not economically favorable, it (main chain) is entitled to terminate the indexing or allow two side chains to offer the same services to compete. Sidechains can also charge fees to their sub-chains.

What is the Aelf Consensus Protocol?

The running and maintenance of Aelf are more complicated than that of Bitcoin and Ethereum blockchains because Aelf’s involves recording information from various side chains on the main chain. Plus, miners must update information from all the parallel side chains. As such, proof-of-work and basic proof-of-stake consensus algorithms will not suffice.

Instead, Aelf employs delegated proof-of-stake (DPoS) to run the network more efficiently and ensure the predictability of block formation, which enhances user experience.

The process is as follows:- holders of the ELF token vote on who will become the mining nodes. Then the elected nodes decide how to distribute mining rewards among the rest of the nodes, plus stakeholders. This equation determines the number of miners:

Miners = 2N+ 1, with N starting at eight and increasing by one every year. Just like in other blockchains, mining nodes are responsible for relaying and verifying transactions, packaging blocks, and transferring information.

How are ELF Tokens Distributed?

Aelf held its pre-sale in December 2017. The distribution of the 1 billion tokens was as follows.

What is ELF’s Market Standing?

Where to buy ELF

ELF is traded on several major exchanges, including Huobi, Binance, Coinswitch, Cointree, KuCoin, YoBitNet, and IDEX. Most of the platforms require you to exchange such cryptos as BTC, ETH, or USDT for ELF. This means you will have first to purchase any of the proxy coins with Fiat.

Aelf also has a reward system known as Candy. Through this system, you get to earn points that you can convert for ELF by carrying out simple tasks such as interacting with Aelf tweets, inviting more users into the Aelf Telegram channel, among other promotional activities. However, a quick check online reveals the Candy program does not seem to be active currently.

Aelf supports a web wallet but recently introduced beta versions of both Android and iOS wallet apps. However, you can use a third-party compatible wallet such as Ledger, KeepKey, Exodus, Coinomi, Trezor, and MyEtherWallet.

Aelf is a relatively young project, but still holds a ton of potential. The enthusiasm displayed by big-time venture financiers is a testament to how big it could become, and its implications for the blockchain and business spaces. Its strategy to separate resources through side chains and a unique governance model should help propel it to significant heights, both as a blockchain project and as a business model.