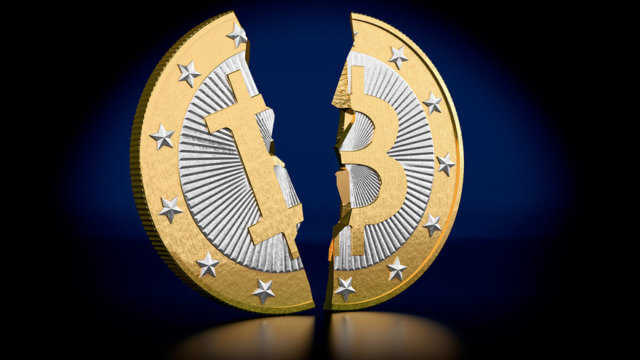 Blockchain, the technology that underlies cryptocurrencies, constitutes distributed ledgers shared across nodes (computers) participating in the network. These ledgers record data in a sequential fashion after cryptographically securing it. Once data is recorded on the blockchain, it can’t be deleted. This, among many other features of blockchain, like transparency and being deregulated, has given blockchain tech a revolutionary reputation.

But some of these features have also proven to be the Achilles heel for blockchain. This article dives into some of the weaknesses of blockchain as it stands today.

Consensus algorithms that help protect blockchains, like the bitcoin blockchain, have proven resilient over the years.

However, there’s the 51% attack threat that’s always hanging over these blockchains like the sword of Damocles. A 51% attack would occur if an entity managed to gain control over 50%+ of the network. This would disrupt the network by allowing such things as double-spending, excluding valid transactions, or altering the correct order of transactions.

ii) Data Modification, Or Lack of It

Blockchain technology operates on the basis of the individual holding power over the asset they are verifying on the blockchain – whether it’s a title deed, a cryptocurrency, etc. Naturally, transactions go sour sometimes. In a scenario where this happens, the only way to overturn the transaction is if both parties agree, which might prove a tall order. This is unlike a centralized system where an arbiter mediates between two conflicting sides.

Before any transaction is verified on the blockchain, all nodes must come to a consensus about the validity of the transaction. This is way slower than say, a bank verifying your transaction at the counter. And in the time between when a transaction is lodged and when it’s verified, a malicious actor can enter and execute malicious transactions.

v) Miners Can Be Selfish

On blockchains such as Bitcoin’s, mining is a process that incentivizes network participants to commit computer processing power and then gets rewards in the form of coins or a fraction of transaction keys. However, this has a downside. Miners may not be very concerned about settling the optimal number of transactions. All they care about might be finding the next block as quickly as possible in order to verify it and get rewarded.

There’s also the case of Selfish Mining, a.k.a block withholding attack, in which a miner finds and validates a block but does not broadcast it to the rest of the network. This results in the miner having more ‘proof-of-work’ than other miners in the pool and increasing their odds of unfairly getting more block rewards.

Blockchain uses what are known as private keys to give crypto owners full control over their funds and data. Users need their private keys to access their funds and conduct transactions. This means if you own cryptocurrency, the security of funds is solely on you. In other words, you’re your own bank.  Once a user loses their private key (either by forgetting the seed phrase or misplacing their hardware wallet), their crypto holdings are effectively lost, and there is no recourse.

Blockchains that, for instance, use proof-of-work consensus mechanisms, are incredibly inefficient. This is because they store the entire history of transactions that ever occurred on the blockchain. This takes up massive storage capacities across devices. To make a transaction, the entire downloading and verification process needs to be completed. This could take several days – spelling crippling inefficiency about the network.

To demonstrate the scalability issue of blockchain, let’s look at the most widely applied blockchain – the Bitcoin blockchain. It takes around 10 minutes for a transaction to be verified, translating into an average of 7 transactions per second. Compare this with Visa, which processes an average of 2,000 transactions per second. What this means is blockchains are still a long way off from achieving the level of scalability that they would need to be able to serve millions of customers around the world.

The idea here is not to discredit blockchain but point out how the technology could improve. Blockchain is not referred to as revolutionary for no reason. Developers are coming up with new solutions for blockchain’s weak spots every other day. Some of these are the Lightning Network, a technology that promises to improve Bitcoin’s scalability by offloading some transaction data off the blockchain so as to facilitate faster transactions. Industries of all types are also exploring technology so as to achieve more efficiency in processes. Despite its weaknesses, blockchain remains a technology to reckon with.