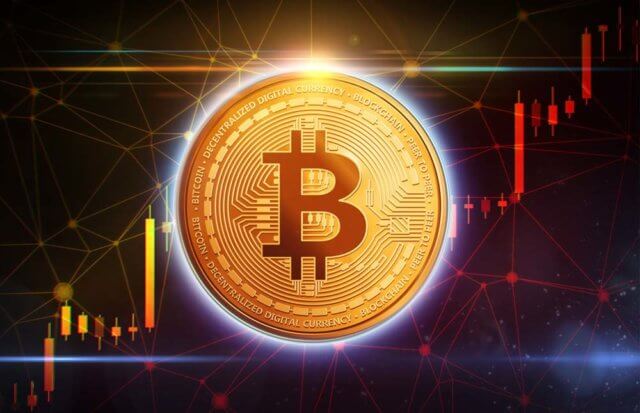 Bitcoin is the most dominant cryptocurrency out of the thousands that exist today. It is the largest in market cap, and it pretty much influences investor sentiment about the rest of the cryptocurrencies. Bitcoin was created by a mysterious developer with the pseudonym Satoshi Nakamoto.

Bitcoin transactions i.e., buying, transferring, spending of bitcoins, are recorded on a public blockchain. Its transactions are pseudonymous, that is, a user’s personal credentials are not publicly displayed, but their public address/key is. This public address can be used to trace the owner of a transaction if need be.

Unlike conventional currency, Bitcoin is not issued by a central bank or rallied by the state. As such, monetary policies, interest rates, inflation, and so on do not apply to Bitcoin.

Curious Bitcoin investors may thus be gnawed by this question:

What is it that determines the price of Bitcoin?

Several factors determine its valuation, and we’ll look at each below:

Now the supply of Bitcoin is determined by other factors. To begin with, new bitcoins are generated at a fixed rate through a process known as mining. Mining involves verifying and confirming blocks of transactions and adding those transactions on the blockchain. The Bitcoin protocol is designed in a manner that the coins released into circulation will reduce over time. For instance, coins were generated at a rate of 6.9% in 2016, and this reduced to 4.4% in 2017 and to 4.0% in 2018. As fewer coins are released, demand increases. Demand being higher than supply will result in the price going up.

Once we reach 21 million coins, the price of Bitcoin will depend on several factors. For instance, will it be a practical currency, i.e., usable in day-to-day transactions? Will it be legally recognized? Will it be in demand – which will be determined by the demand for cryptocurrencies in general? The controlled generation of bitcoins will no longer have an impact on its price.

Bitcoin may be the most important and recognized cryptocurrency, but there are thousands more vying for the world’s attention. As of March 2020, Bitcoin is still leading the pack in terms of market capitalization – but other cryptocurrencies are giving it a run for its money. Some of them aim to outdo Bitcoin in one functionality or another – either by solving a problem that bitcoin cannot solve, or improving a certain functionality, or being more innovative.

Cryptocurrencies such as Ethereum, EOS, Litecoin, Ripple, Tether, and Binance coin are some of its closest competitors. Besides, there are few barriers to entry into the crypto space, and new cryptocurrencies are constantly making the news. However, Bitcoin still maintains the highest visibility for any cryptocurrency. This gives it a certain clout and an edge over the competition.

Bitcoin is a virtual currency, but its production is not very different from other products that incur a real-life cost. Bitcoin is famous for consuming electricity, the equivalent of entire countries. Generation of new coins – or ‘mining’ involves miners solving complicated math problems – with the first miner to solve the puzzle being rewarded with bitcoins and a fraction of transaction fees.

But Bitcoin, unlike other produced products, has an algorithm that allows only one block to be found every ten minutes. This means that the more miners in the network, the more difficult it is to find the answer to the puzzle. This means more energy is consumed in the process.

It also means the more producers (miners) that join in the competition, the more the problem is difficult – and thus more expensive – to solve. Research has demonstrated that Bitcoin’s price is indeed tied to its cost of production.

The more popular an exchange is, the more traders and investors it draws. This increases market liquidity for currencies listed on the exchange, increasing their demand. Also, since these exchanges operate in jurisdictions where they are regulated, the presence of, let’s say, Bitcoin, implies regulatory compliance, rendering Bitcoin a legitimate currency in the eyes of the public and potential investors. This matters because the legal standing of cryptocurrencies is currently sort of in a gray area.

Also, the finance market is now witnessing the introduction of new financial products – such as exchange-traded funds futures and other derivatives that use Bitcoin as the underlying asset.

This impacts the price of Bitcoin. First, it expands bitcoin’s access to investors who could not afford to buy it. This increases Bitcoin’s demand. Secondly, it can mitigate the volatility of Bitcoin, since institutional Bitcoin derivatives’ investors can use their massive resources and market influence to bet on which direction Bitcoin’s price will move.

Governance Stability (or lack of) and Forking

Bitcoin is a decentralized and autonomous network – meaning it’s not governed by any single entity. As such, it relies on network participants to process transactions and protect the network. Any updates to the Bitcoin protocol are done only after consensus is reached, meaning issues take longer to resolve as opposed to a centralized system where decisions are made by those at the top and implemented as quickly as possible. This is frustrating for the community and might cause many people to invest in other cryptocurrencies.

Bitcoin enthusiasts have been at loggerheads over how to best increase the speed of transactions. This can be achieved via one of two types of software updates – which are called forks. Soft forks constitute rules or updates that do not permanently split the blockchain and result in a new cryptocurrency. Hard forks constitute a permanent split of the blockchain and, with it, the birth of a new cryptocurrency. The Bitcoin blockchain has previously undergone hard forks that resulted in Bitcoin Cash and Bitcoin Gold cryptocurrencies.

Hard forks do not just split the blockchain; they also split the community. The Bitcoin Cash fork was particularly acrimonious. When events like these happen, they splinter a cryptocurrency’s user base, which is also the investor base. This can reduce demand for that cryptocurrency, lowering its price. It can also negatively affect investor sentiment, which has the same effect.

Now that you know how the Bitcoin price comes to be, you’re better placed to know how certain events, either internal or external, to Bitcoin, affects its price. And while no one can accurately predict the exact price of the currency, at least you can foresee potential movements in its price long before it happens. This can help you know better decide if to buy or sell.