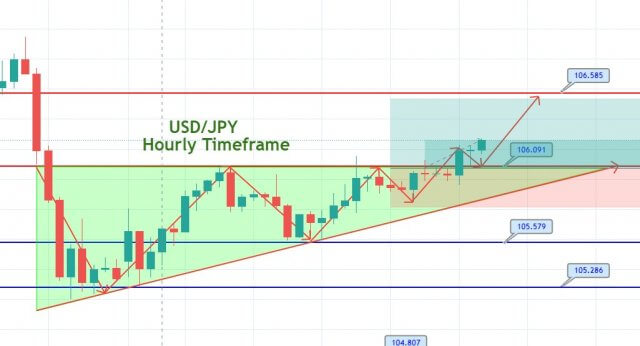 The strong data from Japan supported the safe-haven Japanese Yen and weighed on the USD/JPY pair that kept the currency pair’s gains on Tuesday. Meanwhile, from the U.S. side, the Final Manufacturing PMI in August dropped to 53.1 from the anticipated 53.6 and weighed on the U.S. dollar. Whereas, the highly awaited ISM Manufacturing PMI for August that was released at 19:00 GMT, advanced to 56.0 against the estimated 54.6, and supported the U.S. dollar that helped the USD/JPY pair’s bullish trend on Tuesday.


Furthermore, on Tuesday, the U.S. dollar also gained some traction after the comment from the Fed Governor Lael Brainard, who said that to overcome the impact of coronavirus from the economy, the central bank would have to roll out new efforts. She also said that the Fed should adopt an aggressive approach to live up to its promise of stronger job growth and higher inflation. She also stressed the important role massive asset purchases would play in achieving the new policy shift’s targeted goals.

The USD/JPY prices may continue to trade higher until the 106.550 level. The pair has violated the ascending triangle pattern at 106, and above this, the USD/JPY may trade bullish. The MACD and RSI are both suggesting a buying trend. Let’s consider taking buying trade today.