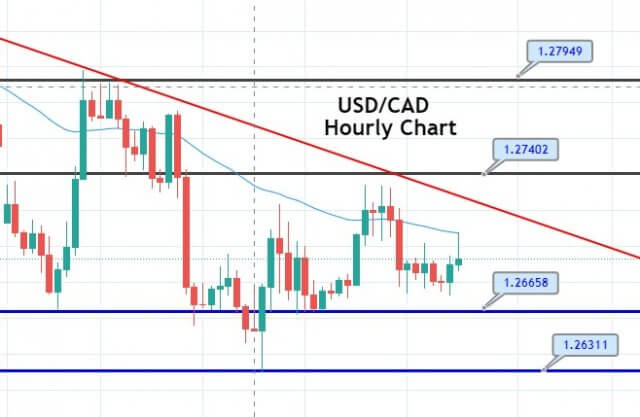 The US Dollar Index that measures the value of the greenback against the basket of six major currencies recovered from the 2-years lowest level and came back to 89.85 level on Thursday after rising for 0.35% and gave strength to the US dollar against its Canadian counterpart that eventually lifted USD/CAD pair on board. Wall Street’s main indexes were also high on Thursday, with Dow Jones gaining about 1.7% and NASDAQ gaining about 2.25% on Thursday.

The US treasury yield on a 10-year note was also raised on Thursday above 1% for the first time since March, which also gave strength to the US dollar and raised the USD/CAD pair. Whereas the Canadian dollar was weak onboard on the day despite trading softer against its US counterpart, the Loonie was also underperforming against most of its G10 peers.

Markets continued pricing the prospects of much more spending from the US government over the coming months and years under the Democratic leader Joe Biden. This increased the expectations of higher US economic growth and higher inflation, hence why US stocks, nominal US bond yields, and US inflation break-evens were higher on Thursday.

On the data front, at 18:30 GMT, the Trade Balance from Canada for November showed a deficit of -3.3B against the expected -3.6B and supported the Canadian dollar that capped further upside in the USD/CAD pair. At 20:00 GMT, the Ivey PMI from Canada for December declined to 46.7 against the expected 53.1 and weighed on the Canadian dollar, which ultimately added strength to the USD/CAD pair’s bullish momentum.

On the other hand, the WTI crude oil prices surpassed the $51 per barrel on Thursday and gave strength to commodity-linked currency Loonie that lost most of the gains from the USD/CAD pair on Thursday in late trading hours.

The commodity currency pair USD/CAD is trading with a neutral bias at the 1.2692 level, facing immediate resistance at the 1.2742 level. The USD/CAD pair may find resistance at the 1.2742 level on the hourly timeframe, and closing of a candle below this level may trigger selling until the 1.2640 level. The MACD and RSI are suggesting buying trends, along with 50 periods EMA. I will be looking to take a sell trade around the 1.2745 level today. Good luck!