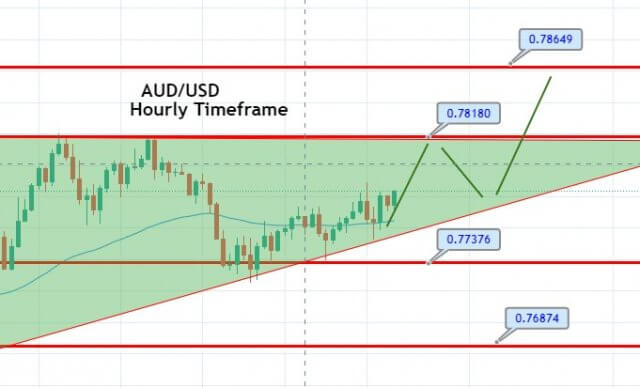 The AUD/USD pair was closed at 0.77661 after placing a high of 0.78171 and a low of 0.77661. After rising for two consecutive days, the AUD/USD pair dropped on Thursday amid the US dollar’s strength and rising safe-haven demand in the market.

The US Dollar Index (DXY) recovered from its 2-years lowest level and reached 89.85 and supported the greenback as the US treasury yield on a 10-year note also raised from 1% for the first time since March and supported the rising demand for the US dollar. The strength of the US dollar then added weight to AUD/USD pair on Thursday.

Meanwhile, the safe-haven demand rose after Donald Trump’s supporters stormed the US capitol in an attack. This was done after the US Congress certified Joe Biden’s victory in the presidential election. This attack resulted in four casualties and raised the safe-haven appeal that ultimately weighed on the risk perceived Australian dollar that added losses in AUD/USD pair.

Furthermore, the FOMC member and President of the Federal Reserve of Atlanta Raphael Bostic said that the US Federal Reserve might reduce its asset purchase program sooner than expected. These hawkish comments gave strength to the US dollar that added more AUD/USD pair losses on Thursday.

The AUD/USD pair trades with a bullish bias at the 0.7782 level, having formed an ascending triangle pattern on the hourly timeframe. On the higher side, the pair is likely to face resistance at a 0.7818 level, along with a support level of 0.7737. The AUD/USD pair may continue trading bullish as 50 periods EMA is extending support to Aussie around 0.7764 level. Good luck!