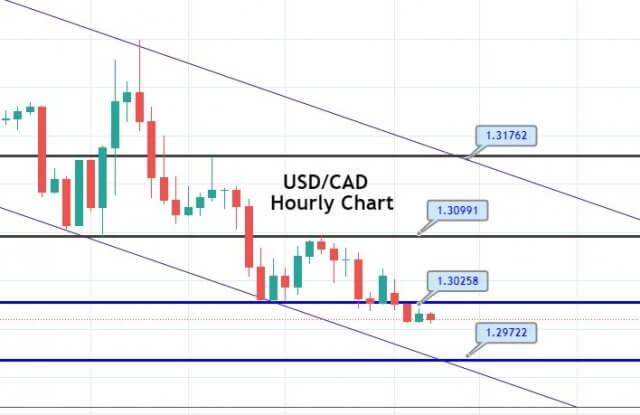 The WTI Crude Oil prices declined to $37.06 per barrel on Friday amid the rising number of lockdown restrictions from the European nations and other countries. The resurgence of the second wave of coronavirus forced governments to re-impose restrictions, raising concerns for oil prices.

As the previous lockdowns decreased the crude oil prices to its lowest level in history, the same fears emerged in the market after the second wave of virus escalated. These lingering fears kept the crude oil prices under pressure and weighed on commodity-linked Loonie that ultimately pushed the USD/CAD pair on the higher side.

Meanwhile, the US dollar was weak across the board due to the chances of Joe Biden’s victory in US elections on Friday as he was expected to deliver a larger stimulus package. However, the US dollar weakness only affected the pair in an early trading hour at the ending day of the week and failed to impact the USD/CAD pair’s prices in a late trading hour due to declining crude oil prices.

The USD/CAD pair is trading with a selling bias below the 1.3007 area, having violated the support area of the 1.3025 level. On the lower side, the bearish breakout of the 1.3025 level can extend selling bias until the 1.29720 level. Continuation of a selling bias can help us capture a quick sell trade until the 1.2972 area. So far, the MACD and EMA are neutral as the market lacks volatility. But we can expect some price action during the European session. Let’s brace for it. Good luck!