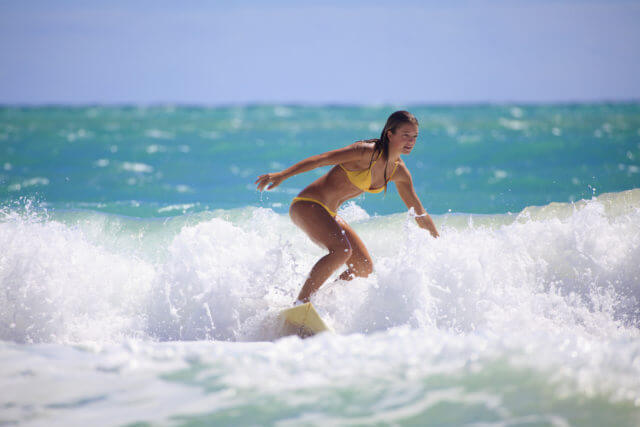 Wave five is the last movement in the direction of the trend. In this educational article, we will review two ways to trade the fifth wave.

The first choice to trade the fifth wave is looking to join the primary trend. The following chart shows the trading setup.

There are two ways to place the order. The first option is following the retracement of a wave 4, which could extend from the Fibonacci levels 23.6% to 50%. The second option is to wait for the breakout and close above wave B of wave four.

For the invalidation level placement, we have to remember the Elliott Wave rule “wave four never end in the territory of wave one.”

In some cases, if wave three is the extended wave, there is the possibility that wave five has the same extension that wave one.

The second alternative to trade the fifth wave is when the price action builds an Ending diagonal pattern. In this case, we have two options to enter the market. The first one is to place the order after the breakdown of the lower trendline. The second one is after the close under the swing of wave 4.

The invalidation level is above the wave 5, and the profit target is at the end of wave 2.

The fifth wave in the real market

The next chart corresponds to PayPal Holdings (NYSE:PYPL) in its 8-hour timeframe. PYPL developed a rally from the Christmas 2018 low at $76.70 per share.

From the bullish cycle, we observe the wave three and the retracement developed by wave 4. PYPL retraced until the Fibonacci level 38.2%. In this sense, we can look for long positions from 23.6% until 50% of the Fibonacci retracement.

The price action drove to PYPL until 61.8% of the Fibonacci projection at $121.48 on July 16, 2019. As can be noted, PayPal Holdings started to decline once it reached the highest level of the year.

The invalidation level could be placed on two different levels. The first one is at the end of wave one at $94.59. The second alternative is at the 61.8% of the Fibonacci retracement at $97.34 per share.

The next weekly chart corresponds to the e-mini NASDAQ futures (CME:NQ). In this example, we observe an ending diagonal structure.

The sell position could be placed in two different ways, after the lower trendline, or once the price closes below the end of wave 4. Finally, NQ dropped until the bearish target at the end of wave 2 at 1,457.75 pts.