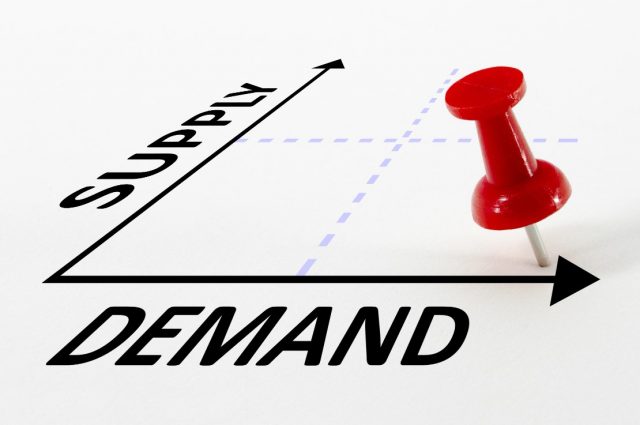 To become an expert in the field, any tennis player will have to learn how to yield the racket, move across the court, apply different strategies, and prepare mentally for both wins and losses. They will also need to distinguish between different surfaces and how these affect the style of the game, which is all true for forex traders as well.

The spot forex essentially revolves around currencies, so to answer the question in the title, we first need to acknowledge that it is money that moves this market primarily. Then, after coming up with the definition and its span, we can see the connection between the money we know today and the concept of supply and demand. 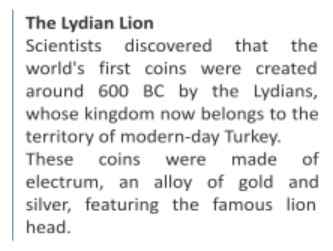 The story of trade started many years before we even had the currencies of today. People would exchange goods for other things they needed. So, they would weigh whether the value of their eggs and flour would equal the materials they needed to sew their clothes for example. The currency of the time was anything people made or obtained from nature.

While the barter system persisted, especially in times of war and crisis, people turned to using commodity money or the money made of copper and silver. When money came into existence, it was still used as a proxy, mimicking this correlation in value between different products and commodities. The laws of monetary exchange date back to the era before Christ, but the early connection between money and hard assets still reverberates to this day.

In the 1800s, countries across the globe adopted the gold standard which meant that every country would have the money in equal proportion to the quantities of hard assets. For example, before the new dollar emerged, the US government used to print gold, silver, and bronze dollars.

Depending on the power of individual economies, countries had more or fewer commodity reserves and thus money too. However, as most countries left the gold standard in the 20th century, their official currencies were no longer backed by equal amounts of gold and so they lost their intrinsic value. As a result of these changes, the terms supply and demand hold little relevance to the concept of forex trading. Even though we can easily speak of supply and demand in terms of finance and economics, we cannot attach the same meaning to the currency trading market.

We usually describe supply as an available amount of a commodity, product, or service, while demand is defined as the consumers’ desire and readiness to purchase a certain product or service at a particular price.

In the world of currency trading, whenever a currency pair reaches a certain peak, sellers often find that selling at higher prices could bring more opportunities. Likewise, buyers typically favor purchasing at a lower price each time a given currency pair drops to a lower level. These zones where the prices reach their extreme levels bear a great number of unfilled orders and are, therefore, considered the most fruitful to trade.

While individuals cannot generate such friction in the market, big companies and institutions have that kind of buying power to create an imbalance between buying and selling orders. Since this affects the entire market, individual traders can witness quick changes in prices, which leave behind many unfilled orders on the supply or the demand level. At this point, the major players normally wait for their orders to get filled after the price returns to the zone. 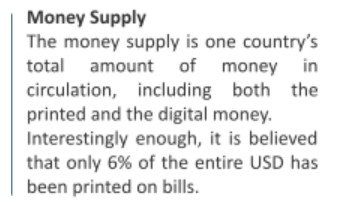 Nowadays, there is much room for governments and banks to manipulate the circulation of currencies, increasing the overall money supply. Therefore, to trade in this market and have any hope of being successful, we need to invest in financial literacy. As forex traders, we need to know what we are dealing with.

With an increase in money in an economy, consumers demand more goods and this often results in higher prices. However, any changes in sales and prices also affect the forex market. For example, in 2019, the stock market enjoyed a long period of prosperity and unprecedented growth levels which triggered historic lows in the spot forex. These fluctuations of money between the two markets influence the volume in the currency market as well.

In the forex market, we can also trade crosses that involve different commodities such as silver. However, much of the silver that undergoes production is entirely used up afterward. This limited quantity directly affects supply and demand, like in the stock market.

Even though the price of currencies does not revolve around traders’ willingness to purchase something at a specific price nor its quantity, silver or gold are inherently different from currencies. That is why trading such crosses requires different strategies from what we would normally use in trading currencies.

As supply and demand are not the best terms we could use to define the spot forex market, we can discuss other topics that are more relevant for currencies, such as reserve currencies, general interest in trading specific currency pairs, and the concentration of the majority of traders in one part of the chart at a specific point in time. 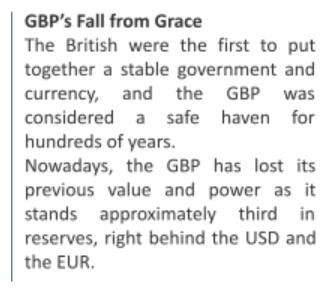 Historically, there have been a few currencies that are considered to be a safe haven. In periods of crisis, governments consider currencies such as the CHF to be the safest options to hold due to the stability of their countries’ central banks and governments.

Also, the USD is typically one of the most traded currencies in the world, which is why it often attracts the attention of big banks that see the potential from controlling the market with so many participants.

As we can see, many different factors can influence the forex market, but these do not involve individuals’ demand for specific currencies or the money supply in some markets per se. Rather, it is big banking institutions that cause the prices to fluctuate, along with news events or other geopolitical facts. 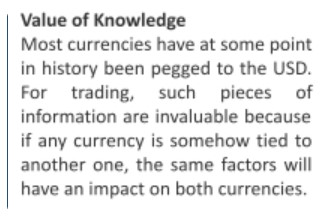 As currency traders, we all need to develop systems that allow trading to function regardless of what is happening in the world or the market. Forex is recession-proof, which means that your trading strategies and algorithms extract profits from both, bull and bear markets.

To ensure security against the involvement of big banking institutions, traders should apply money management and risk management skills and avoid currencies more susceptible to outside interferences.

Elections, wars, and economic reports, among others, are certainly good reasons to avoid specific currencies where the market is increasingly prone to “trick” you. We should not aim to beat these influences but rather learn how to avoid them, it is not something we can control. Supply and demand levels in forex are not bound to limits or logic.