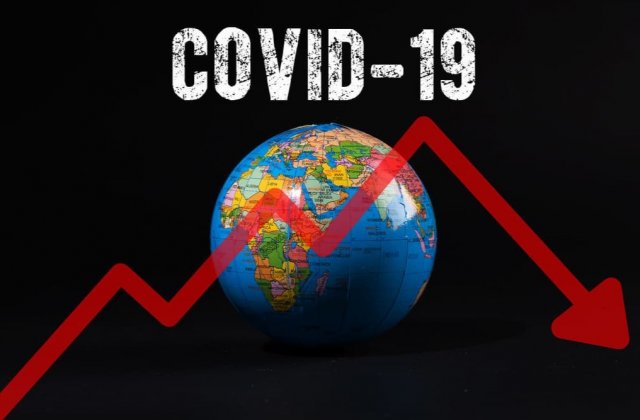 COVID-19 has without a doubt taken a toll on markets around the world. The United States and Europe, in particular, are battling to be among the first to recover some sense of normality. Which will prevail? Here’s what we have to say on the matter.

The US market is recovering faster than the European market. In particular, if we compare with the absolute high of mid-February, we see that the US market, measured through the SP500 index, is -16.79% below that high. On the other hand, the European market, measured through the DAX30 and Euro STOXX 50 indices, to take two examples, remains -22.02% and -24.24% below the maximum, respectively.

This divergence in the response of the US index to European indices is, in principle, unexpected. Without entering into data that the reader should already know in detail, it is known that in the European countries most affected by COVID-19, including Italy, Spain, Germany, and France, the curves of cases and deaths per day have already shown, at the time of writing this article, a clear setback.

The response of the US index to European indices is, in principle, unexpected.

While countries such as Italy and Spain are accused of having delayed and failed in their response to the virus, the truth is that the curves of new infections have stopped growing, entering a phase of recession, product of the strong measures of social isolation promoted in these countries.

This is not the case in the USA, where many analysts believe that the government’s response was even worse, and where both the new cases and the number of daily deaths, have taken much longer to give in, and continue still, albeit more slowly, to rise.

This temporary divergence in impact and response to COVID-19 would lead to the conclusion that the same should have happened with the impact on equity markets, that is, Europe should have anticipated its recovery to the United States. However, the opposite occurred, as can be seen in the chart below (in green the S&P 500 index).

“This temporal divergence in the impact and response to COVID-19 would lead to thinking that the same should have happened with the impact on equity markets… However, the opposite happened.”

Of course, the explanation for this is far from unique, and it would be a mistake to pretend to give an explanation by ignoring the interconnection that exists between the world’s financial markets today, which does not make it possible to study one case in isolation from others.

Everything must start from seeing the differences with which the ECB and the Fed faced the crisis for COVID-19. In the case of the ECB, the benchmark interest rate was set at 0.25% since 2016, its historic low. In particular, after the crisis of 2007-09, the ECB had to continue to cut its reference rate several more times in subsequent years, among other cases, to assist countries such as Spain, Portugal, and Greece, as well as countless other problems it had to face.

Let us remember that German bond yields, as well as those of many other Eurozone countries, have been negative for years. This meant that, by February 2020, in the face of the COVID-19 surge, the ECB had very limited room for maneuvering in its monetary policy.

Different was the case in the United States, where although the financial crisis of 2007-09 forced the Fed to cut its rate to historic lows, from 2016 to 2019 the rate could be increased successively. This fact, let us also recall, had inspired innumerable criticisms from Donald Trump towards Jerome Powell and the Fed, indicating that the Fed had made bad decisions by not cutting its rate, as while other countries in the world could place their debt (sell their bonds) at negative rates, a positive rate was still payable in the United States.

This difference between the starting position of both central banks ended up being decisive in our opinion, as it allowed the Fed to take drastic measures in the face of the COVID-19 crisis and the ECB could not do so.

“Different was the case in the United States, where although the financial crisis of 2007-09 forced the Fed to cut its rate to historic lows, from 2016 to 2019 the rate could be increased successively.”

As we know, very early on in March, the Fed was able to cut its benchmark rate by 50 basis points in the face of the sharp decline in equity markets. This move, while failing to contain the falls, was a sign that the Fed was ready to act.

-On March 15, again as an exceptional measure outside the FOMC meeting schedule, the Fed cut its rate again, this time directly to zero.

-On March 23, in addition to the previous measures, the Fed committed to an asset purchase plan to expand its balance sheet (quantitative easing) by a total amount, in principle, unlimited funds, an unprecedented measure.

Closer in time, on Apr 9, the Fed announced a new plan to inject up to $2.3 billion into the economy, including the purchase of state or municipal bonds. As is clear, the Fed’s monetary policy response was swift and drastic and adds to the fiscal policy that was also conducted in the United States with the same characteristics.

The Fed’s monetary policy response was swift and drastic and adds to fiscal policy. The ECB’s starting position was very different, with its interest rate almost at zero, it had no room for further cuts. All the ECB’s actions with regard to the crisis caused by the COVID-19 were limited to a single intervention, on 18 March, with the announcement of an asset purchase plan (quantitative easing) for 750 billion euros, substantially lower (one third) the one announced by the United States. The lack of further action by the ECB has been strongly questioned by analysts.

“The ECB’s starting position was very different, with its interest rate almost at zero, it had no room for further cuts.”

As we know, the intervention is 18-Mar, which practically coincides with the minimum of the stock markets. In other words, we see that the ECB had far fewer tools at its disposal than the Fed, but it used them with better judgment, at least in the decision of the moment.

In conclusion, US equity markets have suffered smaller declines than Europeans and have recovered faster, although behind this is greater Fed intervention (at a higher cost of resources for that central bank).

The ECB was more modest, with only one intervention, but more precise at the time of making it, which implies a much lower cost of resources for that central bank. What seems very clear is that investors believe that the US economy has a greater capacity and potential to face this extreme event compared to Europe, which, while hit by the pandemic at first, The next few weeks will be dramatic for America.

The United States starts from a better baseline, good employment indicators, and modest but acceptable growth, and has the institutional capacity to react more quickly to problems. On the other hand, the Eurozone is based on a vulnerable situation, a stagnant economy and high levels of unemployment for the level of development, The same institutional complexity that has not allowed it to re-emerge from this macroeconomic situation is what leads to a lack of responsiveness.

“The United States starts from a better baseline, good employment indicators, and modest but acceptable growth, and has the institutional capacity to react more quickly to problems.”

Only the ECB was able to carry out measures, because of its independence, but with little room for maneuvering. On the other hand, the main European leaders have not coordinated powerful measures to get out of this extreme situation. For all these reasons, once again the North American stock market is better positioned to recover in relation to its European counterpart and this has been reflected by the market, unless once and for all the Eurozone wakes up.