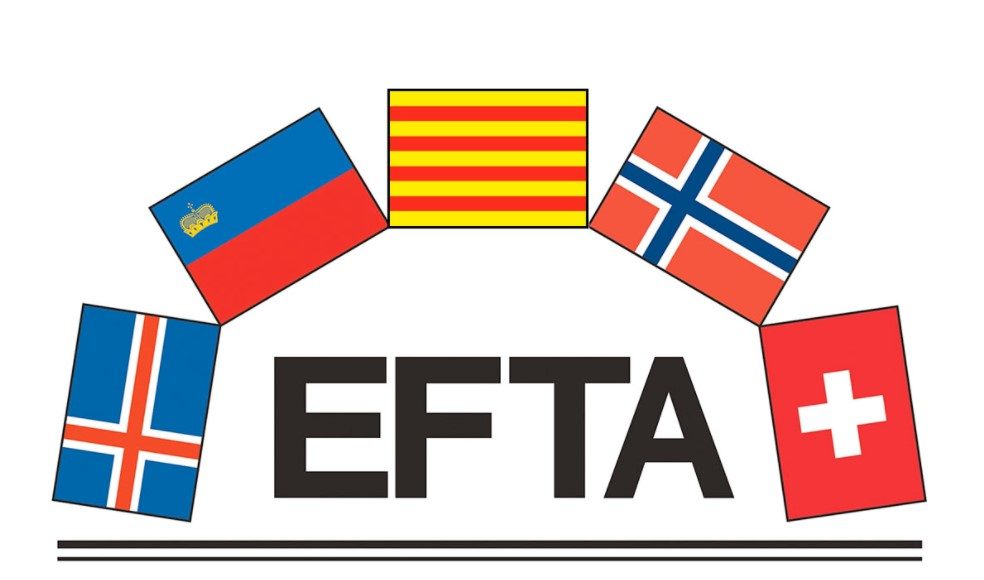 Did you know that all four EFTA member states enjoy some of the highest price levels of all European countries, supported by high productivity of the workforce, corresponding high salaries, exchange rates, and inflation? In fact, the overall price level in Iceland was 72% higher than the EU 2017 average, while the equivalent figures for Switzerland and Norway were 66 and 52% respectively.

It is an important body that is comprised of highly developed countries with impressive trade figures that operate closely with the European Union, the European Commission, and the European Economic Community. EFTA is the ninth largest merchandise trader and the fifth in services trading in the world. In addition, EFTA is also the third most important trading partner in goods for the EU and the second most important when it comes to services.

The European Free Trade Association (EFTA) is an intergovernmental organization of Iceland, Liechtenstein, Norway, and Switzerland that acts as a free trading bloc. As of its establishment in 1960, EFTA’s task has been to promote free trade and economic integration between its member states, within Europe, and globally.

EFTA is governed by the EFTA Secretariat, which has offices in Geneva (Switzerland) and Brussels (Belgium). The Secretariat is led by the Secretary-General and three Deputy Secretaries-General, who are appointed by the EFTA Council and shared between the organization’s member states.

The Secretariat is organized in a way that matches EFTA’s activities. The organization’s headquarters in Geneva deals with the management and negotiation of free trade agreements (FTAs) with non-EU countries as well as provides support to the EFTA Council.

These two stations work closely together to implement the EFTA Convention’s stipulations on the intra-EFTA Free Trade Area. EFTA’s activities are regulated by the ETFA Surveillance Authority (equivalent to the EU Commission) and the EFTA Court (equivalent to the European Court of Justice). The EFTA States have developed one of the largest networks of FTAs, which today spans over 60 countries and territories, including the EU.

As of December 2017, the EFTA states have signed 27 FTAs with 38 partners from Eastern and South-Eastern Europe, the Middle East, North and Southern Africa, Asia, and the Americas. These agreements grant preferential access to markets of around 870 million consumers outside the EU.

The European Economic Area (EEA) is an international trading and economic organization that, like EFTA, works closely with the EU. The EEA binds three of the EFTA nations (Norway, Lichtenstein, and Iceland) and the EU member states in a single market. Both EFTA and the EEA allow free trade and cooperation between member states, unencumbered by most of the political obligations and financial implications of EU membership.

Switzerland is nowadays a world leader in pharmaceuticals, biotechnology, machinery, banking, and insurance. Founded in 1291, Switzerland is located in Western Europe but is still separate from the EU. The country is known for its economic independence and neutrality during wartime. It is a large exporter whose 2019 GDP amounted to approximately 703.08 billion USD. Interestingly enough, the country’s GDB was barely affected by the 2008 global economic crisis. The Swiss franc (CHF), the official currency in Switzerland (and Liechtenstein), ranks fifth among all major currencies, which is directly proportionate to the quantity of money flowing into the country. The CHF is currently believed to be the most tightly linked to the price of gold among all other currencies. Unlike other central banks in the world, the Swiss National Bank (SNB) is a public limited company and a for-profit type of institution like JP Morgan. It appears that overall economic numbers do not impact the CHF substantially unlike some other currencies, as it barely ever reacts to the news. Some of the most liquid pairs are the USD/CHF and EUR/CHF.

Liechtenstein is a German-speaking principality between Austria and Switzerland founded in 1719. Like Switzerland, the country is a highly industrialized and specialized free-enterprise economy with a vital financial services sector and one of the highest per capita income levels in the world, despite its small size and lack of natural resources. The country participates in a customs union with Switzerland and uses the CHF as its national currency. Interestingly enough, Liechtenstein imports more than 90% of its energy requirements. Liechtenstein has been a member of the EEA since May 1995. With a strong manufacturing sector, the country’s industry accounts for 46.6% of its GDP.

Iceland, a Nordic island nation, was founded in 1944. The country benefits from renewable natural resources (fishing primarily) but also enjoys the diversification into other industries and services. Iceland’s economy is highly export-driven and most of its exports go into the EFTA and EU member states. The country’s relatively liberal trading policy has been strengthened by its 1993 accession to the EEA. Still, its economy entirely collapsed after the 2008 economic crisis. The exchange rate of the Icelandic krona (ISK) is determined in the foreign exchange market. After a pause of 10 years, the European Central Bank (ECB) again enlisted the ISK among the currencies on which it provides a daily quote. Swings in global commodity prices – fish, aluminum, iron – can easily drive the value of the ISK up or down. This “free-floating” currency is traded without restrictions on global foreign exchange markets but is still perceived as one of the more volatile currencies. Its small central bank with limited foreign exchange reserves struggles to control the value of its official currency in the face of trends on forex markets that are driven by much bigger financial players.

Norway, one of the wealthiest countries in the world established in 1814, is highly abundant in natural resources, which also significantly contribute to its economic strength. Oil and gas exploration and production, fisheries, and important service sectors (e.g. maritime transport and energy-related services) also greatly support the country’s economy, which is why it has such a high GDP (403.34 billion USD in 2019). The Norwegian krone (NOK) is believed to be an alternative to other safe-haven currencies (e.g. the CHF) and is traded frequently against the USD. Still, it can be quite a risky choice owing to the strong correlation with shifts in oil prices.

Although expanding internationally can be an exciting opportunity for growth, an international business raises a unique set of challenges. Political and regulatory uncertainty, severe competition, and currency volatility are just some of the risks.

Trading agreements are among the most powerful tools to stimulate commerce. Smaller nations, in particular, look forward to joining trade agreements as a means to access larger markets, which is made possible through the elimination of tariffs, quotas, and other restrictions.

Owing to specific incentives provided by trade agreements, trade volume increases, flooding the economy with more money. Moreover, with an increase in money in an economy, consumers demand more goods and this often results in higher prices.

However, any changes in sales and prices also affect the forex market. For example, in 2019, the stock market enjoyed a long period of prosperity and unprecedented growth levels which triggered historic lows in the spot forex. These fluctuations of money between different markets influence the volume in the currency market as well, which is why the EFTA is also important for forex traders.