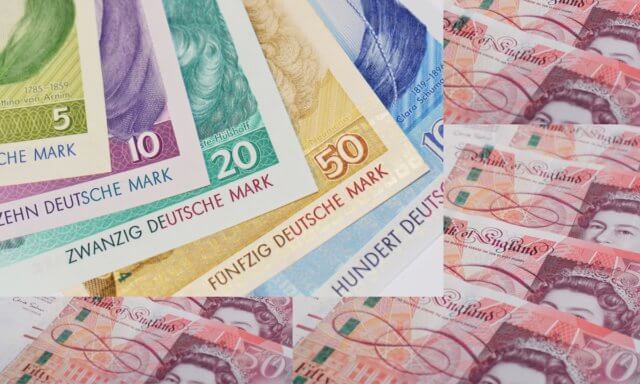 This is the account of the greatest trade, possibly driven by a masterful fundamental analysis and the power and skills to accomplish it. It was the hard fight of The Quantum Hedge Fund, owned and operated by George Soros, against the Bank of England.

In the late seventies and the eighties, the interest rates were extremely high in Europe due to inflation. I remember my first mortgage had a 13 percent fixed interest during the first year, but it jumped up to 21 percent in the subsequent years. I was basically working for the food and the bank.

In 1979, there was a Franco-German initiative to create a European Monetary System (EMS) to stabilize the exchange rates and reduce inflation, thus, preparing the EU countries for monetary integration. One of the components of the EMS was the Exchange Rate Mechanism (ERM). The ERM obliged the participants to maintain their currencies within ±2.25 percent band of a basket of currencies called the European Currency Unit (ECU).

Initially, the UK was not participating in the EMS. Still, it decided to join in 1990 at a rate of 2.95 Deutsche Marks to the Pound with a fluctuation band of ±6 percent, as the ERM was very successful in taming inflation in all European countries.This stability began to fail following the German reunification that precisely started in 1990.

In the subsequent years, the German government spending sharply increased and forced the Bundesbank to print new Deutsche Marks, which created inflation, and, as a consequence, the Bundesbank raised interest rates. That created a side effect in the form of increased demand for DM from investors, raising the price of this currency. Thus, the rest of the EMS member countries were forced to raise their interest rates to keep their currencies within their pegged agreed band.

At that time, the United Kingdom’s economy was weak, and unemployment was quite high. It would not be advisable under these circumstances to raise interest rates. Thus, it would not be easy for the British government to keep the pegged monetary policy for long, and Soros knew it.

Soros, running the Quantum Hedge Fund, bet essentially that the Pound would necessarily depreciate against the Deutsche Mark because the UK would need to devaluate the Pound or leave the Exchange Rate Mechanism (ERM). Thus, in June 1992, Soros made a long position in the Pound and a long position in the Deutsche Mark by borrowing pounds and investing in mark-related instruments. He also established positions in options and futures. His bet totaled over $10 billion. He was not the only one. It was said they were organized as a team, so the combined positions created massive downward pressure on the Pound.

The Bank of England tried to hold the pegged rates at the cost of buying 15 billion pounds with its reserves, but that was at the expense of less “fuel” for the real economy. Even the effectiveness of that measure was limited, as the Pound kept trading very close to the lower band limit.

Then, on September 16, 1992, the BoE announced a 2 percent interest rate increase, from 10 percent to 12 percent, attempting to boost the currency. And the next day, BoE Governor promised to raise them again to 15 percent. That was aimed at forcing short-positioned investors to close their trades and free the Pound from their claws, but that was not enough, and traders kept selling the Pound, while the BoE kept buying it.

Finally, at 7:00 p.m. of September 17, Chancellor Norman Lamont announced The UK would leave the ERM, and the rated would be back to 10 percent. That day, also known as “Black Wednesday,” saw the beginning of a severe depreciation of the British Pound over the next three weeks – 14% against the Deutsche Mark and 24% against the Dollar. 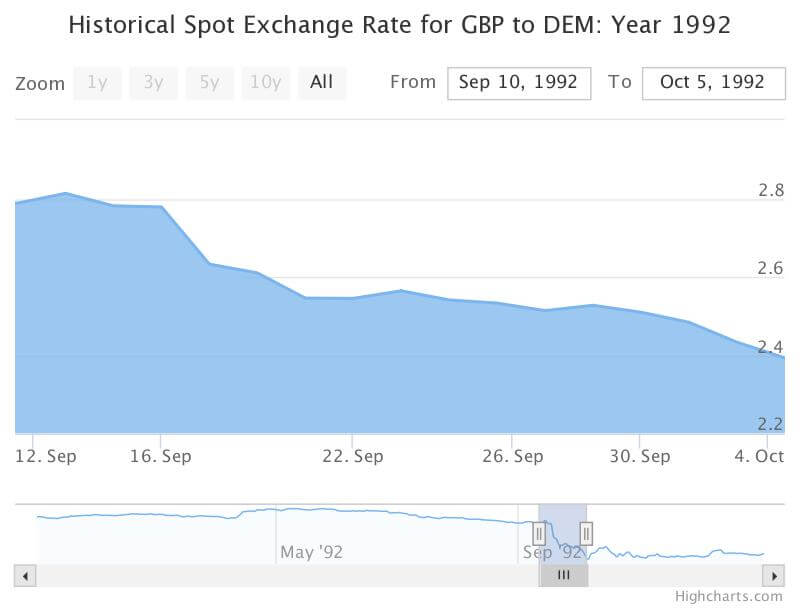 The success of this trade against the Pound gave fuel to the Quantum Fund and friends to attack other euro currencies. One by one, the Lira, the Spanish Peseta, fell under the attack of this trading group. After the Peseta dropped by 30 percent against the Dollar, also leaving the ERM, The German Bundesbank had to cut its interest rates to help stabilize the European currency markets.

—-
Taken from Day Trading and Swing Trading the Currency Market, Kathy Lien and some facts from old news articles.