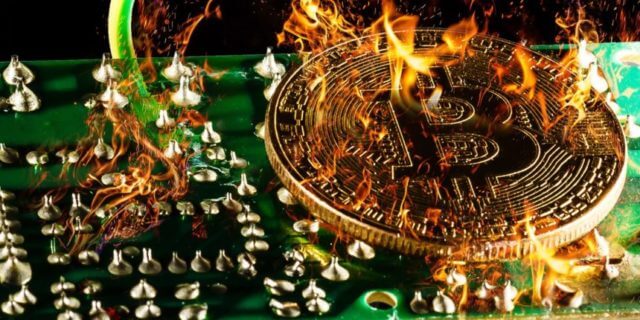 Many tech experts believe that blockchain may have been the best thing to happen to humanity since the internet. Considering how revolutionary this technology is, and how disruptive it has been on almost every industry, you wouldn’t be mistaken to agree with them.

However, blockchain has some serious limitations that are not easy to overcome and it was only a matter of time before something better came along. That better thing is already here, and its name is Radix.

Radix is not a better version of blockchain. It is a new kind of technology that makes trustless and decentralized digital ledgers (DLT) that will ultimately use smart contracts, but without the scaling limitations of blockchain. The Radix platform will be powered by the super fast and highly scalable Radix Engine, which is designed and built to make the creation of on-ledger solutions easier and safer with certain constraints. This is what makes Radix much more superior to blockchain and a safer bet for the future of crypto.

What makes Radix special is that it is a high-throughput platform to develop and distribute decentralized applications, faster and more efficiently than existing platforms.

The network on which it runs, called the Radix Public Network (RPN) is modular and general purpose. This means that the technology the network uses has multiple layer ‘constraints’ that allow for validation of state transitions rather than compute them. It opens up the possibilities of the network to facilitate the development and deployment of all kinds of smart contracts and high-level APIs.

It is designed to be a global computer on which decentralized applications can run efficiently and inexpensively and the company ran a test to prove it.

Think of a blockchain platform, but without blocks. This new platform uses a new kind of consensus protocol known as logical time. It is completely different from those of blockchain and has given birth to its own kind of data structure dubbed ‘Tempo’.

The Tempo Ledger is made up of three core components:

An instance of Tempo is referred to as a Universe. Any event such as a transaction or a message within a Universe is represented by an object referred to as an Atom. All atoms on the network have at least one endpoint destination that is represented by an endpoint address. Such an address is used to route events throughout the network and is derived from a key identity, such as a user’s public key.

The power of Radix 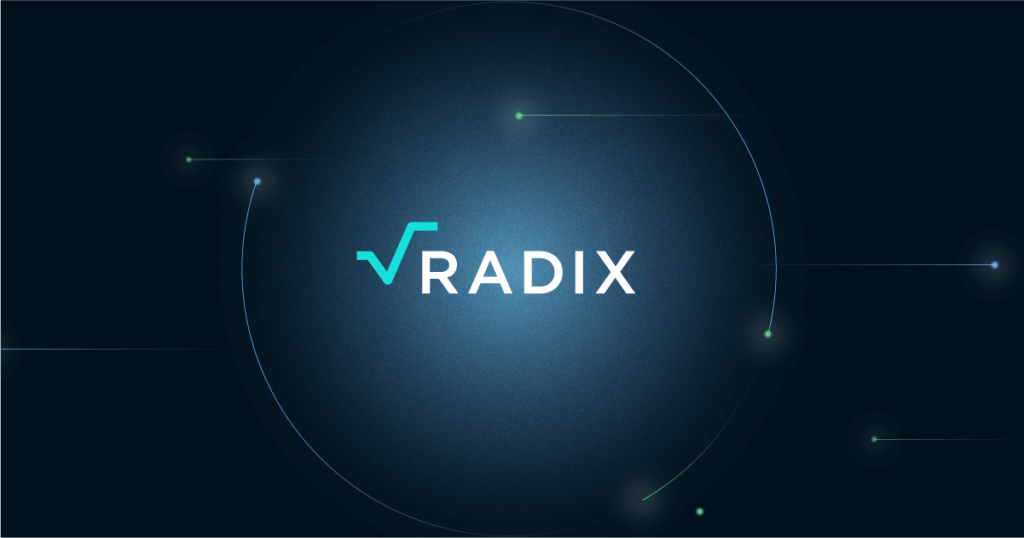 Radix has been in development since 2011. The developers tout its protocol as the first consistent distributed database with infinite scalability capability – with relative ordering of related events as well as n-1 fault detection. Radix is designed and built to be easy to use and to use minimal resources. Since it can run efficiently even on devices with limited processing and storage resources, it is expected that it will be massively adopted for use with IoT (Internet of Things) networks and devices.

Shortcomings that spell the demise of blockchain

For a long time, the dominant technology the world relied upon to build and deploy distributed ledgers was blockchain. Since the launch of Bitcoin, everyone saw this technology as the savior of mankind – the tech that finally made it possible for everyone on the planet to be on the same page at the same time on almost everything.

However, with the rapid adoption of blockchain, its two main limitations quickly came to light, and proved almost impossible to solve without coming up with a completely different kind of platform. They are:

PoW used in early blockchain networks are not only very inefficient, they are also only as safe as the amount of computing power dedicated to them. This means that the security of a blockchain network is highly dependent on the cumulative power of the nodes on the network and a more powerful adversary would pose a serious threat.

☑️Scalability: While blockchain is a powerful concept with few weak points from which a threat would attack or disrupt its network, it has a serious scalability problem. This technology was a hit largely because it is decentralized and certainly provides data integrity and transactional trust, but it does not scale very well.

In an attempt to overcome blockchain’s PoW risks, industry experts developed the PoS (proof of stake) and DPoS (delegated proof of stake) consensus protocols. While these protocols mitigated the risks and reduced the processing requirements and power intensity of blockchain networks, they are not fool-proof. To date, it is clear that it is not possible to make a blockchain network 100% decentralized.

Decentralization is the key attribute that adds value to the creation and distribution of data and assets in DLT systems. This is so since it eliminates the need for a trusted third-party and prevents the abuse of power by a central authority. It was only through a distributed ledger that for the first time, people were able to peg value on created digital objects. Cryptocurrencies are so far the most notable products of distributed ledgers and everyone is keen to see how well they will fare in a Radix system.

Radix is a truly decentralized platform with no staking, no masternodes, no coordinator, and no central council. All the current blockchain platforms have some kind of masternodes, stakes, platform coordinators and even governing councils that to some extent ‘own’ the platform. With Radix, there is just a company to administer the platform.

One special way in which Radix eliminates risk of centralization is by use of permissionless consensus system that scales well in both small and large networks. The system is secured by the passage of logical time. This is a property that cannot be faked or bought within the Radix platform. This consensus mechanism is not only incredibly efficient and reliable, but also very power efficient because it does not use more power unless there is a conflict to resolve.

Additionally, Radix does not apply consensus to all events, only those that are in conflict. This feature makes the entire system highly efficient and scalable even at a global scale.

A truly global decentralized system must have the capability to scale to every single device and be used by every person simultaneously all over the world with no performance bottlenecks. Blockchain cannot offer such scalability.

Radix’s structure makes it easy to fragment and index the data on the platform such that when there is an increase in network demand, more devices can be added to the platform to boost its throughput.

The data on the Radix network is not cut up ad-hocly; the developers of the platform had the foresight to strategize the fragmentation such that devices would have an easy time finding where any piece of data lives in the overall network structure. This eliminates the need of re-indexing every time data is cut up or added to the network and significantly speeds up the performance of the network.

The data structure on the Radix network is pre-cut to 18.4 quintillion shards and key fields are referenced to find where a particular piece of data is on the structure. This ingenious data structure makes the platform highly scalable with no overhead. Both tiny and humongous data sets will find a snugly place to live on the network, meaning that large businesses will find it just as easy to use as an individual does.

The core mission of the Radix startup is to develop a platform on which developers can build and deploy their decentralized applications (DApps). Much like the Internet has been an enabling technology, Radix aims to offer the very best tools that anyone can use to develop and distribute anything they can think of.

The Radix platform is still under development but this far, it has proven that it can deliver what it promises. The geniuses behind it are imagining a reality where every device with connectivity – smartphones, security cameras, microwave ovens, televisions, smart cars – can join the network and be a part of the consensus mechanism. In all these, the developers should be the biggest winners to spur even greater innovation and to nurture a community in which everyone can believe in.

Blockchain may have ushered in the age of decentralized ledgers, which birthed cryptocurrency, but it has run its course. A blockchain platform cannot be truly decentralized, and there is nothing that can be done to make it scalable enough to be as powerful as a Radix system. It is justifiable, therefore, to conclude that blockchain was the past and will eventually be replaced by Radix, the future of true decentralized digital ledgers.