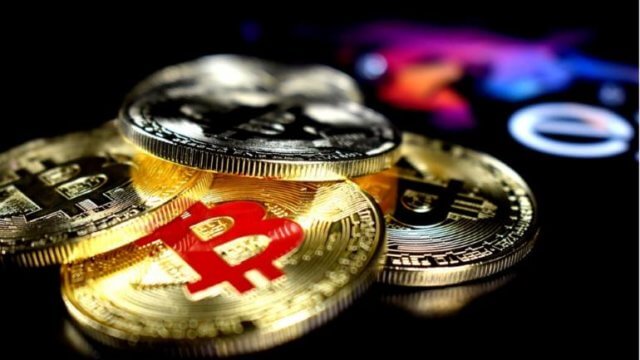 Being the first of its kind, Bitcoin can be termed as the king of cryptocurrency – a position that can also be attributed to its large user base.

Ever since its inception, this digital currency has inspired the launch of similar, or rather improved iterations, of new cryptos. As a result, the market is quite flooded with cryptocurrencies, each offering a unique utility point, in a bid to establish undisputed authority in the crypto-market.

The race to dominating the crypto-space has grown exponentially to a point that it has attracted the attention of government institutions, who are seeking to regulate blockchain and all crypto assets.

While most government institutions are playing catch-up, giant tech companies such as Facebook are laying plans on launching their own digital currency. So, the real question is, who is likely to win the digital currency race? Will it be a state or a private entity?

The Case for Facebook’s Libra coin

Less than a year ago, Facebook announced that it would launch a digital coin called Libra. The coin is aimed at connecting thousands of people who don’t have immediate access to traditional banking systems. From the surface, Libra could indeed be a financial game-changer, as the giant tech company is banking on its massive international user base. This also translates to more profits for the company on top of its record high revenue generated from the advertisement.

But the road to launching Libra, so far, has been nothing short of challenging. Lawmakers, especially in the U.S., were quick to grill Facebook’s plan on the basis of privacy concerns.

Unfortunately, the company hasn’t been in the good books as far as users’ privacy is concerned. As such, the U.S. Congress viewed its extension into the financial realm will likely result in more cases of consumers’ privacy violation.

However, looking at what Libra can help users achieve, a good number of businesses will likely buy into it; despite Facebook’s disregard for privacy. For starters, the social media platform connects businesses to millions of potential customers. Put Libra into the picture, and Facebook transforms from just a social media platform to an e-commerce and financial marketplace, where customers can shop online using the built-in digital currency. This will be by far a great opportunity that many small businesses can’t resist. Also, Libra’s white paper outlines big brand partners such as MasterCard Inc, Visa Inc, and Uber Technologies, who’ve signed up to invest in the coin’s growth.

But, for those who are unwilling to cede their personal details to a company that has always shown it can’t be trusted, the big-name partners can be seen as pathways for mitigating the regulatory measures and privacy criticism that Facebook faces.

Sure, cryptocurrencies, in general, have been met with a lot of skepticism credit to their potential to disrupt global finance. Blockchain – the underlying cryptocurrency technology- is still in its infancy stage, which also attracts more speculation on digital currencies.

Despite the backlash from finance regulators, a handful of countries are warming up to cryptocurrencies and its potential to revolutionize global finance.

A good example is China, where the country’s central bank – People’s Bank of China (PBOC) – is closer than ever to digitizing the Yuan, China’s official currency. This move has been endorsed by President Xi Jinping, who believes blockchain is an integral part of China’s plan to become a high-tech superpower.

Following closely behind is Japan, where the legislators are exploring the idea of issuing Central Bank Digital Currency (CBDC) in the form of a digital Yen. Apparently, the process of digitizing the national currency will be a joint venture between the Japanese Government and several private companies. Nonetheless, the goal is to give Japan an upper-hand in the cryptocurrency industry.

Many believe that Japan’s plan to issue a CBDC is in response to the fear of competition from China, who are also digitizing the Yuan. Facebook’s Libra coin is also part of the reason why Japan is joining the race for digital currency supremacy. This is due to the fact that Libra is backed by different fiat currencies, making it hard to manage since it can’t be pegged to a single county’s politics.

Western economic powers haven’t been as fast as expected, in adopting or promoting the use of digital currencies. In fact, since the birth of blockchain, some Western Countries have been actively inhibiting the growth of cryptocurrencies through strict regulatory laws. Case in point, the U.K. is determined to ban crypto derivatives in addition to planning on taxing crypto users. Things aren’t any better for crypto users in the U.S., where the IRS has managed to stub out several crypto start-ups.

Recently, however, the western countries have realized the futility of blocking digital currencies. The European Central Bank (ECB), in particular, is working on a digital currency that could be an alternative to private providers. There have been notable moves by central banks in Canada, Switzerland, and Singapore, where they are looking at adopting a digital currency, as the use of fiat currencies decline.

As countries and private entities try to establish their dominance in the crypto-market, the world’s largest central bank, Bank of International Settlements, aims at keeping the race co-ordinated and less chaotic. For this reason, the institution has appointed one of the ECB board members, to oversee the development of a digital currency model that other central banks can easily adopt.

In the U.S., several Congress members expressed in writing to the Fed chairman – Jerome Powell – their interest in pushing for the digitization of the dollar. According to these Congress members, the current skepticism surrounding cryptos will jeopardize the widespread acceptance of digital currencies in the long haul.

Clearly, the race to establishing a sovereign digital currency has taken root. China is expected to emerge victorious in this race, owing to the political back up blockchain has received in the country.

Facebook and Japan could be the closest rivals to China as the two already have an established framework to support their digital currency. The former is only held back by legal setbacks, while the later is yet to materialize its plan in comparison to China’s concrete effort to digitize the Yuan.

Western countries, however slow they might be, will soon catch-up at their own pace. But for now, only time will tell who will win the race.