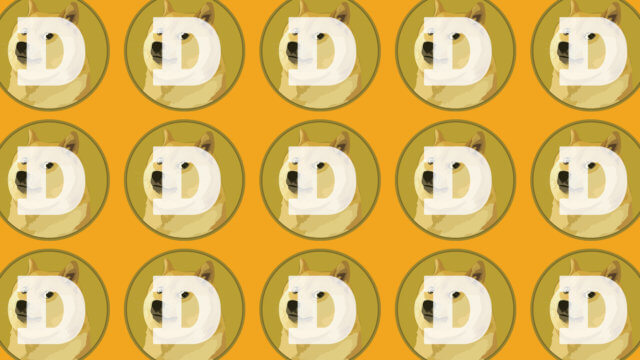 Nothing is more democratic than cryptocurrencies. Being decentralized, peer-to-peer and having almost no barrier for entry, it means that anyone can come up with their idea of what they consider as a unique addition to the crypto space, which is why we have 2000+ cryptocurrencies in existence today.

Of course, in such a laissez-faire environment, we’re bound to see cryptocurrencies of all sorts popping up – from uber-useful ones with real solutions to downright wacky and silly ones.

This piece is a homage to cryptocurrencies falling in the latter category. Because even if some already went the way of the dodo, what harm does it do to celebrate their wacky ingenuity?

So here’s a list of the most ridiculous cryptocurrencies that we unearthed:

The weirdness of this cryptocurrency lies in how irreverent it is. From the name itself to its offensive hand gesture.

Useless Ethereum Token is one of the many, many riffs of Ethereum, and in the democratic crypto space, anyone can take the name of a cryptocurrency and make whatever they want – including a mockery, out of it.

A quick look through UET’s website reveals the cryptocurrency exists mainly to rail against ICOs, saying “everyone is tired of ICOs” because they start with a lot of hype, only for the token to needlessly “clog the Ethereum network” and lose their “value” shortly after. Thus, UET is fashioning itself as the first cryptocurrency that “transparently offers investors no value…”

The creator of UET is so honest he offers potential investors this warning: “You’re going to give some random person in the internet money, and they’re going take it and go buy stuff with it. Probably electronics to be honest. Maybe even a big-screen television. Seriously, don’t buy these tokens…”

And the most insane thing? Despite the parody-heavy warnings, investors pumped $43, 713 into the ICO, “enough to buy 36 televisions” as the website describes it.

“The time draws near, the return of The Great Old One is upon us. Join us in our ritual.” Those are the words that greet visitors to the Cthulhu Offerings cryptocurrency website, which currently appears to be defunct.

Depending on you, Cthulhu Offerings (OFF) is either strange or really interesting. The cryptocurrency is inspired by American writer H.P Lovecraft’s short mythical story “The Call of Cthulhu.”

Cthulhu is a sea monster that habits the Pacific and is a combination of a dragon, an octopus and a human being. Cthulhu will one day rise and unleash terror on the world.

The cryptocurrency gets weirder when you notice, though, as developer Adam McKinney divulges to Verge: “It was not released to make money or even to be profitable – it was released because Cthulhu deserves away for people to waste electricity in his name.”

The waste of electricity here refers to the energy used in generating new Offerings (OFF) through mining. The OFF model is designed to automatically adjust the mining difficulty when half of the coins are mined, so as to prevent inflation of the currency.

This cryptocurrency is inspired by Avatar, the very successful 2009 science fiction movie. In the movie, humans invade a foreign planet called Pandora to obtain a valuable but rare mineral, ‘Unobtanium.’ Pandora happens to have large reserves of this mineral, and the humans are determined to mine it, even if they will kill nearly everyone in the process.

Naturally, the developer thought it cool to fashion the cryptocurrency to be as rare as the fictional mineral. Only a maximum of 250,000 coins in total will exist of the currency in the next 300 years.

On the website, you’re played through an anecdote about how gold was “the most valuable resource known to mankind,” the “treasure of kings,” but “that is the past.” “This is the digital age,” it says, and “Bitcoin is the new gold,” which is “rare to find and hard to obtain.” But what’s even rarer? Unobtanium, “the platinum to Bitcoin’s gold.” It’s called “Uno,” and it’s “rare and fair.”

Of course, it remains to be seen how sustainable the self-declared platinum to Bitcoin’s gold is with that ultra-limited supply.

This is one ‘joke’ cryptocurrency that has gone on to achieve massive success. Dogecoin is inspired by Doge, a popular internet meme. The crypto features a Shiba Inu on its logo, departing from the traditionally more serious logo designs. Dogecoin is so successful that as of 4th April 2020, it’s ranking at #33, with an impressive market cap of $229, 719, 465.

The crypto is the idea of Billy Markus of the US, and Jackson Palmer of Australia. The duo had envisioned the currency as a light-hearted take on crypto and blockchain, with absolutely no idea that it would become a ‘legit’ currency.

One of the great things about cryptocurrency technology is if you’re creative enough, you can create anything. Burger King Russia seems to know this, creating a cryptocurrency that allows users to get a free burger at the chain once they earn a certain amount of the coin.

So how does Whoppercoin work? Well, by earning a Whoppercoin for every ruble they spend. Once you reach 1700 coins, you can redeem it for a free burger. Sounds like a plan, no?

Whoppercoin runs on the Waves blockchain, and it can also be transferred and traded, meaning users can either redeem their rewards or sell them if they like.

Going by the name alone, this cryptocurrency might be the weirdest of them all. F.U.C.K here stands for ‘Finally Useful Crypto Karma.’ According to the website, this bizarre coin is “a social cryptocurrency that aims to help everyone around the world give a FUCK.”

According to a bizarre video on the website, millions of people are plagued by the lack of ability to give a fuck”, and through this token, you can finally give a fuck. For instance, if you love a post on Reddit, you can give a fuck. But if the post or comment is not “fuckworthy, simply give no fucks.”

Vice, the publication, sought to establish the thinking behind the coin. According to the developer, the ICO market is just people who are “pissing away” a ton of money on companies that are merely selling ideas without the product to back it up. Of course, they see no irony at all in that statement, given the F.U.C.K token doesn’t offer a whole lot.

Even though Coinye coin is officially dead, this list wouldn’t be without it as it’s one of the truly outlandish ones to ever exist.

The coin first featured a logo with American rapper Kanye West’s image, despite him not being affiliated in any way with the developers. Predictably, Kanye was not too pleased with the idea, and, through his lawyers, sent a cease and desist letter to the developers on the basis that the use of image constituted trademark infringement.

The team responded by removing all references to the rapper from the project, and instead replaced the logo with a likeness of West as a sun-glassed fish. This time, West’s legal team sued the creators, forcing them to completely abandon the project.

If you’re like us, you’re probably wondering what was in the developers’ minds with this whole shenanigan. Apparently, it’s nothing more than “because they were huge fans of West. In an interview with Noisey, they revealed that they “chose to represent Kanye because he is and has always been a trendsetter, and he’s always keeping things unique.” Well…

Donald Trump shocked the whole world by clinching the American presidency in 2016, despite being not being the projected candidate to do so. So it’s no surprise there’s a cryptocurrency in his name.

The TrumpCoin website states that the coin is a “digital currency supporting Patriots around the world.” These patriots are people who “…want the truth told and written, they dislike corruption and evil politicians. They want criminals brought to justice and abhor corrupt governments and tyrannical dictators.”

There’s a video that allegedly describes the vision of the project but is, in fact, a politically-charged video complete with snippets of Trump campaign speeches.

Cryptocurrencies are supposed to be serious business that democratizes finance. But a little creativity once in a while that pushes the limits and breaks the mold is also welcome. These cryptocurrencies do an excellent job of that.