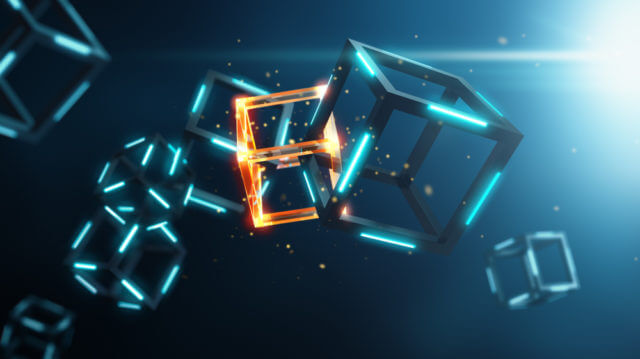 Blockchain is a form of distributed ledger technology. It has very specific technological features that differentiate it from other forms of a distributed ledger. Every transaction that blockchain processes is linked into groups of records. This way, blockchain forms a chain of blocks of transactions, which is where it got the name from. Bitcoin is a true example of proper blockchain use. It is entirely open, and anyone can contribute to its code and give their opinion on how to improve it.

This article will hopefully provide insight into how blockchain is used, promoted, and what’s wrong with the marketing industry nowadays.

How is blockchain promoted?

Blockchain seems to have become a magic buzzword when it comes to crowdfunding as of lately.  Many companies proudly state that they have implemented blockchain technology in one of their aspects of business, or that they will extremely soon. Truth be told, this has brought an immense interest to these companies, especially the blue-chip companies that had nothing to do with cryptocurrencies before.

People have started associating blockchain with security, decentralization, immutability, etc. and they are not wrong. However, what many people don’t understand is that most of these companies did not even implement a true blockchain. Instead, they made a centralized version of it.

Pillars of an open blockchain

Andreas Antonopoulos has established that an open blockchain can be described by five attributes: open, borderless, neutral, censorship-resistant, and public. If a company implements anything other than a blockchain that doesn’t have these five attributes, it doesn’t really need a blockchain. It requires a boost in marketing, which it will get through parading the word blockchain.

Open blockchain means that anyone can participate in it and that everyone can access it without authorization, vetting, or ID checks. An open blockchain does not know or care if you are even human. Both people and software can use blockchain without any restrictions.

Just as the word says, blockchain has no borders. Blockchain is international and does not care where its users are from. It should be a truly international phenomenon.

Neutral means that each part of the information on the blockchain is free. While cross-border money has to sometimes go through security checks, neutral blockchain does not care who the funds or information is traveling from or to, what matters is that they get to the destination.

Censorship-resistant blockchain means that there is no personal, corporate, or government body that can stop a transaction from occurring. A true open blockchain does not require any authorization, but it also does not get affected by anyone wanting to stop or reverse transactions.

Public blockchain means, simply put, that every transaction of information or funds through it is entirely transparent and verifiable. It ensures that no one can “cheat” the blockchain.

What’s wrong with a non-open blockchain

Blockchain has been created as an improved ledger system that can solve many problems safely, quickly, and more transparent. However, most companies are not trying to implement an open blockchain system because they don’t want to. They want to remain centralized and have a closed blockchain governed by the company itself. So, is it so bad that they wish to remain centralized?

No, it is not wrong. Any entity can decide what it wants or does not want. However, using the word blockchain gives false expectations to people. Whenever blockchain implementation has been mentioned, people flock with their money and start buying shares of said company, with expectations of improvement towards decentralization. However, that does not happen.  Even if companies implement something that they call blockchain, it is not an open blockchain, rather a distributed ledger that does not have all of the characteristics of blockchain.

Using blockchain as a buzzword for generating funds is certainly a good marketing move, but it is borderline illegal. People are given false hope, which is allowed and accepted only because most people do not know what a true blockchain is. People associate blockchain with Bitcoin and all its aspects, which is why they decide to invest their money into a promising concept implementation into a big corporation.