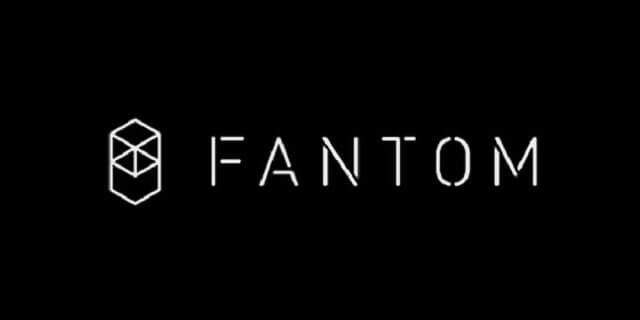 Blockchain has facilitated a new era of finance that eliminates centralized entities from the equation. Now, peer-to-peer and highly secure (thanks to cryptographic encryption) transactions are possible. As is a more inclusive global financial system.

The problem, however, is that the current blockchain faces issues such as slow confirmation time and lack of scalability. These two factors render blockchain – with all its merits, unfit to compete with traditional financial systems or for deployment in industries.

To address these issues, Fantom, a third-generation blockchain employs a Directed Acyclic Graph (DAG) model. It distinguishes itself from existing DAG protocols by deploying its innovative ‘Lachesis Protocol’ to achieve consensus. This protocol will be integrated into Fantom’s OPERA chain which supports real-time and low-cost transactions.

In this article, we’ll explore Fantom’s offerings as well as its native token, FTM.

Fantom wants to deploy DAG technology to create a transactions’ infrastructure that’s scalable, reliable, and supports instant transactions. It intends to finally be applied on a large scale across many industries such as telecommunications, supply chain, public utilities, smart homes, and so on. The Fantom system will also support smart contracts and the creation of decentralized applications (DApps).

In Fantom’s words, “the mission of Fantom is to provide compatibility between all transaction bodies around the world, and to create an ecosystem with real-time data sharing and low costs.”

How the Fantom system works.

The Fantom blockchain consists of 3 blockchains: the Node Service (NS) blockchain, the OPERA chain, and the Mainchain (MC) blockchain. The NS blockchain is in charge of handling node identifiers. OPERA Chain is the distributed chain comprising transaction blocks. OPERA Chain uses Fantom’s new Lachesis protocol, which is far more scalable and faster than both Classical and Nakamoto consensus. The Main Chain stores validated blocks and hence the transaction history.

Fantom wants to achieve the highest level of security by utilizing elliptic curve cryptosystem (ECC) tech. ECC ensures a high level of security with a relatively short key. Thanks to its shorter size, ECC is way faster and consumes less computing power than earlier models. Also, ECC is easier to implement. Fantom intends to utilize ECC in both online-based and offline-based wallets for the best security.

Fantom will implement a Proof of Stake consensus algorithm in which users with at least 3, 175, 000 FTM tokens can participate in. Users that run a node and secure the network will be known as “validator nodes” and will be rewarded in either of two ways:

There are other factors that will determine how much block rewards a validator earns. These factors make up the Proof of Importance of score and include the following:

Nodes that are a part of the network but not actively involved in validating blocks are known as ‘non-validating’ or ‘listening’ nodes. These nodes can partake in a range of activities – including syncing with the network and receiving and submitting transactions. But since they are not part of the consensus, they do not receive block rewards.

Planned Use Cases of Fantom Network

The Fantom network’s native token is called FANTOM (FTM). FTM has a hard cap supply of 3.175 billion. Fantom will utilize an inflationary model in which 20% of the inflation will go to block rewards. The rest of the inflation amount will be used to incentivize users, e.g. with very minimal transaction fees and as rewards to overall network participants who help maintain the health of the network.

Fantom tokens were distributed this way:

FTM is an essential part of the Fantom ecosystem, in which it will play the following roles:

Staking: For validators to participate in block confirmation and earn rewards, they have to first stake in FTM tokens.

Block rewards: Validator nodes will be rewarded in FTM tokens. The faster a node confirms transactions, the more rewards they stand to earn

Payment for transaction fees: network users will pay in FTM

Voting: FTM holders will have voting rights for various governance proposals. Such proposals could include changing the number of block rewards, electing moderators, and so on

Fantom brings something new to the blockchain space. By going a different route than most other distributed ledger systems, it hopes to solve the persistent issues faced by those systems. Its invention of the faster and more scalable Lachesis protocol is a smart move that will go a long way in this endeavor.