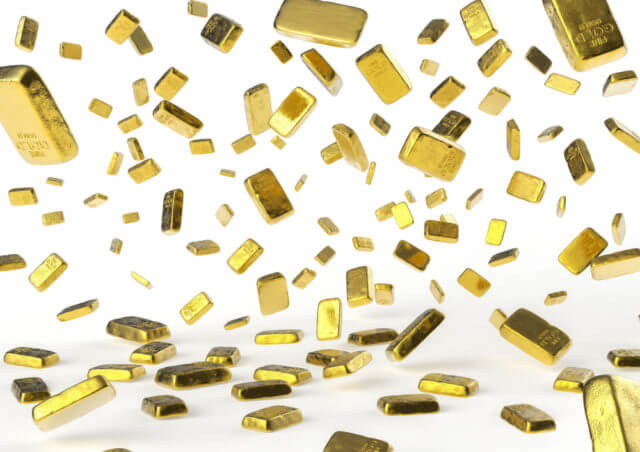 On Friday, gold prices slid as influential figures from China faded the risk appetite, while the U.S. labor market figure was robust. U.S. Bureau of Labor Statistics announced total nonfarm payroll (NFP) employment increased by a 128k jobs in October, surpassing forecast of 89k. Besides this, the headline number for the previous month witnessed an upward correction to 180k from 136k.

Hence, the unemployment rate observed 0.1ppt growth to 3.6%, meeting forecast with the uptick associated with the increase in the labor force participation rate.

Next month, the U.S. & China were supposed to meet at APEC Summit in Chile to discuss a potential Phase-one Trade agreement between both economies. U.S. President Donald Trump and Chinese President Xi Jinping were expected to sign the phase-one deal on that Summit. But due to domestic unrest, the meeting was canceled.

Trump announced that both countries would continue the negotiations and would sign a portion of that deal in the coming weeks.

On Thursday, Chinese Officials showed doubts on the prospects for an agreement and revealed that they were concerned about Trump’s impulsive nature and said that Trump might back out of even a limited deal at the last minute.

Gold is still facing triple top resistance at 1,514, which is keeping gold bearish below this level. On the lower side, gold has already completed 38.2% Fibonacci retracement at 1,50 area. But price reversed right after to close the candle above 23.6% Fibonacci retracement level of 1,507. Therefore, let’s consider staying bearish below 1,513 level today. All the best!