When it comes to trading the markets, there are three main tools that traders use to in order to try and gauge direction within the financial markets: fundamental and technical analysis, and trading based on sentiment. Within the scope of fundamental analysis lies a critical area based on market rumors, which are rife in all the various sectors that make up the financial markets. 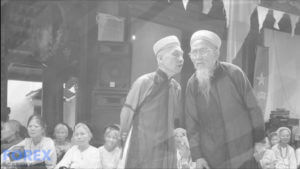 Buy the rumor, sell the fact is something you may have heard of, but in any case, rumors tend to abound in all of the financial markets and these often present opportunities to buy and sell or hold assets. The saying, buy the rumor and selling news first entered the financial markets when traders picked up on chatter or news reports in the equity market that a company was doing better than expected and that this would be reflected during the earnings announcement season. This could lead to a better share price for the company and also better dividends. And therefore, this would lead traders to believe that the stock was undervalued and result in speculative buying of the stock, hence pushing up its share price. Speculative buying also results when rumors are going around that a company was about to merge or be taken over.
Another area in the equities market that is affected by rumors or hearsay is mergers and acquisitions. Sometimes CEO’s of companies will not make this type of information readily available to the marketplace during the negotiation stage, However, a secret meeting between the two heads of firm’s could be exposed by the media, and whereby investors speculate that a merger or takeover is imminent and this could cause a flurry of buying or selling of stocks in the two companies. But this could also cause selling in other companies – in the same sector – which might suffer because of a perceived diminished market share, in the event of such a merger or takeover. 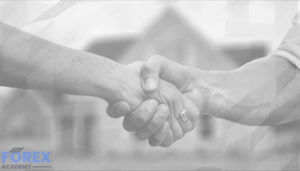 On the flip side, rumors might surface that the company is not performing well, and this might lead to a sell-off. Therefore our adage of buy the rumor sell the fact can also mean the opposite, depending on the magnitude of the rumor, and especially if it subsequently turns out to be false, and which can cause extreme market volatility.
Buy the rumor and sell the fact works differently in the Forex space because obviously, we do not have mergers or acquisitions. However, analysts will speculate that governments are intending on raising or lowering interest rates. Traders might then take the analysts’ comments on board and start trading a particular currency pair in favor of the analysts’ report, which is just another way of saying rumor.

In recent years and especially with the advent of Twitter, the Forex market has become much more susceptible to buy the rumor sell the fact. This is partly due to the fact that news reporters are often well placed with governments’ lawmakers to obtain unofficial – as yet unreleased – information that could affect the economy of a particular country, and thus the value of its exchange rate. 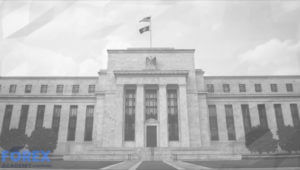 Another area that has had a dramatic effect within the Forex market is the style of the presidency pertaining to the United States of America. President Donald Trump has his own unique style of governing. He regularly tweets on such things as his preference for low-interest rates in the United States. This type of comment often flies in the face of the Federal Reserve, and it is not uncommon for him to tweet on factors pertaining to the economy, such as imminent economic data releases, even occasionally tweeting in a somewhat biased manner about highly sensitive and anticipated non-farm employment results, which are of course subject to an embargo.
One of the biggest problems that retail traders face, within the Forest market, is that price action, while driven by rumor, is reliant on market perception of the reality of the anticipated news release. At this point, the markets might think that the current exchange rate warrants such levels, or perhaps that there has been an overall exaggeration at which point a sharp reversal in price action might occur. Another danger is that traders who have ignored price action based on rumor, then enter the market expecting a continuation in trend, only to be thwarted by a reversal due to traders who got in during the early stages of the rumor then deciding to take their profits and causing a potential reversal or consolidation.

As well as rumors in the financial markets, another all too common a feature nowadays is fake news. It is not unheard of for fake Twitter accounts to be opened purporting to relevant players, such as respected analysts and reporters, and whereby fake news is released into the market which can greatly affect price action having been inadvertently being picked up in good faith by major news channels and filtering its way into to the market. While this type of fake news is generally quickly shot down in flames, that is not to say that it has not already caused extreme volatility in the process.
That is why here at Forex.Academy, we recommend that traders be mindful of rumor and speculation in the Forex market and trade with the necessary caution at such times. Always be prepared and expect the unexpected!