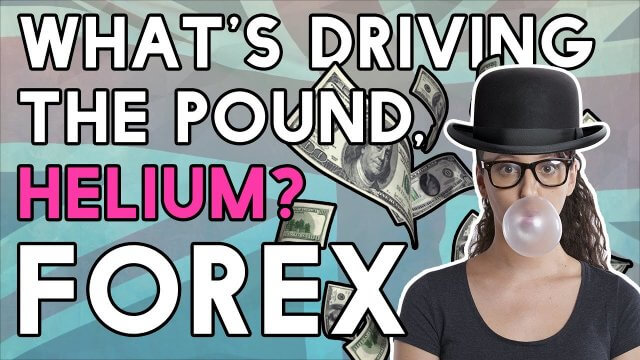 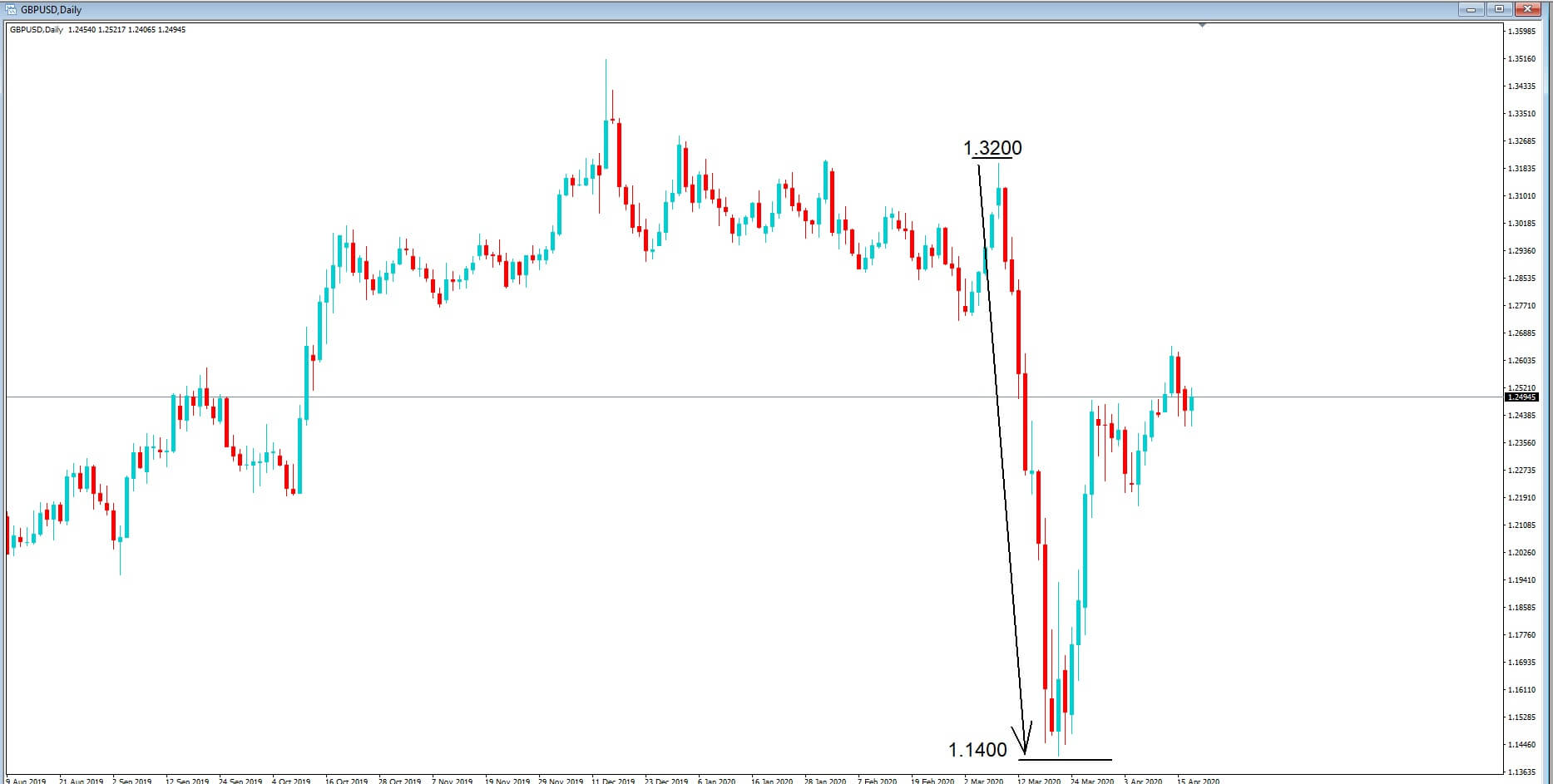 The British Pound has been affected greatly by the Coronavirus outbreak. As per the slide of the GBPUSD daily chart, the 7-day period at the beginning of March saw price action collapse from a level of 1.32 to 1.14. However, it has had a phenomenal rebound up to current levels of 1.25, and so what has led this recovery? And is it sustainable?

First, we have to factor in that in the early stages of March, where Britain was hard hit by the coronavirus, and the government decided to close the bulk of the business sector down by putting the country into lockdown in order to try and curtail the effect of the coronavirus. It implemented financial strategies to inject capital into the markets in order to try and protect small to medium businesses, while also agreeing to make financial payments to individuals who were on lockdown. This has created a debt bubble.
The shock wave to the financial system was huge and sent the Pound crashing against counterparts and especially the dollar. But also at this time, the United States was in the early stages of the pandemic, and this would have influenced investors and currency traders to buy the dollar against the Pound. 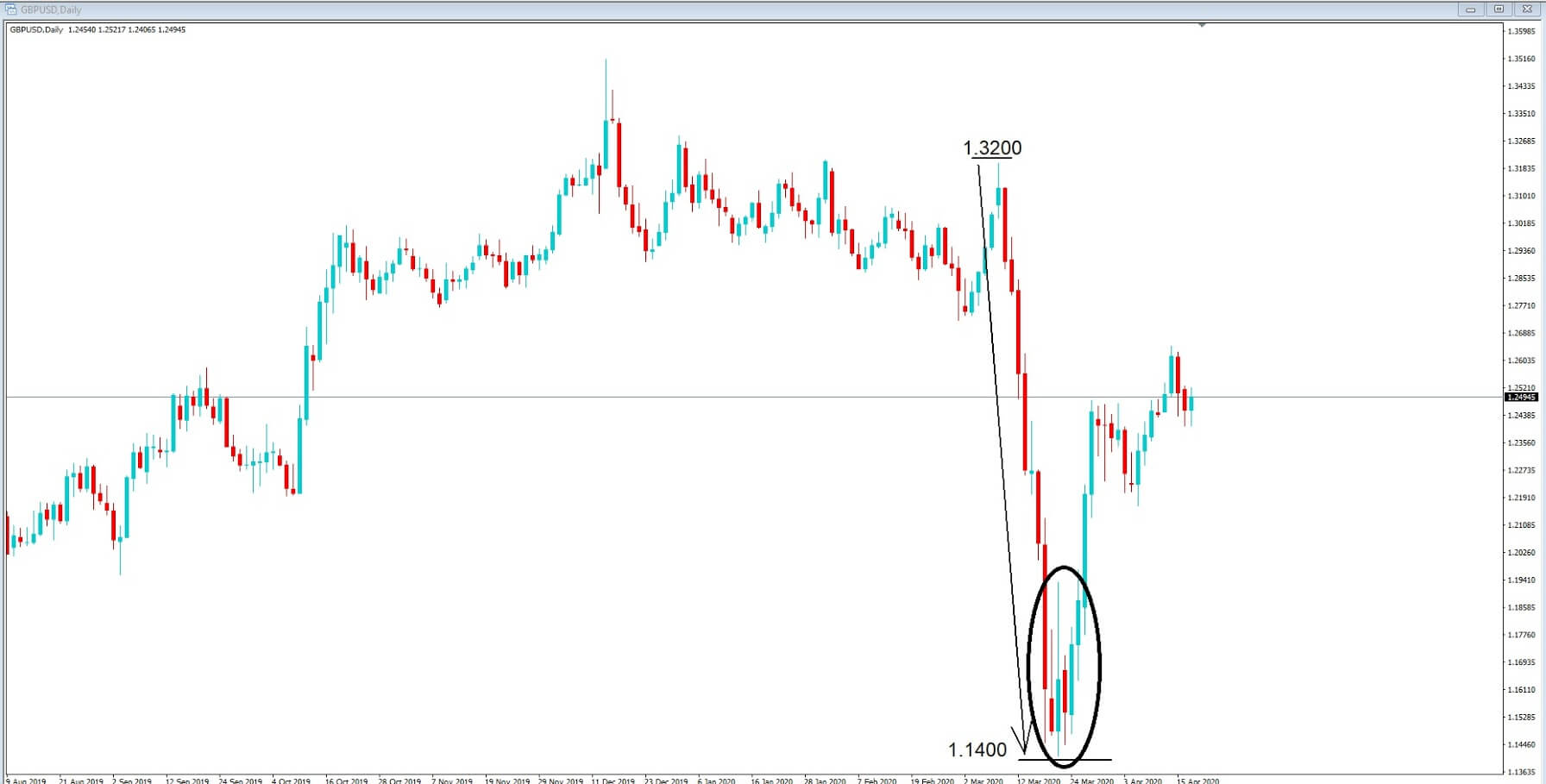 However, during the later stages of March, we can see that price action is heavily supported around the 1.1400 and 1.1500 key levels, as the United States becomes more susceptible to the virus with increased numbers of people being infected there and as the death rate begins to rise.

Analysts will also argue that the huge amounts of dollars being injected into the markets by the Federal Reserve, their slashing of interest rates and their huge overnight repurchase program which effectively provides more stimulus has greatly helped liquidity in the financial markets where the UK is heavily dependent within its huge financial services sector, thus giving the Pound a lift. But from 1.1400 to 1.2500, in six days? Wow, who saw that coming. Not many traders and analysts I expect, especially with the country in lockdown, with increasing unemployment, businesses going to the wall, and Government debt growing exponentially while essentially propping up the country.

Now we have to factor into other critical components as to why the Pound is so elevated. Firstly we have the USA in a similar situation, where a majority of the industrial sector has also been shut down and where the majority of the population, excluding essential and key workers, have been put in lockdown. Of course, these workers do not contribute to the country’s gross domestic product, and as such, they make a negative contribution to GDP due to salaries and equipment that they need which all comes from the Federal Government, again, this bad for the US economy, and so we would expect a bounce in exchange rates to take some of this into consideration.

However, I suspect one of the key reasons that the GBPUSD exchange rate is elevated at the moment is because investors envisage that the British government will not be able to effectively negotiate the terms of the new trading agreement with the European Union where Britain’s transition period ends at the end of December 2020. Although this is enshrined in law, analysts and investors are predicting that the government will have to find a way to extend this period by 1 or 2 years, simply because the pandemic has meant the British companies are not in a position to effectively be able to implement any new trade deals that the government negotiates with the EU by December, thus forcing the government to extend the transition period. And this, of course, would mean that uncertainties surrounding negotiations will be pushed back, thus alleviating pressure on the Pound.

There is one more thing to consider, that the pandemic, which is forcing the global economy into recession is almost unprecedented on this scale, and where we see large swings in currency pairs such as we have seen in cable, where huge volumes of stop losses will have been incurred by vast amounts of traders and institutions, and often you will find in the circumstances volume begins to dry up in currency terms as investors stay on the sidelines, which causes high levels of volatility, and vacuums, where are traders, cannot predict levels of resistance and support, because there is a lack of historical technical analysis levels of support and resistance, which further fuels uncertainty.

Therefore we should expect more volatility in this pair. However, as price action consolidates, we will likely see more levels of support and resistance being observed by traders looking for signs that the pandemic is easing, before finding more clarity with regard to directional bias.