Fear of Missing Out (FOMO). What is it?

In this session, we will be looking at the fear of missing out or f o m o.  What is it, and how does it affect trading?

The fear of missing out is a psychological aspect of trading any financial asset.  In fact, it is so deeply rooted in our psyche that it affects the way humans think about many aspects of our lives, and sometimes it’s so powerful that it blinds us to all reasonable thinking and can end up causing us to make rash decisions, which are ill-thought out, and untimely.

Although people can deal with the fear of missing out on social events, such as parties, or perhaps a sale where they missed a good bargain, when it encroaches into one’s financial trading ability and adversely affects decision-making, it can then become extremely expensive if not recognised and handled correctly.

A good example of FOMO is the recent bull run on bitcoin, especially bitcoin to the USD, and other crypto assets, with one broker, EToro, reporting 380,000 new accounts opened since the beginning of January 2021, and where much of the exponential growth in bitcoin / US dollar trading can be attributed to retail traders jumping on the bandwagon during the timeframe of this incredible rise in bitcoin value and where this is down to the fear of missing out. 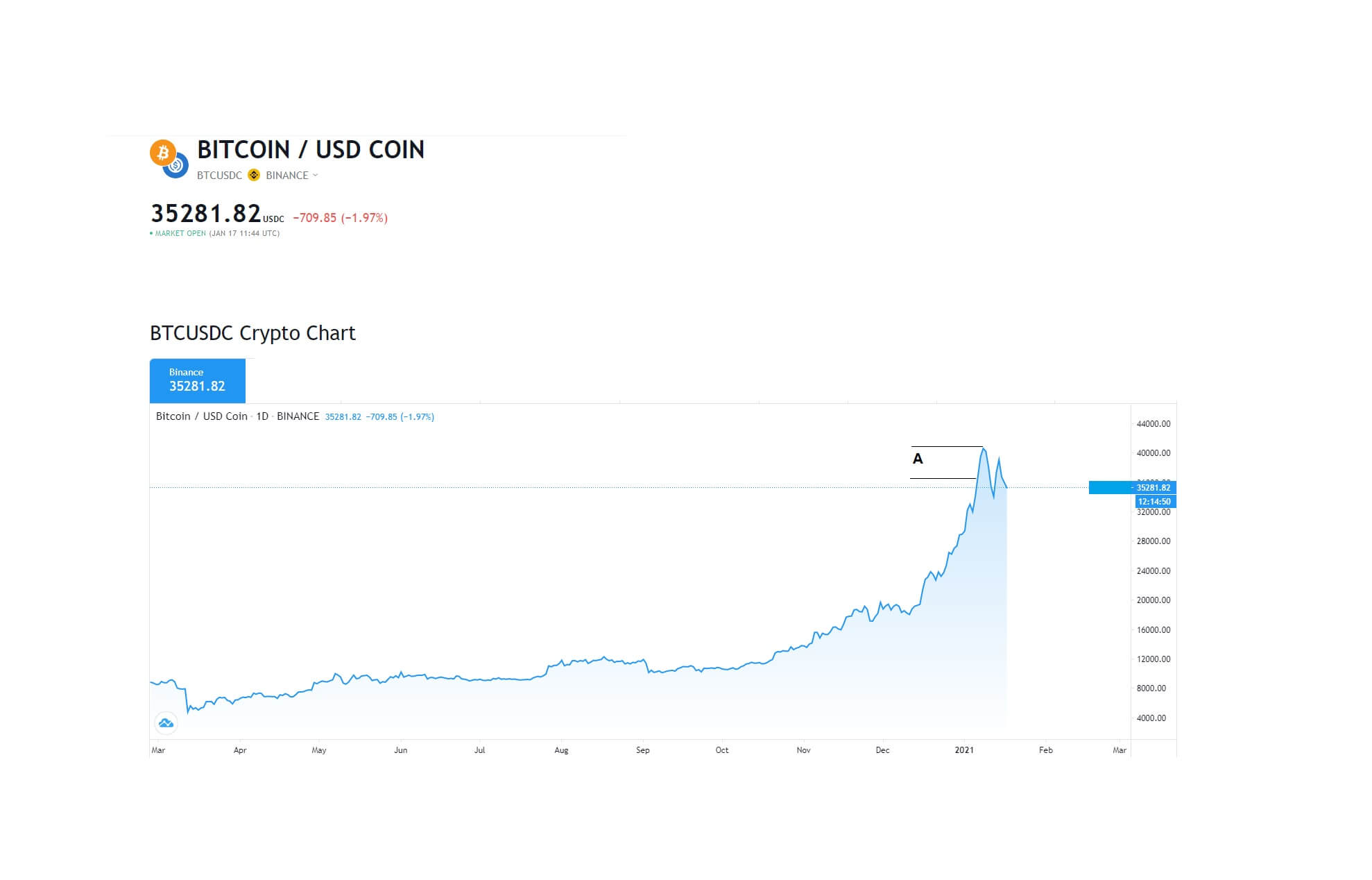 While bitcoin was trading at 42,000 dollars and whereby institutional and professional traders were focusing on technical analysis, where analysis suggested that price was peaking, the fear of missing out traders were still piling in and buying bitcoin on CFD’s and physical exchanges at levels shown here at position A, and where the subsequent tanking to $30K wiped out accounts and where billions were lost to retail FOMO investors who bought close to or at the top of the market.

Traders should always ask themselves if they are making their trading decisions based on sound technical and fundamental analysis, including market sentiment, or are they looking blindly, trading under FOMO pressure, looking to ride a trend wave which may be peaking or bottoming out and about to reverse?

Here is an example of a bull run from September 2020 to January 2021 for cable, which has risen 10,000 pips and where many traders will have been buying at the top of the market because they thought there would be a continuation perhaps to 1.400 or higher, now that the United Kingdom has left the European Union with a free trade deal in place

…and many traders who thought that the EU and UK would never reach an agreement would have sold at the bottom of the bear run, which topped out at 1.3475 and gone short at 1.2700 for fear of missing out on the bear run.

Trends do not have to be in their hundreds or thousands of pips or points before a trader is worried they are missing out and jump onto one. It could be just a dozen or so pips or points. The important thing is to remember that one’s decision-making must be based on strong technical analysis while factoring in market sentiment and fundamental analysis, which may be lagging behind the market move. They should factor in the possibility of price action stalling at any point or consolidating and use relevant stops in order not to blow their accounts on a single trade. And where traders must realise that f o m o has no place in their trading armoury, which must also consist of a trading style which has consistently been providing winning trades.