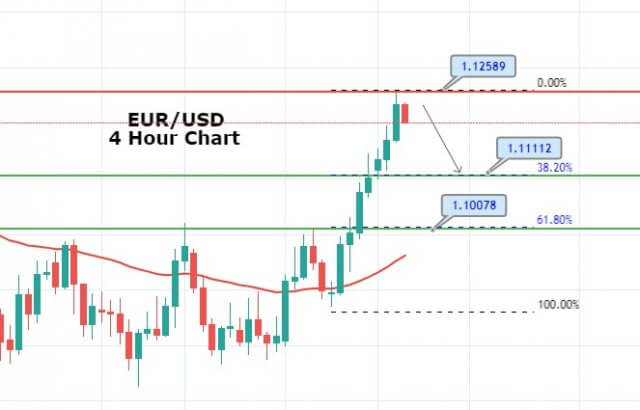 The single currency Euro continues to show a slight bearish bias despite the release of better than expected Eurozone’s Retail Sales data. The pair is now trading at 1.1210, and it has the potential to drop further until 1.1112 level.

As per new reports that the U.S. stopped Chinese flights into the U.S. active from June 16 in response to the recent move from China, which stopped American carriers from re-entering the dragon nation. While the U.S. Dollar Index that tracks the greenback against a basket of other currencies gained 0.21% to 97.465 by 12:12 AM ET (5:12 AM GMT).

Despite the new selling bias, the EUR/USD currency pair remained above the 1.1200 level due to the hopes of the ECB additional stimulus to support the economy. Germany’s stimulus agreement turned out to be one of the key factors that kept a lid on any further losses in the pair. Later today, the eyes will be on the ECB policy decision, which can drive a movement in the EUR/USD pair.


The EUR/USD took a bearish turn against the U.S. dollar to complete 61.8% Fibonacci retracement at 1.1215 level today. This level is extending solid support to the EUR/USD, and violation of this level can extend the EUR/USD pair until 1.1190 level. While above 1.1212 level, the EUR/USD can bounce off until 1.2305 level.