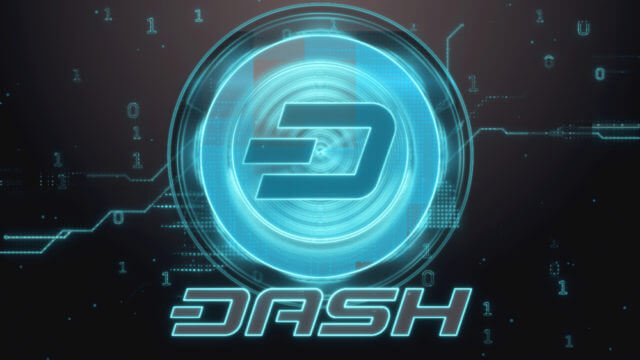 The word “Dash” is created from Digital Cash, thus signifying it is a virtual currency in its name itself. This coin was introduced by Evan Duffield in 2014, initially naming it as Xcoin. Later it got rebranded as Darkcoin as it was being used in the dark web for illegal activities due to its inherent features. The coin finally got renamed as Dash in March 2015. Dash is significantly different from the other cryptocurrencies in the market. It is an open-source cryptocurrency run in the form of DAO – Decentralized Autonomous Organization. We ll understand what a DAO in the latter part of the article.

Dash is created by forking the bitcoin network. Evan Duffield thought the bitcoin protocol could be improvised, especially the transaction speed and the governance structure, and thus started dash as an altcoin to bitcoin. The source code for the coin was taken from the bitcoin itself. Some tweaks were made to improvise the functioning as required. The block timing, i.e., the time taken to mine a single block, is 2.5 minutes compared to 13 minutes of bitcoin, thus making it four times faster. Apart from the transaction speed, the transaction in DASH is more private than the original bitcoin protocol.

Dash uses a combination of Proof of Work (POW) and Proof of Stake (POS) mechanisms. Primarily it uses POW using a hash function called “X11”. While POS functionalities are used to reward its miners for hosting, maintaining, and updating the blockchain. Every cryptocurrency must have nodes to perform different activities in the network, but dash has two types of nodes, masternodes and normal nodes.

Difference between masternodes and normal nodes

Nodes are nothing but computational devices in the network used to host, validate, maintain the ledger copies, and secure the system. The masternodes perform all these duties while also having the vote function for the governance of the network. Masternodes contain the complete copy of the ledger, while normal nodes can have a partial copy. Normal nodes help in mining more coins as they concentrate on only mining. To be a masternode, one should deposit an upfront sum of 1000 Dash coins with a specific set of hardware requirements like RAM, hard disk space, CPU, and network bandwidth.

Masternodes help in the special transactions that DASH has to offers. They are PrivateSend and InstaSend.

InstaSend feature is the extraordinary feature offered by the Dash. The validation process is done by only masternodes, thus making them instantaneous in real-time. This enables real transactions using Dash and can be used with merchants.

Decentralized Autonomous Organizations are the ones that work autonomously based on the precoded set of rules during the company’s inception. The founders and shareholders make decisions based on the voting process, and hence they are very transparent. DASH is essentially a DAO.

Dash currently occupies 18th position in the market cap with $625 million in value. The current trading price of the dash is $68.67, with a 24-hour trading volume of $216 million.

With all these features, Dash is amongst the most distinguishable cryptocurrencies out there, which proves that real-time usage of cryptocurrencies in our day to day life is indeed possible.