The FTSE 100 is developing an ascending wedge pattern; the bullish movement has led the British index to reach a critical resistance at the 7,572.2 level, the area from which we expect it to begin making a corrective move, possibly down to the 7,326 pivot. Sales are considered if the price closes below the breakout candle at 7,523. 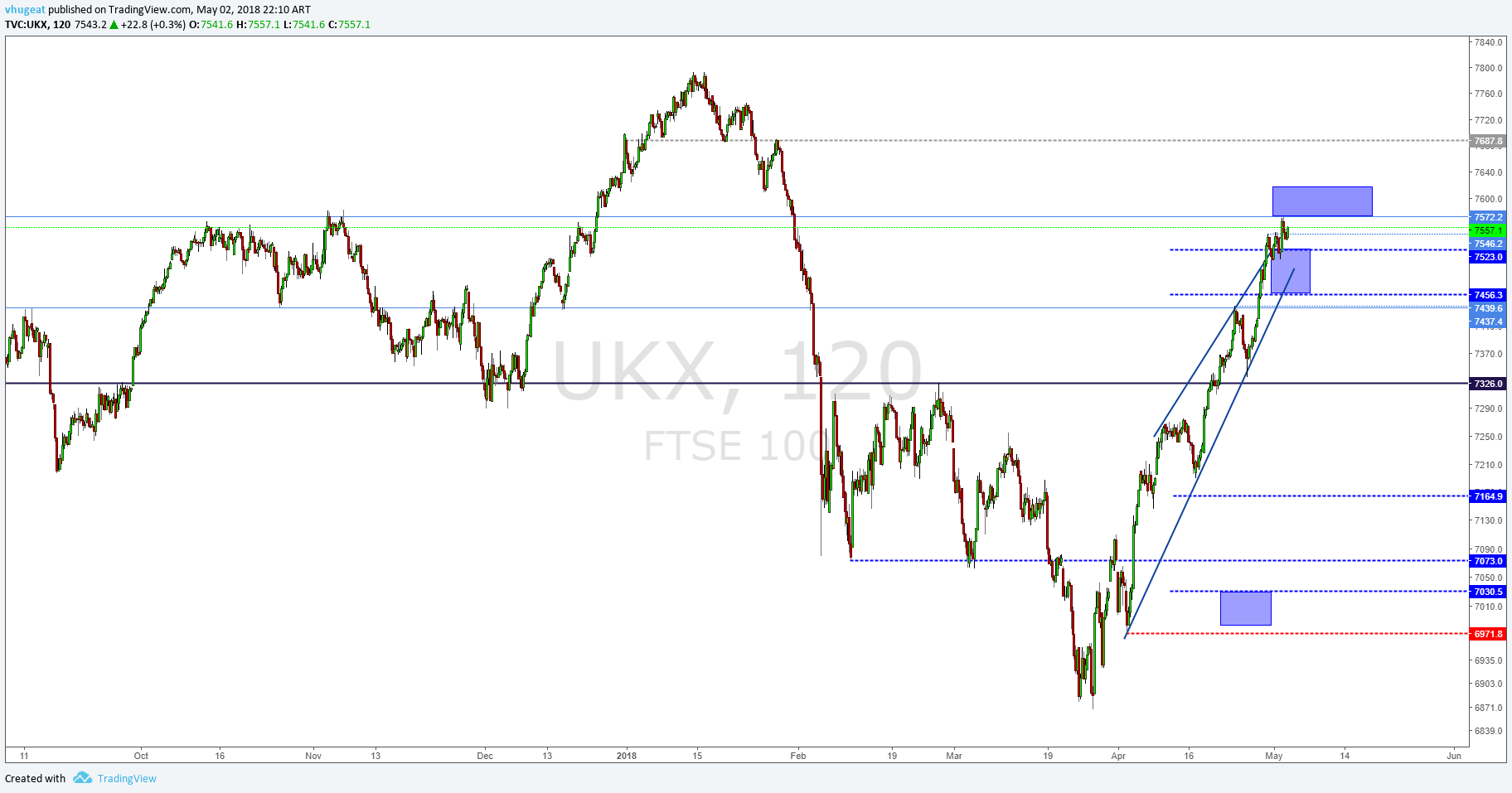 DAX 30. After the break on Tuesday, May 1st, the German index climbed above the resistance at 12,622.4, closing the session in the blue box that we have been watching since last week. This bullish movement that was developed in five waves could begin to correct in three waves, and from the end of this potential drop-down, we would start valuing long positions. 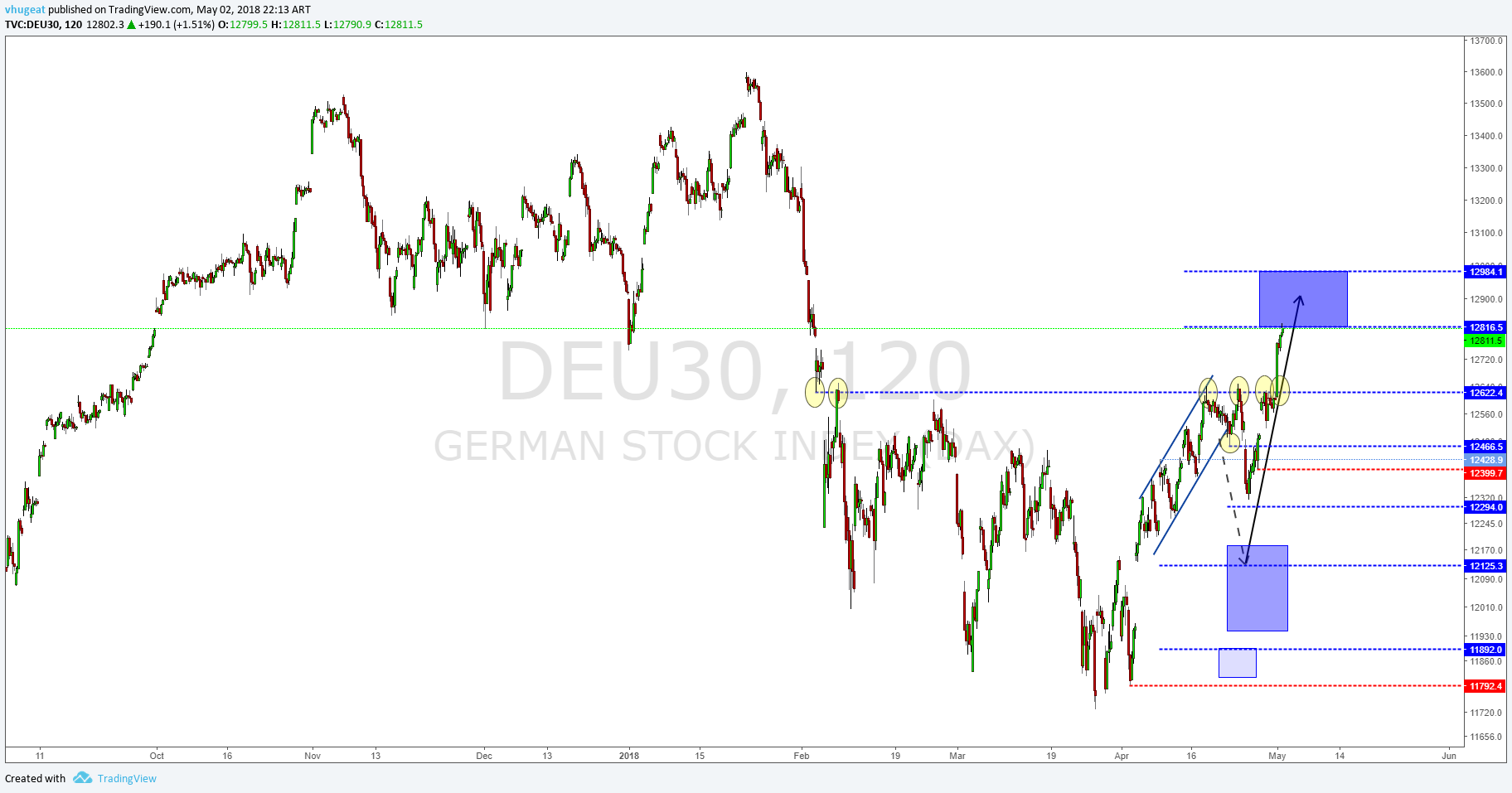 Dollar maintains the upward trend after the Fed’s decision to keep the rate unchanged.

The EURUSD continues its bearish trend consolidating below the 1.20 level; the Single Currency could fall from 1.1991 to 1.1833, where it could begin a bounce. Long positions are considered above the 1.2011 level. 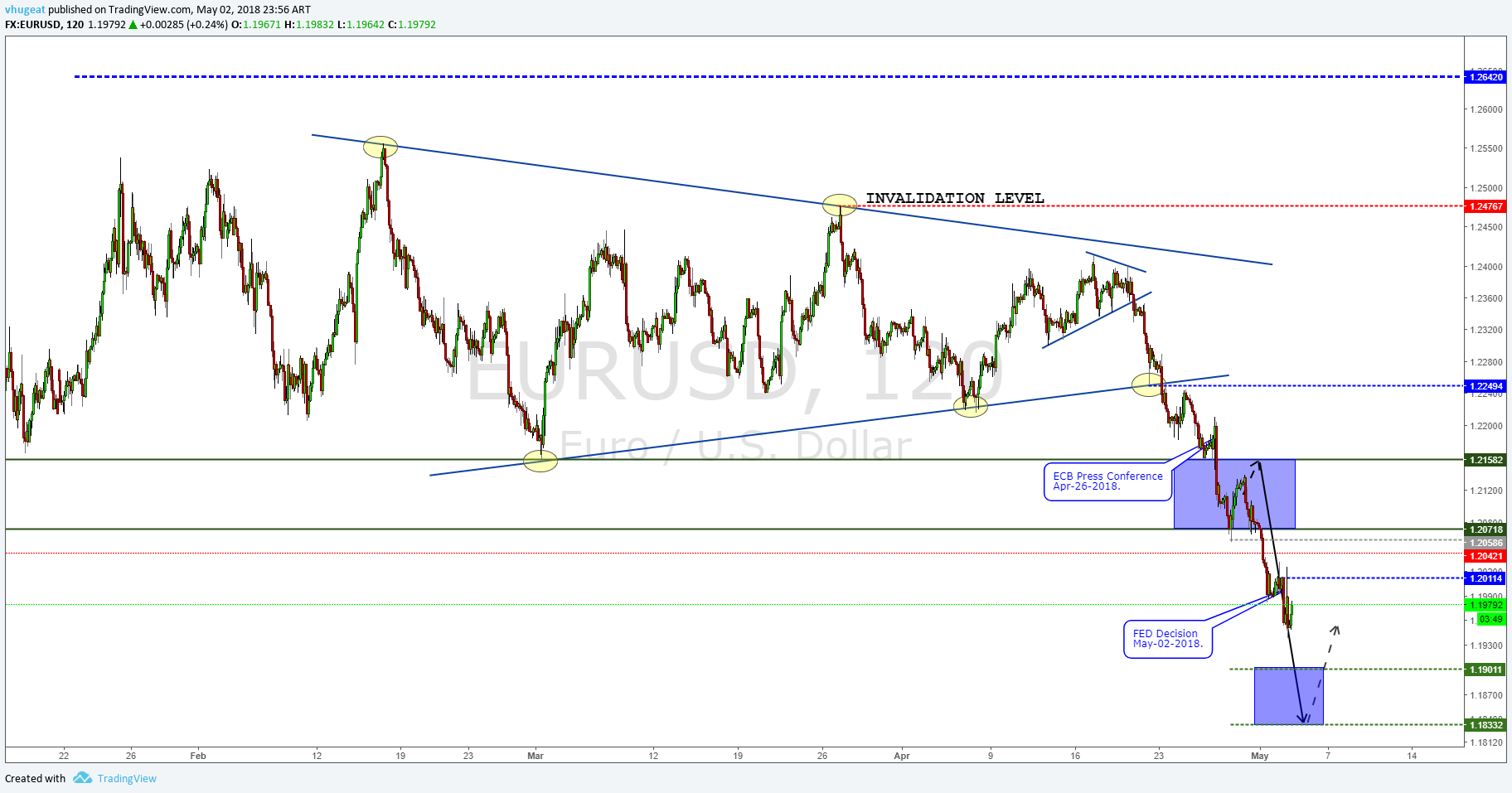 The Pound has broken down the support level of 1.36, entering in the potential reversal zone, where we foresee that it could perform a lower low reaching the 1.3481 level. At this level, buyers may be waiting to place their long positions with a target around the 1.39 zone. 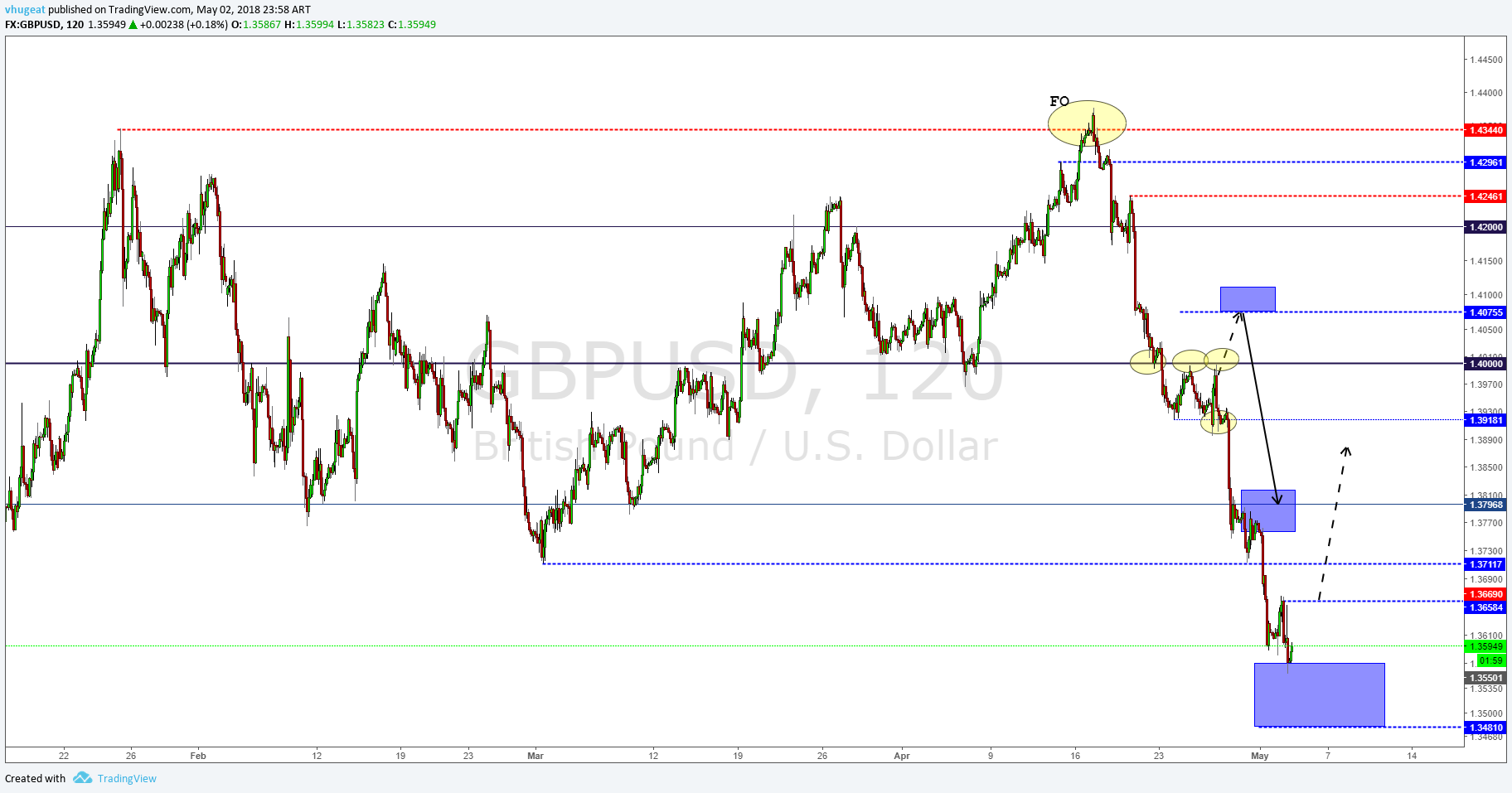 The Swiss franc is forming a top pattern around parity. It could form a spike, which we estimate should not exceed 1.03, where it should begin a corrective move. Our most conservative vision on short positions is once the price breaks-down below 0.9955 with a profit target at 0.9836. 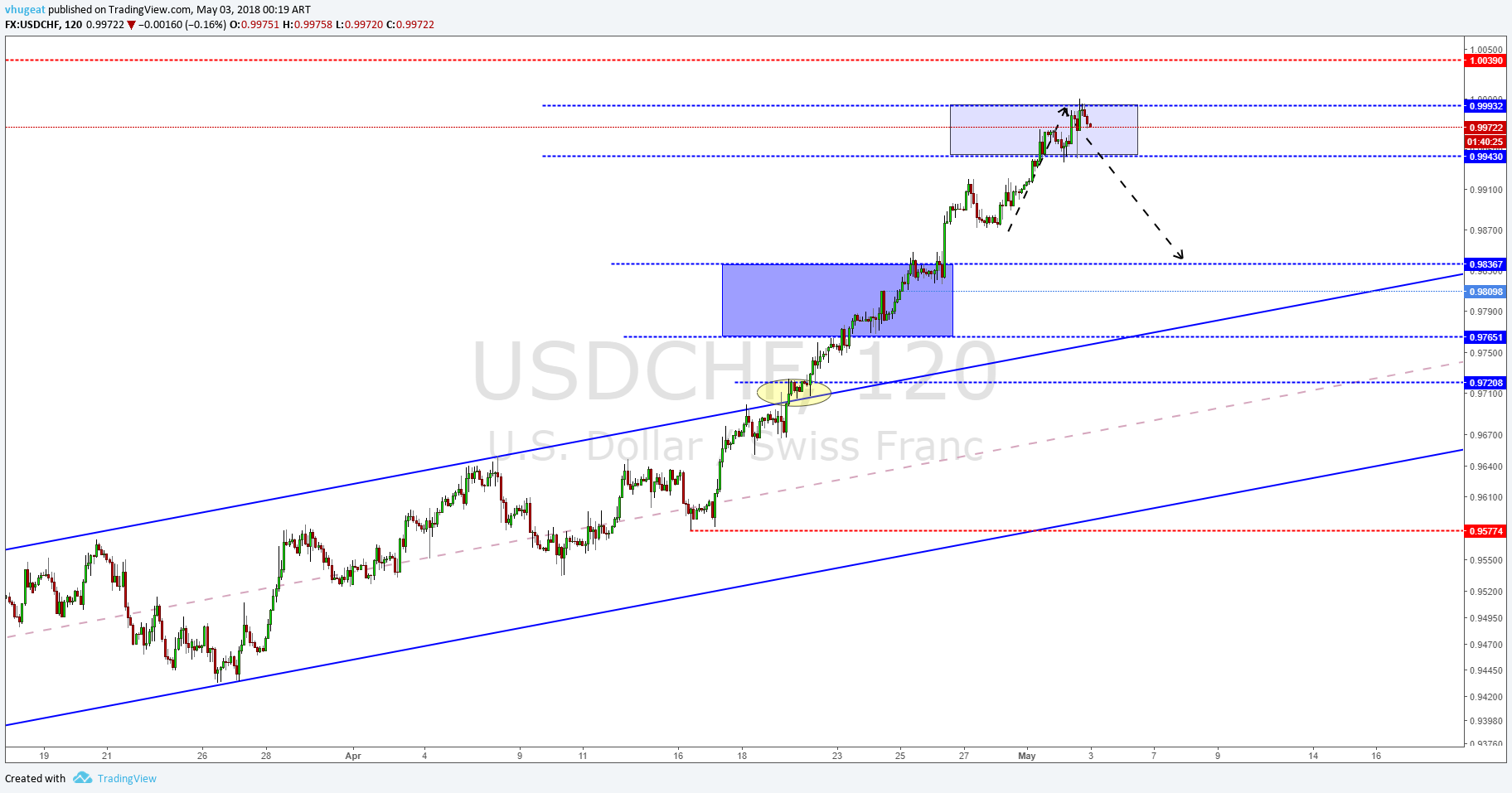