Bank of England decided to keep its interest rate unchanged

The Bank of England (BoE) held its interest rate unchanged at 0.5%. GBPUSD registered the weekly maximum at 1.3617 from where it continued with its bearish bias. For now, the cable moves sideways; we expect an upward corrective movement towards the 200 moving average, which could converge with the 1.3712 level and then continue with more declines. 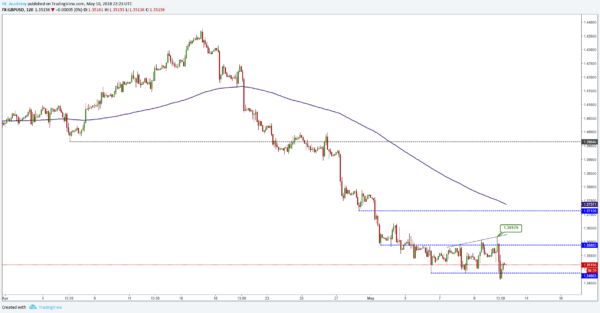 The FTSE 100 exceeded 7,700 pts, the highest level since the 23rd of January. The key drivers of the British index were: the retail company Next PLC (NXT) which closed the session gaining 6.14%, the broadcaster company IVT PLC climbing 6.05% and Royal Bank of Scotland (RBS) which advanced 3.77%. We maintain the bullish bias, bearish invalidation level below 7.486.6 pts. 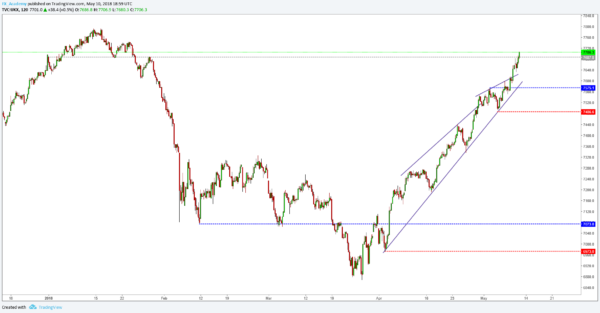 Core CPI (ex-energy and food) of the United States remained at 2.1% in April; the same level reached in March. After the inflation data release, the EURUSD climbed and is moving above 1.19 again, validating our scenario of the potential bullish 2B pattern published yesterday Tuesday the 9th in our charting section. 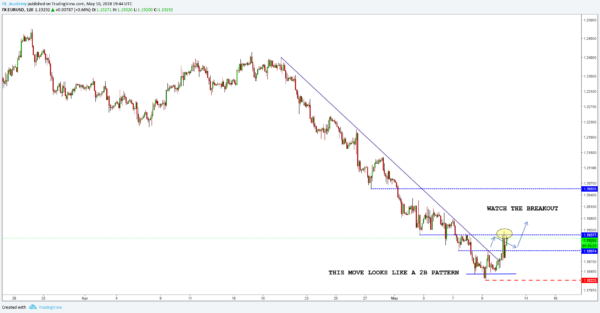 USDCHF could be developing a double top pattern, which would be activated if the price closes below 1.0003 (low between highs). The invalidation level is above 1.0056. Before placing short positions, we must wait for a break-down. 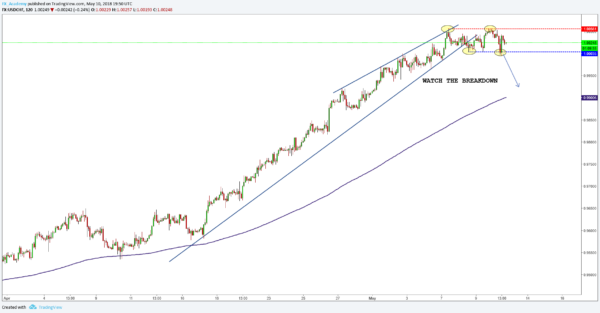 The DAX 30 index in the first half of the European session reached 13,030 pts; the highest level reached since February, following what we forecasted in previous market updates. We expect a continuation of this bullish action. The target area is between 13,250.5 to 13,497.7 levels. The level of invalidation of the bullish bias is 12,665.3. 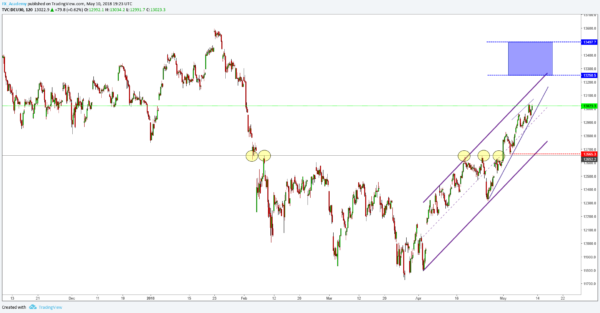