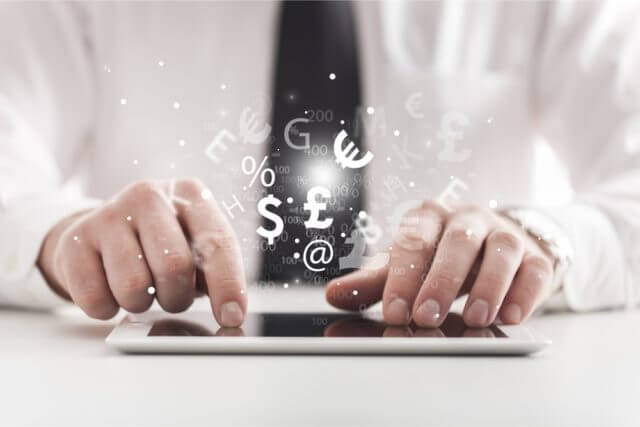 The ICE U.S. Dollar Index climbed 0.2% on the day to 97.83 on Friday. Over the weekend, the trade negotiators of the U.S. and China “agreed to resolve their core concerns properly and confirmed that the technical consultations of some of the text agreement were completed,” as per the given report released by China’s Ministry of Commerce.

The pound lost 0.2% to $1.2823. It is reported that French President Emmanuel Macron blocked the European Union’s attempt to delay Brexit for three months. On Sunday, the media reported that the E.U. hopes to agree on Monday to delay Britain’s departure to January 31 with an option to exit earlier.

The Guadian news agency freshly covered a story through saying that the European Union (E.U.) is ready to sign a deal that will offer a three-month Brexit delay, to January 31, 2020, with an option for the United Kingdom (U.K.) to leave earlier if a deal is approved.

The news reports reduced the scope of any further negotiations to the agreed deal with an option for the United Kingdom (U.K.) to leave earlier if a deal is approved.

Moreover, it also said that the United Kingdom has the responsibility to choose a candidate for the European Commission. The Prime Minister has said earlier that he will not present the nominee.

With the European Union on its way to reduce the scope of no-deal Brexit, a formal announcement will be expected during Monday’s European Union and British session to trigger drama in the United Kingdom, where signs for snap elections will be sparkled.

Notably, the greenback mostly supported by the recent positive sentiment between the United States and China trade talks and has Chicago Fed National Activity Index for September, -0.37 expected against 0.10 previous, up for publishing on the economic calendar.

Following a bullish channel breakout, the GBP/USD pair is bearish at 1.2835 area. Overall, the Cable is keeping a choppy series of 1.2950 – 1.2785. On the 4-hour chart, the bearish engulfing pattern is expected to keep the GBP/USD prices towards 1.2785 area today.

The MACD and RSI indicators are suggesting in the selling zone, maintaining the bearish trend in the GBP/USD. Consider staying bullish above 1.2832 today.

The safe-haven metal prices hit the bullish track despite the tension eased between the United States and China and reduce trade concerns as well. The U.S. Gold Futures gained 0.2% to $1,506.6.

The yellow-metal prices are high, almost 17% on the year due to the investors runs toward the safe-haven assets in the wake of currency devaluations, slowdown fears, and other tension, including China and Iran.

The bullish trend in the gold prices came today even after the tension easing between the United States and China. As well as U.S. President Donald Trump said that the discussions with China have reached on the progressed track and gave a hint that deal is come to an end, as China wants to get a contract very seriously.

On the other hand, the United States Federal Reserve policy decision is scheduled to deliver on Wednesday, whereas the central bank is broadly expected to deliver its 3rd-rate cut during this year.

Instead, traders will be excited to know if the rate cut this week would be the end of the easing cycle, or if more cuts are on the cards.

The Federal Reserve rate cut decision is scheduled to deliver just an hour after the report on the United States’ 3rd-quarter GDP, which is anticipated to show that the economy increased 1.7% during the -months to September, decreasing from 25 during the 2nd quarter.

Gold is trading bearish below 1,514 trading level, which is the triple top level. The gold price soared sharply to place a high around 1,517, but the gains were in checked, and gold slid to close nearby 1,505 level.

On the daily chart, gold’s ascending triangle pattern of gold is yet intact, and it may retain gold bearish under 1,514 and bullish over 1,496 till the breakout occurs.

The EUR/USD currency pair found on the 3-week bullish rally since January 2018. Whereas, the pair has closed its trading session at 1.1079 on Friday, confirming a bearish break of the trendline connecting October 11 and October 15 highs. However, the EUR/USD currency pair may take a strong buying in the Europan trading hours due to trade optimism headlines.

During the Friday, the United States officials said that the discussions with China have reached on the progressed track and gave a hint that the deal has come to an end. Moreover, President Donald Trump asked for congress to pass the USCMA trade pact and said that China wants a trade agreement.

On the other hand, the bullish trend in the EUR/USD currency pair could be limited due to Brexit uncertainty. Additionally, the strong bullish moves couldn’t be seen due to the data calendar has been dull in the European session, and investors may remain cautious ahead of Federal Reserves rate decision, which is scheduled to release on October 30. The market is expecting the 25-basis-points rate cut, but the market focus will be on the hint by the meetings due to there is a divided opinion. It should be noted that the European Central Bank’s outgoing President Draghi is scheduled to speak at 15:00 GMT. The central bank head is likely to reiterate the dovish stance.