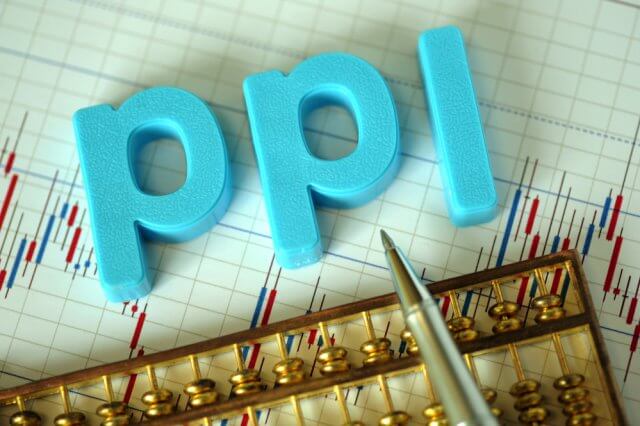 On the news side, the focus will remain on the Core PPI and PPI figures that are likely to underperform compared with the previous month’s data, with this, the dollar may get weaker against other currencies. However, the FOMC members’ speeches will be worth monitoring to predict further market action.

The EUR/USD closed at 1.17451 after placing a high of 1.18154 and a low of 1.17301. The EUR/USD pair dropped on Tuesday amid the strength of the U.S. dollar, dampened hopes of a coronavirus vaccine, and the rising number of coronavirus cases from the Eurozone along with the rising unemployment fears in the Euro area.

Euro currency remained stressed on Tuesday due to the strength of its rival U.S. dollar across the board. The impasse over the U.S. stimulus package after the comments from U.S. House Speaker Nancy Pelosi that the newly proposed stimulus relief bill from the U.S. President was not sufficient to meet Americans’ requirements gave strength to the U.S. dollar. The strength of the U.S. dollar weighed on EUR/USD pair on Tuesday.

Meanwhile, the market’s risk appetite was declined by Johnson & Johnson’s recent decision to halt the trials of their COVID-19 vaccine. The dampened hopes of a coronavirus vaccine weighed on the riskier currency Euro and dragged the prices of the EUR/USD pair further on the downside.

Furthermore, the coronavirus pandemic situation in European nations escalated and raised fears for the Eurozone’s economic recovery. The Eurozone’s economic prospects were also down because of the increased uncertainty about the Brexit deal and the U.S. presidential elections. The rising uncertainty caused an increased demand for safe-haven greenback that ultimately added to the EUR/USD pair’s losses on Tuesday.

Moreover, at 10:59 GMT, the German Final Consumer Price Index (CPI) for September remained in-line with the expectations of -0.2%. At 14:00 GMT, the ZEW Economic Sentiment from Eurozone dropped to 52.3 against the forecasted 72.0 and the previous 73.9 in October and weighed on a single currency added further in EUR/USD pair. The German ZEW Economic Sentiment also dropped in October to 56.1 from the forecasted 74.1 and the previous 77.4 and weighed on Euro that ultimately dragged EUR/USD prices on the downside.

The rising number of coronavirus cases in European nations has forced authorities to impose restrictions, which has raised fears for unemployment. The official data suggested that U.K. unemployment started to grow even before the government imposed new restrictions to control the virus’s spread. These fears continuously weighed on the euro currency and EUR/USD pair.

The EUR/USD pair traded sharply bearish to break below a solid support area of 1.1780 extended by an upward channel. On the lower side, the EUR/USD is gaining support at 1.1732 level, and the bearish breakout of 1.1732 level may lower the EUR/USD price further than the 1.1697 level. The MACD and RSI favor selling bias, but we may see a slight upward movement until the 1.1764 level before seeing further selling in the pair.

The GBP/USD pair was close at 1.29340 after placing a high of 1.30678 and a low of 1.29216. The British Pound fell sharply on Tuesday amid the rising concerns about the no-deal Brexit and fears over a looming lockdown hurt sentiment.

The French government has already said that it will not accept any bad deal in fisheries, and this has raised the uncertainty over the deal just ahead of October 15-16 European summit. The E.U. Brexit negotiator Michel Barnier will provide updates on Brexit negotiations at the E.U. summit. Barnier will elaborate on the E.U. summit’s situation on the Brexit’s key sticking points with the details about priorities and the red lines.

The British Pound remained under pressure as the concerns were raised after the French government’s warning about the no-deal Brexit. This weighed ultimately on the GBP/USD prices. Furthermore, the rising number of coronavirus in the United Kingdom forced the local government to impose further restrictions to control the virus’s spread. PM Boris Johnson said that the rising number of cases in the U.K. was flashing at them like dashboard warnings in a passenger jet.

Boris Johnson unveiled a new three-tier system that categories areas based on the medium, high, and very high alert levels due to an uptick in coronavirus cases across the country. The U.K. government’s rising restrictions to control the spread of the virus raised fears of economic recovery that weighed on the local currency, which added further losses in the GBP/USD pair.

On the data front, at 04:01 GMT, the BRC Retail Sales Monitor for the year from Britain rose in September to 6.1% from the expected 3.5% and the previous 4.7% and supported British Pound and caped further losses in GBP/USD pair. AT 11:00 GMT, the Claimant Count Change in September dropped to 28.1K against the forecasted 78.8K and the previous 39.5K and supported British Pound. In September, the Unemployment Rate rose to 4.5% from the forecasted 4.3% and weighed on British Pound and added the GBP/USD pair’s additional losses.

At 11:02 GMT, Britain’s Average Earnings Index came in as 0.0% for the quarter against the expected -0.6% and supported GBP. On the other hand, the NFIB Small Business Index was released from the United States at 15:30 GMT and raised to 104.0 from the anticipated 100.9 and supported the U.S. dollar that dragged the GBP/USD pair even downward.

The GBP/USD is trading at 1.2894 level, holding right below an immediate resistance level of 1.2944. The resistance is extended by an intraday horizontal level on the two-hourly timeframes. Below the 1.2944 resistance level, the Sterling can trigger selling until the 1.2894 level and 1.2845 level. On the flip side, a bullish breakout of 1.2944 levels can trigger buying until the 1.2994 level. The leading indicators, such as MACD and RSI, support selling; therefore, it’s worth taking a selling trade below 1.2944 today.

The USD/JPY closed at 105.475 after placing a high of 105.625 and a low of 105.234. The risk aversion market sentiment kept the USD/JPY pair on the high on Tuesday. The impasse supported the market sentiment over the U.S. stimulus package, the pandemic spread worldwide, and the pause of vaccine trials by Johnson & Jonson along with the Australian and Chinese recent clash.

The latest talks between Republicans & democrats for a fresh round of stimulus measures also failed to provide meaningful results and weighed on market sentiment. The U.S. House Speaker Nancy Pelosi downplayed the hopes for another round of stimulus package further after saying that the newly proposed package by US Trump was insufficient to meet the United States’ needs.

These dampened hopes over the next round of coronavirus relief bill raised risk aversion market sentiment and supported the U.S. dollar due to its safe-haven status and supported USD/JPY pair. Furthermore, the risk-off market bias was underpinned by the rising number of coronavirus cases across the globe and the governments’ restrictive measures to curb coronavirus’s effect on the economy. The economic recovery concerns raised even further after the IMF report that revealed that business and other economic activities were highly disturbed by the coronavirus pandemic-induced lockdowns.

However, the IMF projection for the global recession somewhat improved on Tuesday to 4.4% than the previous projection of 5.2% in summer. This projection helped improve the risk sentiment and weighed on the safe-haven Japanese yen that added further gains in the USD/JPY pair.

The U.S. Dollar Index was up by 0.5% on Tuesday after the risk sentiment suffered due to the pause of vaccine trials by Johnson & Johnson. The company paused its trials after an unexpected illness was found in one of the participants. This pause increased the uncertainty over the economic recovery and supported the safe-haven greenback that pushed the USD/JPY pair.

On the data front, at 04:50 GMT, the M2 Money Stock for the year from Japan dropped to 9.0% from the expected 9.1% and weighed on the Japanese Yen that added strength to the USD/JPY pair on Tuesday. At 15:00 GMT, the NFIB Small Business Index for September advanced to 104.0 against the expected 100.9 and previous 100.2 and supported the U.S. dollar that lifted the USD/JPY pair. At 17:30 GMT, the CPI and the Core CPI data from September remained flat with the anticipated 0.2% and had a null-effect on the U.S. dollar.

The USD/JPY traded sideway, with a neutral bias within a narrow trading range of 105.600 level to the 105.250 mark. Most of the selling triggered following the USD/JPY disrupted an upward channel at the 105.900 mark on Monday. The USD/JPY is trading at 105.459 marks, the support that’s was prolonged by double bottom mark on the two-hourly charts. A bearish violation of the 105.450 mark may encourage additional selling unto the 105.070 support level as the MACD, and the 50 periods EMA are in support of selling sentiment today. Let’s consider opening sell trade beneath 105.60 and buying over 105.250 level today. Good luck!