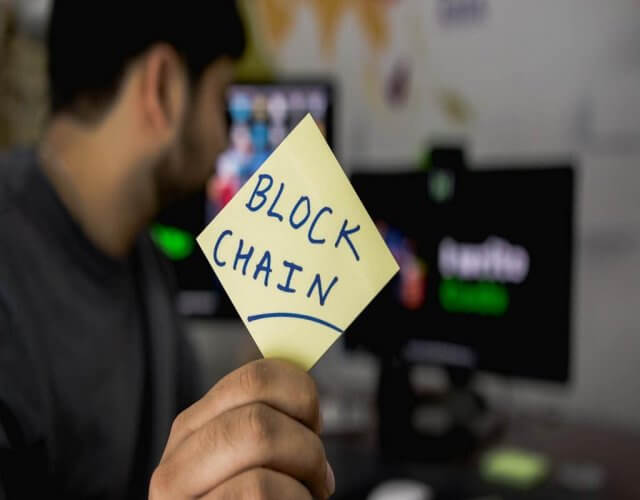 Cryptocurrencies were specially designed to give individuals power and control over their finances. But this big vision has been marred by cryptocurrencies’ association with crime. Such a negative perception threatens to derail cryptos from achieving their intended mission as it attracts the attention of governments and other regulatory agencies.

By hiding behind the decentralized, peer-to-peer, and anonymous nature of Blockchain, many cybercriminals have latched on digital currencies to engage in illegal activities online.

In this article, we explore the parallels between blockchain/cryptocurrencies and crime and how to deal with crypto-crime:

What is the Blockchain?

First popularised by Bitcoin creator Satoshi Nakamoto in 2009, Blockchain is a digital ledger that allows for the creation of immutable, peer-to-peer, and distributed records. 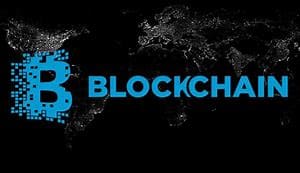 One of the critical features of blockchains is ‘decentralization’ – which makes them autonomous and independent of third-party control and intervention. Decentralization makes Blockchain not just uncensorable but also eliminates the costs associated with third-party intermediaries.

Cryptocurrencies were the first and are still the most popular application of Blockchain. And thanks to the highly decentralized nature of Blockchain, crypto transactions are not regulated or audited by government authorities. Blockchain also employs the use of private and public keys, as opposed to real-world identities. This makes it challenging to identify the true identity of the individual behind a particular crypto transaction.

It’s this anonymity/pseudonymity that makes cryptocurrencies highly attractive to cybercriminals.

The Rise of Crypto Crime

The rise of crypto crime can be traced back to the early days of Bitcoin and to the infamous Silk Road saga. The now-defunct dark web marketplace hosted all manner of criminals and encouraged such criminal activities as money laundering, illegal sale of drugs and firearms, contract hacking, sale of other contrabands, with transactions being carried out in Bitcoin. 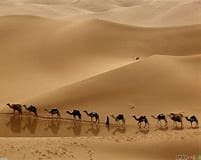 The site was eventually shut down by the FBI, and its creator – Ross Ulbricht, sentenced to life in prison. Note that while Silk Road employed numerous anonymization techniques, especially the Tor network. But it was the use of Bitcoin for transactions that highlighted how cryptocurrency could be used to fuel illegal online activities.

Crypto crimes do not always involve a shady website on the dark web. As crypto becomes more popular, the more crypto crime becomes more brazen and high-tech. Today, Most crypto crimes revolve around ICO scams, cryptojacking, ransomware, money laundering, sim-swaps, and Pyramid/Ponzi schemes. While the majority of these incidents prove to be a new normal that the cryptoverse has become used to, others continue to make the headlines.

Crypto Ponzi schemes are best exemplified by the case of OneCoin, a Ponzi scheme that defrauded investors across the globe around $4 billion. The scheme director Dr. Ruja Ignatova is still on the run, but several other conspirators have since been convicted.

Another high-profile case of SIM swapping involved AT&T and $24 million worth of cryptocurrency. The telecommunications conglomerate is still embroiled in a legal case with Michael Terpin, a Bitcoin investor, who lost $24 million worth of Bitcoin. Terpin said that an AT&T employee at a Connecticut store transferred his phone number to a new SIM card. The action, he says, made it possible for a hacker to transfer crypto funds to a different account.

Not all crypto crimes are cleverly engineered Ponzi schemes or hid behind the veil of technology. Occasionally, you’ll hear of brazen attacks such as the case in Thailand where attackers kidnapped a tourist and forced him to transfer $100, 000 worth of Bitcoin. In Ukraine, the Exmo crypto exchange’s Finance executive was also kidnapped and forced to transfer $1 million in Bitcoin. In New York City, a man lost $1.8 million of Ether after his “friend” organized for him to be kidnapped with the assailant forcing him to reveal his private key. Yet another case occurred in Instanbul when a businessman was taken hostage by armed assailants who forced him to transfer $2.83 million in crypto.

The irreversibility and anonymity of blockchain transactions imply that crypto criminals have almost always gotten away with their loot.

But different institutions are continually coming up with mechanisms aimed at pushing back and helping crypto crime victims. And one such company is Chainalysis that has taken up the role of tracking crypto crimes.

They achieve this by tracking every public address tied to a particular transaction in the Blockchain. Next, they follow the trail of the funds in the particular address and identify whether they’re moving them across other addresses in crypto exchanges or liquidating them for fiat currency. They compare these transactions with the information provided by fraud victims and work with the authorities to track down perpetrators.

Other companies have created software that gives authorities the upper hand while investigating crypto fraud. This is the approach taken by blockchain company BitFury, whose software enables law enforcement to track down blockchain addresses that have a high inclination for cybercrime. The software is also capable of producing crypto-crime-specific legal reports.

These companies are fighting back and debunking the myth that crypto crime is permissible just because of the unhackable and anonymous nature of Blockchain.

As crypto crime persists, countries have put in place stringent measures aimed at clipping its wings. The U.S. is, for instance, planning to crack even harder on the crypto sector. According to the federal budget proposal for 2021, the United States Secret Service will fall back to the jurisdiction of the Treasury. According to the proposal, this move will, among other goals, address the Trump administration’s intention to “address emerging threats such as the use of cryptocurrencies in money laundering and terrorist financing.” 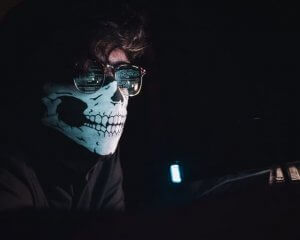 The proposal states that “technological advancements in recent decades such as cryptocurrencies and the increasing interconnectedness of the international financial market place have resulted in more complex criminal organizations and revealed stronger links between financial and electronic crimes.”

This move is not unprecedented when you consider the comments of high-profile figures with regards to cryptocurrency. Steve Mnuchin, Treasury Secretary, called Bitcoin a “national security issue,” which has been “exploited to support billions of dollars of illicit activity like cybercrime, tax evasion, extortion, ransomware, illicit drugs, and human trafficking.”

Last year, President Trump tweeted that Bitcoin and other cryptocurrencies “can facilitate unlawful behavior including drug trade and other illegal activity…”

Switzerland also plans to exact stricter measures on the crypto market through the Swiss Financial Market Supervisory Authority (FINMA). The organ plans to inject more transparency into crypto dealings by requiring transactions valued at over 1,000 francs to be accompanied by Know Your Customer (KYC) info. This is a drastic adjustment to an existing regulation that only required KYC requirements for transactions valued over 5000 francs. FINMA argues that this move is set to check the “heightened” risk of crypto-enabled money laundering.

The shift came about a few days after the European Union implemented its fifth Anti-Money Laundering Directive, which requires all crypto companies in Europe to conduct KYC and AML procedures on all their prospective clients. The directive explicitly states that crypto-related businesses must prove that the owners and senior management are “fit and proper.”

While criminals have been inclined to use cryptocurrency due to its ‘untraceable’ nature, this reality is fast changing. Advancing technology plus new ways of looking at blockchain transactions will help crypto shed its reputation as money for criminals. This, combined with austere regulatory policies, will probably be the beginning in restoring the glory that cryptocurrency deserves.