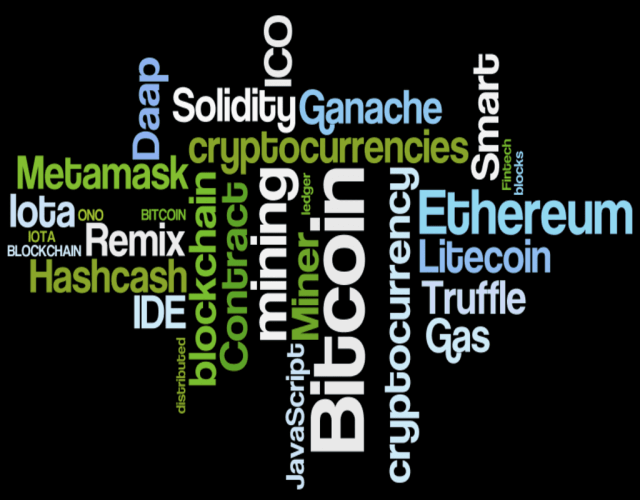 The crypto and blockchain worlds are oftentimes referred to as cryptoverse or blockchain verse for simply being an independent and relatively new financial ecosystem. From the concepts to the unique language, it can be overwhelming to play catch up with all the words and phrases, especially if you are new to the trade. For instance, what is a blockchain? What does “HODL” or “mooning” mean?

This crypto glossary helps you familiarizes yourself with the most common terms and phrases that you will almost certainly come across as you navigate the world of cryptocurrency and blockchain.

We cover everything – from the meaningful ones to the slang, and anything in between – here:

A 51% attack is an attack on a blockchain involving a party taking control of over 51% of the network’s hash rate. This would render the blockchain vulnerable, allowing the party to double-spend coins, hijack transactions, prevent the verification and confirmation of transactions, and stop miners from completing transactions.

Block height is the numeric reference to any block on a blockchain. The first-ever block is referred to as block height 0.

The Bitcoin protocol is programmed such that only 22 million coins will ever exist. To control the release of new coins, mining rewards are slashed in half after every 210,000th block. In the beginning, the reward for mining a new block was 50 BTC. That was halved to 25 in 2012 and again to 12.5 in 2016. It fell again to 6.25 a week ago. After the 64th’ halving’, no more bitcoins will be released. That’s estimated to happen around 2140.

HODL is a meme in the crypto sphere that refers to holding onto your crypto rather than selling. It came into existence in 2013 when a drunk crypto trader wrote ‘hodl” rather than ‘hold’ on the bitcointalk.org forum. See the original thread here.

‘Lambo’ for Lamborghini is a popular phrase in crypto lingo. It symbolizes the ultimate dream for a crypto trader: to be rich enough to afford a Lamborghini!

This refers to the phenomenon of a cryptocurrency shooting up massively in price, seemingly out of nowhere. It was coined in 2017 when this was a regular trend. The entire crypto market ballooned from $15 billion around January to a jaw-dropping $600 billion by December. Ripple benefited the most from the boom, gaining by 28,963% over the period.

Satoshi is the smallest unit of Bitcoin. It is the hundredth millionth of a single bitcoin (0.00000001).

Flippening is when another cryptocurrency will topple Bitcoin from the top of the crypto market. Ethereum and Litecoin have been touted to be potential ‘flippeners.”

These are individuals or entities with significant holdings of a cryptocurrency. If they sell their holdings, the market will feel the effect – just as whales displace water when they move.

This is a crypto scam in which scammers launch a promising crypto project. They will then raise funds through an ICO. The business will then exist for a while, all while demonstrating activity and progress in the roadmap. Soon, however, it vanishes into thin air, leaving investors in the lurch.

This is a worthless cryptocurrency that has mostly failed to live up to initial craze or was never a big deal to begin with—a valueless or a copycat currency.

Cryptojacking refers to the act of a hacker using malware to utilize your computer to stealthily mine crypto.

A distortion of China, a country with a love-hate relationship with cryptocurrency and one with the largest number of miners.

Shill refers to an individual who underhandedly promotes a digital currency project while pretending no to, and who is potentially paid to do so.

Weak hands refer to inexperienced traders who make emotional trading decisions. These traders will usually sell whenever the market takes a bearish trend or in the event of bad news. It’s the opposite of strong hands who in turn, are uber-good in HODLing.

This is the difference in the price of a cryptocurrency in different exchanges. It allows savvy traders to buy crypto at a lower price on one exchange and sell it at a higher price at another, making a profit.

This is a reward offered by software developers for people to identify software vulnerabilities or bugs in code. This allows developers to identify and eliminate any errors in a project before it’s officially released.

A fork is essentially a blockchain splitting into two branches. This can happen for any of several reasons: security update, a scalability update, part of the community wanting to go another direction, and so on. There are two types of forks. A soft fork is compatible with earlier versions of the chain. A hard fork is a radical and permanent offshoot that’s not compatible with earlier versions.

Mainnet is short for ‘main network’, and it refers to the actual network on which transactions and other operations will take place. A mainnet is the opposite of a testnet, on which trials are run.

This is a free distribution of tokens to a crypto community. The idea is to promote the project or to thank people for signing up.

These are people that are diehard Bitcoiners. Bitcoin maximalists believe with unwavering conviction that the currency is the most superior cryptocurrency and the only one worth caring about.

An ICO is short for ‘Initial Coin Offering’ and refers to the process of a cryptocurrency project raising funds by selling crypto. Interested investors can then buy the coins. ICOs are very much like Initial Public Offerings (IPOs) through which traditional companies raise money by floating shares and stocks.

Mining is the process of verifying, confirming, and adding transactions to the public ledger. The cryptographic nature of cryptocurrencies means this process will require massive computational resources. People who provide these resources are called miners. In exchange, a blockchain network rewards miners with crypto coins or part of the transaction fee for the services.

A private key in cryptocurrency is like your bank passcode. It allows you to access, send, or withdraw coins. If someone gets their hands on your private keys, they can access your funds. Crypto transactions are irreversible, implying that if someone withdraws your funds, they’re gone forever. It also means you have to take every available safeguard to protect your private keys.

In the context of cryptocurrencies and the blockchain network, cold storage refers to the keeping of your private keys offline. This makes it immune from hacking, malware, phishing attacks, and other online vulnerabilities. Cold storage is by far the safest option for storing your crypto funds. It’s highly recommended to keep especially large crypto holdings in cold storage.

Altcoins is the name given to all other cryptocurrencies apart from Bitcoin. An altcoin can have its own independent blockchain or be built atop a blockchain that supports smart contracts such as Ethereum, Stellar, and NEO.