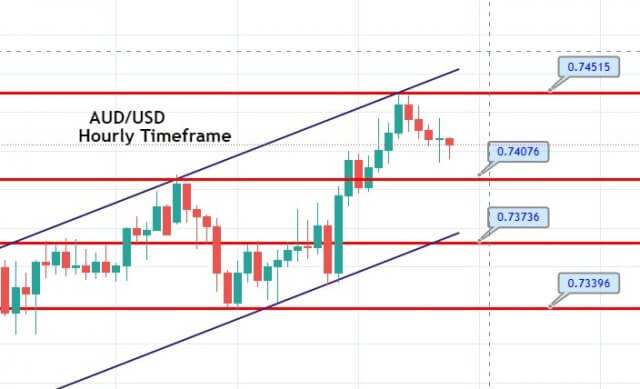 The AUD/USD pair was closed at 0.74414 after placing a high of 0.74493 and a low of 0.73977. The AUD/USD pair advanced to its highest since August 2018 on Thursday over the broad-based U.S. dollar weakness and the rising risk sentiment in the market. The U.S. dollar saw a massive sell-off on Thursday that led the U.S. Dollar Index to fell to its 2-years lowest level at 90.50. The latest decline in the demand for the U.S. dollar was droved by the rising hopes of a second round of stimulus package by Congress.

The second round of stimulus talks was resumed that succeeded in getting a consensus on a $908 billion bipartisan bill for coronavirus pandemic. The Democrats said that they would back the proposal as it was the starting step toward the stimulus package. These optimistic statements raised the hopes that the second round of financial aid from Congress for coronavirus pandemic will be released soon and support the economy. These hopes weighed on the U.S. dollar and supported the AUD/USD pair’s gains on Thursday.

The risk-perceived Australian dollar also followed the risk appetite and reached above its more than 2-years highest level as the optimism in the market related to vaccine development continuously supported the quick global economic recovery. This optimism also raised hopes that soon the vaccine will circulate in the market, and the economy will return to its pre-pandemic level that would help people return to their everyday routine lives. These positive hopes kept the market sentiment higher and supported Aussie’s risk on the bullish track.

We are really sorry for the unexpected result but we are working very hard to improve this strategy and let you enjoy it asap.